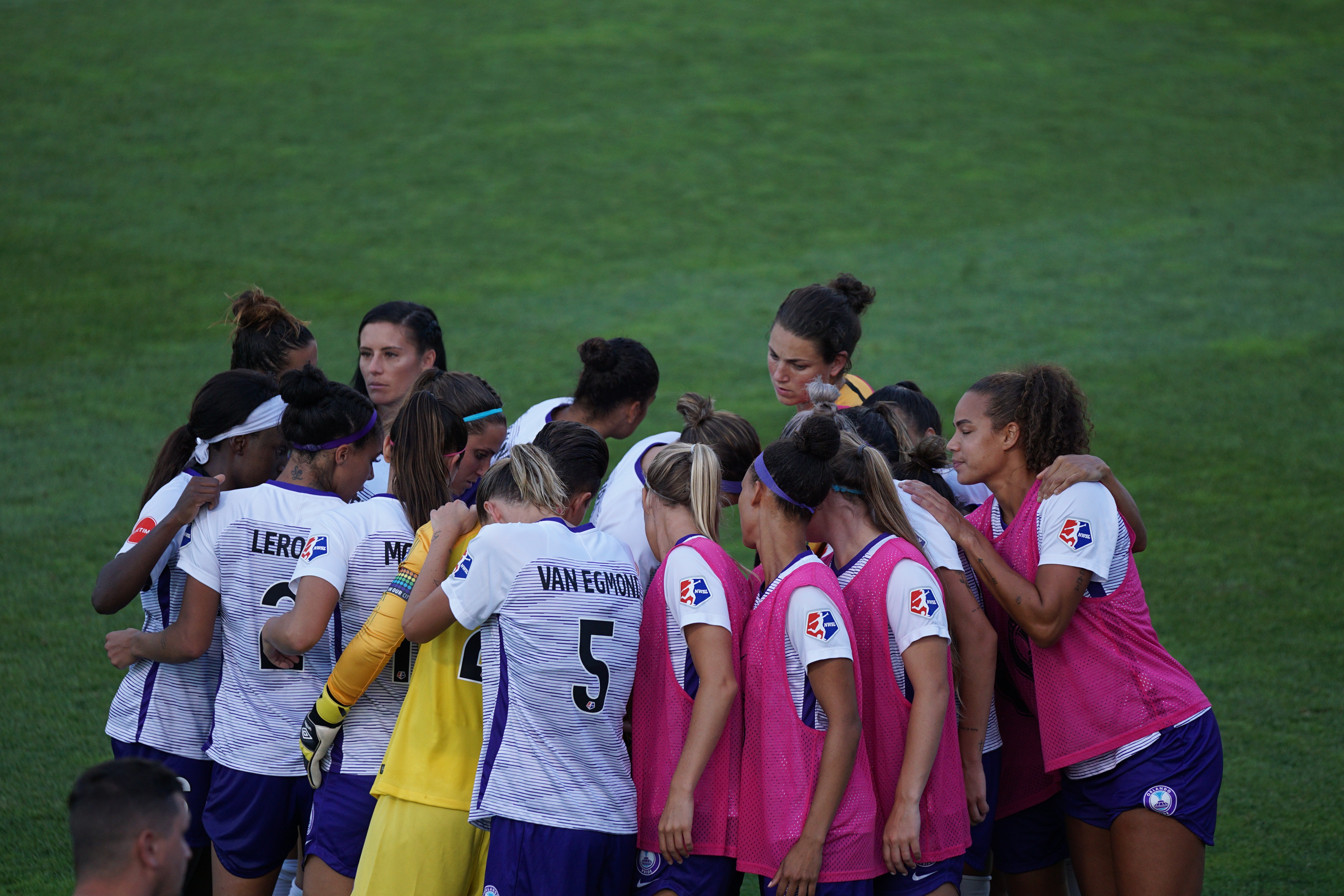 Why Female Athletes Have More ACL Injuries Than Males

Female athletes rupture their anterior cruciate ligament (ACL) more frequently than males…nearly 6-8 times more! In a case like this, health insurance for college athletes would be a step worth taking. As your health should be your top priority, at least if you cover your back, you won’t have much to worry about, even if an accident like this does occur. Just like with anything, it is better to be safe than sorry. If you are in the process of recovering from an injury like this and are preparing to return to a sport then it might be wise to look at cbd for athletes beforehand.

The most common sports in which female athletes suffer ACL injuries are soccer and basketball, primarily because of the jumping, landing, and quick direction-changes involved in these sports.

To explain why so many of our young female athletes are enduring such a devastating season-ending injury, we break it down into four categories: Anatomy, Strength, Biomechanics, and Hormones

Before going any further, let’s be clear that males experience torn ACLs as well (all too often, in fact), and the injury is not any easier for males to recover from compared to females. In all cases, there are common variables – some modifiable, some not – that lead to this life changing knee injury, which inevitably impacts the athlete’s future. If you have had a life altering injury then one thing then one thing that you might want to consider is making sure you have a comfortable mattress for when you go to sleep. You can check out these mattress sizes here. This might seem like a small thing, but you might find it very helpful to you and to your recovery.

Females typically have a wider pelvis, which means the upper legs will have a more angled alignment, known as a “Q angle” and as shown in the image below. A larger Q angle leads to an increased angle at the knees and greater demand on the stabilizing ligaments of the knees, especially the ACL and MCL (medial collateral ligament). 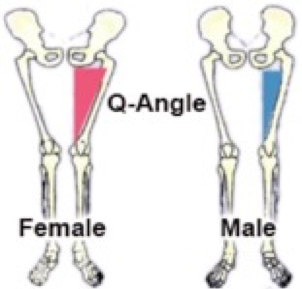 The intracondylar notch is a space in the knee, through which the anterior and posterior cruciate ligaments cross (ACL, PCL). A correlation between a narrow intracondylar notch (more common in females) and ACL tears, suggests that a narrow notch could be a risk factor for ACL injury. 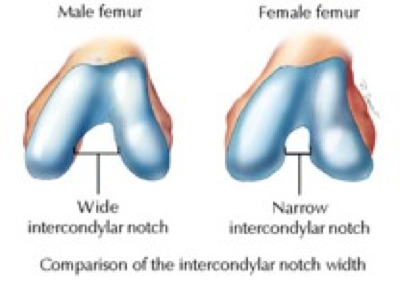 Thirdly, a smaller ACL may be more prone to injury, compared to an ACL of larger size. A study involving male and female surgical candidates found that the ACL of an injured knee was significantly smaller in size than the opposite knee and compared to uninjured knees; therefore, females and males with smaller ACLs could potentially have a naturally higher risk of injury.

The anatomical risk factors are non-modifiable and generally unidentifiable through screening.

Muscular strength and endurance around the knee, especially around the hips and core, can help to protect the knees from stressful loads on the ligaments. Young female athletes tend to have more weakness through the hips and core, which directly contributes to their higher rate of injury.

Many young female athletes, even those who are highly skilled in their sport, have weakness of the gluteal and hamstrings muscles on the back-side of the legs, and they compensate with very strong quadriceps muscles on the front of the thighs. The term “quad-dominant” describes a muscle-firing pattern that relies too heavily on the quadriceps muscles, rather than engaging supportive muscles from the posterior chain (gluteals, hamstrings, etc). As a result, force from the quadriceps places extra stress on the ACL and may lead to traumatic or chronic breakdown of the ACL. 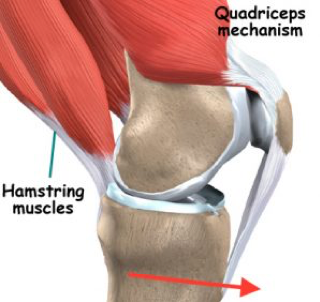 On an optimistic note, strength and endurance deficits are modifiable risk factors that can be improved with a sport-specific strengthening program.

A classic movement pattern typical for young female athletes and highly associated with ACL ruptures is a knee valgus position. Knee valgus alignment is evident when the knee is positioned inward toward midline of the body, rather than remaining in a direct line from the hip to the foot. This valgus position initiates tension on the ACL and MCL in the knee, and leaves it susceptible to a major injury. 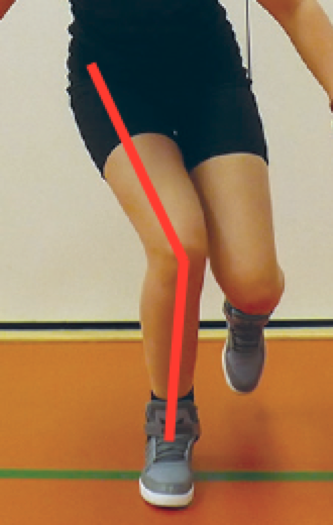 When landing from a jump, decelerating, or quickly changing directions, a knee valgus tendency is most pronounced, as shown in the image above.

Females have a greater tendency to collapse into a knee valgus position, while males tend to bend the knees and hips more and maintaining better alignment from the hips to the feet.

Altered mechanics is the leading predictor of ACL injury. The good news is that mechanics can be improved with training!

Together, strength and biomechanics are integrated and referred to as “neuromuscular control.” When trained properly, neuromuscular control is the most effective variable for reducing the risk of ACL injury by 50-80% and improving balance, agility, and motor control.1,2,3,4

A study by the National Athletic Trainers Association suggests that hormones put females at a higher risk for ACL injury. Hormone differences between males and females, and possibly the length of exposure to those hormones during a monthly cycle, could contribute to ligament laxity and potential for injury.5,6

Educating parents, coaches, and athletes about the risk for female athletes will hopefully promote early, proactive intervention and reduce the frequency of ACL injuries.

Rather than relying on luck, know which areas you can improve in and pave your way to a long and prosperous athletic career! 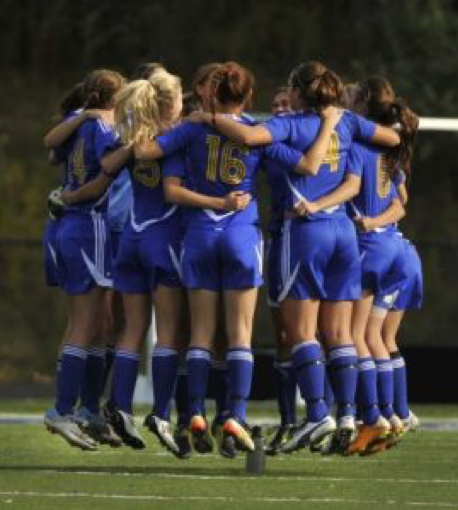 For more discussions about preventing injuries and supporting successful athletes, join our free Facebook group Keeping Athletes In The Game

Feel free to Contact me here if you have questions or comments!