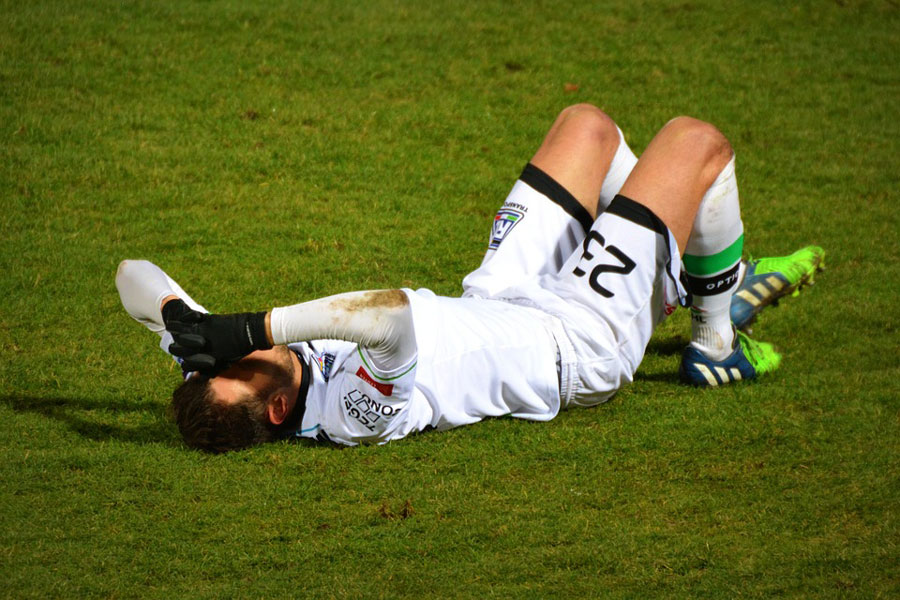 ACL Injuries – Get to Know the Risk Factors

The Anterior Cruciate Ligament, commonly referred to as the ACL, is a dense band of tissue that provides stability to the knee. Fibers of the ACL can

THIS WEEK FROM OLYMPUS: ACL INJURIES. THE GOOD, THE BAD, THE UGLY: A PREVENTATIVE APPROACH (PART 2)
3 Ways to Protect Your Players’ Knees in 3 Minutes
Fighting Inflammation with Food

The Anterior Cruciate Ligament, commonly referred to as the ACL, is a dense band of tissue that provides stability to the knee. Fibers of the ACL can be injured or torn when abnormal movement forces the ligament beyond its capacity. Typically, a combination of motions involving twisting at the knee while weight-bearing results in excessive load and rupture of the ACL.

These injuries are often in non-contact environments, meaning the player was not necessarily in a collision or contact with another payer, but rather cutting, changing directions, or landing from a jump. 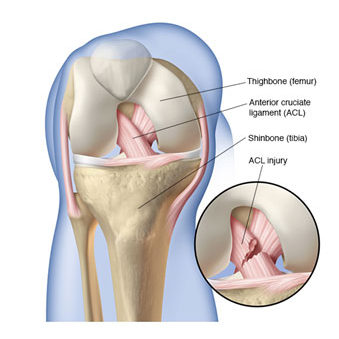 ACL injuries are devastating for an athlete and often bring the season to an abrupt halt in order for proper rehabilitation (likely including surgery) to take place.

Many victims of torn ACLs have certain characteristics in common and identify with several of the risk factors which may predispose them to a non-contact ACL injury. While some risk factors are modifiable and others are not, understanding and addressing such factors with proper training and good decision-making can ultimately reduce the likelihood of sustaining such a severe knee injury.

Anatomical and structural characteristics, neuromuscular control issues, and extrinsic variables have been identified as factors contributing to increased risk for suffering from an ACL injury.

Certain anatomical and structural characteristics place the ACL in a more vulnerable position for maintaining stability of the knee. Variations in the anatomical development of the knee, such as the depth of the intercondylar notch and the thickness of the ACL tissue, have been shown to be associated with tears and ruptures.  Increased joint angles and body alignment through the pelvis, hip, and knee may naturally predispose one to be at higher risk as well.

Females have a 9 times greater rate of non-contact ACL ruptures for various reasons related to strength, structure, hormones, and biomechanics – a topic that will be covered in more detail in another article (and deserves an article of its own). Many individuals demonstrate general ligament laxity, having a natural tendency to hyperextend their knees, elbows, or thumbs. Ligament laxity, or joint hypermobility, has been correlated with a higher risk of ACL injury.  Additionally, having a prior history of ACL injury also places an individual at higher risk for re-injury.

While the anatomical and structural risk factors mentioned above are generally non-modifiable, they are valuable in understanding one’s risk. The more factors that an athlete identifies with, the greater the overall risk. For example, a female with “knock-knees”, general ligament laxity, lack of body control (described below), and a prior history of ACL injury has a greater likelihood of sustaining another non-contact ACL injury compared to someone without these identifiable risk factors. 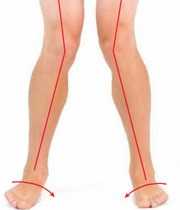 Neuromuscular control includes body control and biomechanics through the lower extremity during activities like cutting, jumping and landing, decelerating, and changing directions. Poor neuromuscular control during dynamic activities often results in the knee moving inward, away from neutral alignment, placing greater stress on the ACL.

Typical biomechanical compensations are evident when observing the athlete as he/she lands from a jump – the knees move closer together, the arches of the feet may collapse toward the floor, the knees no longer remain aligned between the foot and the hip, and the upper body may lean toward one side. Neuromuscular control is a modifiable risk factor because biomechanics can be improved with proper training and developing good functional strength and flexibility. Neuromuscular training programs have proven to be significantly effective in reducing the numbers of ACL injuries by 30-50%.

Extrinsic factors that may increase the risk of sustaining an ACL injury include field conditions, weather, footwear, and foul play. Field conditions and weather can create variations of wet, dry, hot, and cold, which have been shown to affect rates of ACL and other lower extremity injuries. Natural grass and turf have varying effects on the shoe-surface interface, which may impact the risk of ACL injury; however, research is inconclusive in determining that turf fields result in more injuries than grass fields.

There are strong arguments to suggest that switching back and forth between field types or not wearing appropriate cleats to match the playing surface may contribute to a higher risk of injury.  Another obvious risk factor is when athletes participate in foul play, perhaps by engaging in a direct blow to the knee or body, forcing the knee in an abnormal direction and beyond the limits of the ACL. It is recommended to always wear proper cleats for the playing surface and respect the rules of play.

Due to the prevalence and severity of ACL injuries, and increasing participation in competitive soccer at all ages, understanding the various risk factors and utilizing the information for better decision-making and more effective injury prevention strategies will benefit the athletes and reduce the numbers of non-contact ACL injuries on the field.

For more information about reducing the risk of Anterior Cruciate Ligament injuries or how to get involved with an Injury Prevention Program, follow me on Facebook (Facebook.com/EliteConceptsPT) or send me a message via my website at www.EliteConceptsPT.com.