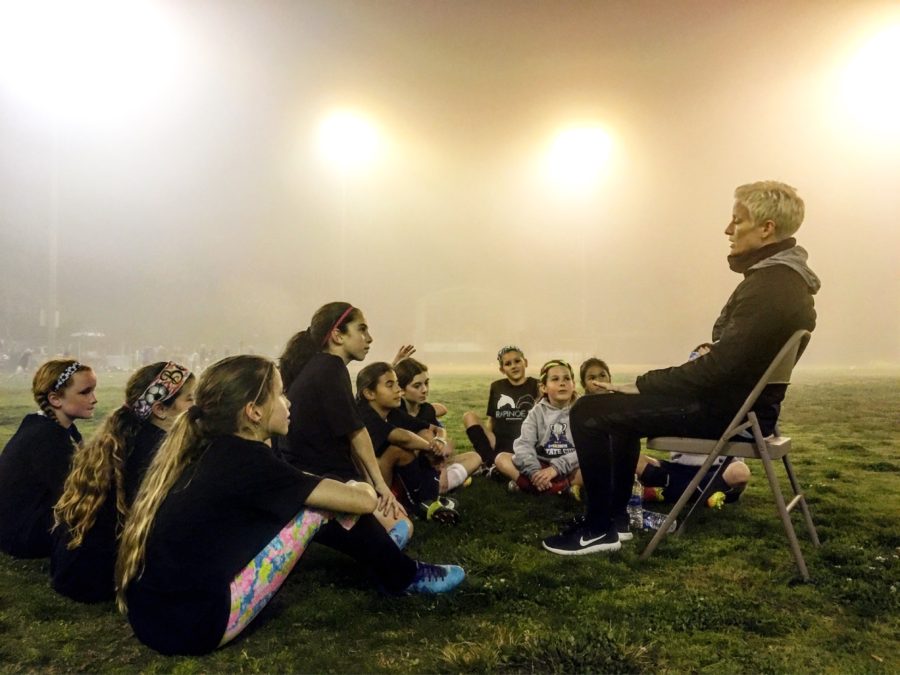 In the latest of edition of the Soccer Nation Sitdown, Nate Abaurrea was joined by World Cup winner and Olympic Gold Medalist Megan Rapinoe. Megan,

In the latest of edition of the Soccer Nation Sitdown, Nate Abaurrea was joined by World Cup winner and Olympic Gold Medalist Megan Rapinoe.

Megan, along with her twin sister Rachel, was in San Diego this week for the Rapinoe SC Performance Training Clinic, put on in partnership with the Del Mar – Carmel Valley Sharks.

United States Soccer legend Shannon MacMillan, who serves as the Executive Director for DMCV Sharks, was on hand as part of the clinic, meaning the young soccer players in attendance were interacting directly with members of the last two U.S. teams to win the FIFA Women’s World Cup, MacMillan in 1999 and Rapinoe in 2015.

Part 1 of the conversation with Rapinoe focuses on her expressive style as a professional player, where her creativity comes from, and what these camps and clinics truly mean to her and her sister.

Nate Abaurrea: Megan, thank you so much joining us.

Megan Rapinoe: Yeah! Thanks for having me.

Nate Abaurrea: So first off, let’s talk about what brings you to San Diego, this wonderful clinic here in Del Mar.

Megan Rapinoe: Yeah, my sister Rachel and I run clinics all across the country. This is our second time back in San Diego, actually. We did one of our very first clinics here, so it’s awesome to be back. We’ve teamed up with Shannon MacMillan’s club (DMCV Sharks), and we’re super excited to be back, and to get these kids running around.

We want these kids to come out and obviously gain some skills. We want them to gain a little bit on the performance side. But we also just want them to have a good time. We want them to experience something that they haven’t experienced before, and just give them a little piece of ourselves. Hopefully we bring the energy and the excitement, but we really just want them to know that who you are is the best version that you can be, and they will hopefully take that home with them.

Nate Abaurrea: Where would you say your energy comes from, Megan?

Megan Rapinoe: Right now it’s coming from a quad shot of coffee. (Laughs) It definitely comes from coffee a lot.

I think it also comes from me just being very fortunate. I have an incredible family, and I’m able to do something that I love for work. We call it “work”, but it’s not really work. I get to play soccer for a living. And I really enjoy what I’m doing. I enjoy that I get to meet new people. I enjoy that I have this incredible platform where I can talk about things that I’m passionate about and be able to share that with all of these kids.

I think I’m very fortunate to live a pretty rad life, and I like to share that with people.

Nate Abaurrea: Something that’s always jumped out at me, from the very first time I saw you play, is your style on the pitch. You play with personality. Where does your style of play stem from?

Megan Rapinoe: I must have had a lot of freedom when I was younger. We kind of had an unconventional upbringing in the soccer sense. We didn’t really play state teams. We weren’t really on any big clubs. We were late bloomers in a way. We were from a pretty small town (Redding, California).

I think when we were growing up, there was just so much free play and just an ability to be ourselves. Our coaches always encouraged both Rachel and I to be very creative. I think I just kind of flourished in that environment. Maybe if I was younger and had too many rules on me, it wouldn’t quite have been the same. But I guess I always had coaches who saw that in me, and just allowed that to come to the table and always encouraged that type of thing from me.

I want to enjoy when I’m playing. Yeah, the whole point of the game is to win and score, but I want to do it in a beautiful way. I want to do it in a way that’s entertaining and can get the fans involved. So, I try to bring all that to the table and enjoy myself as much as I can on the field.

Nate Abaurrea: Who were some of your soccer idols during your upbringing in Northern California?

Megan Rapinoe: Well, one of them is here today, Shannon MacMillan.

Tiffany Milbrett, I always looked up to her.

My older brother, Brian, he played. And that’s kind of how me and Rachel got into soccer. He’s five years older than us, and we just followed him around and did whatever he did.

And then of course the whole national team. We were 13 when the ’99 World Cup rolled around. To have that experience right in our backyard was just incredible. 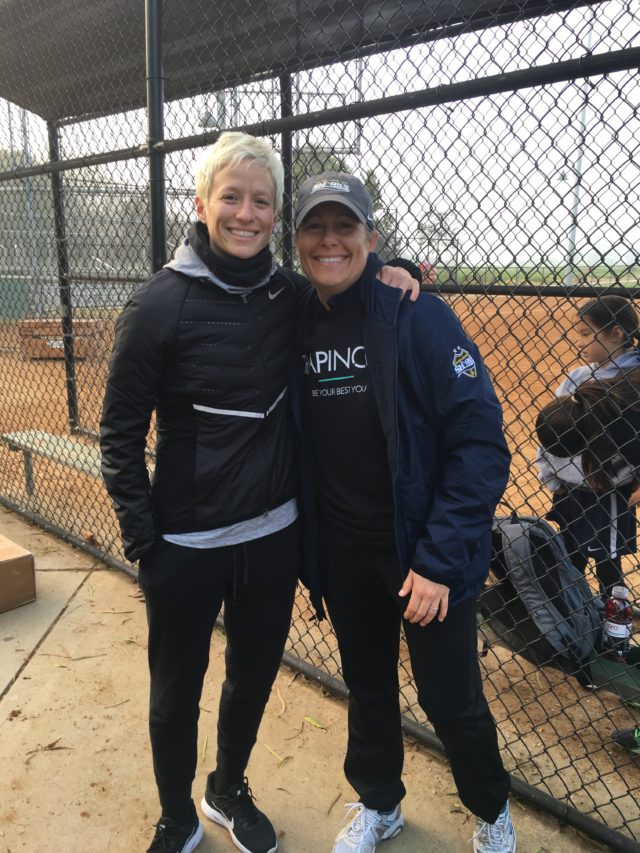 Stay tuned for Part 2 of the Soccer Nation Sitdown with Megan Rapinoe. It is sure to be an intriguing read, as Rapinoe addresses her well documented national anthem protest from 2016, her outspoken nature and passion for social justice, and why she feels athletes should never feel obligated to “just stick to sports”.

In addition, Nate and Megan go through some interesting rapid fire questions, as we learn a bit more about the U.S. star, including her musical tastes, favorite foods, and which male soccer player she most admires.

Loading...
Newer Post
From Chile to the United States: Adjusting to the Soccer Climate
Older Post
Episode 16 – #MLSinSD Update, Plus a Premier League Check Up, and a Talk about Tijuana