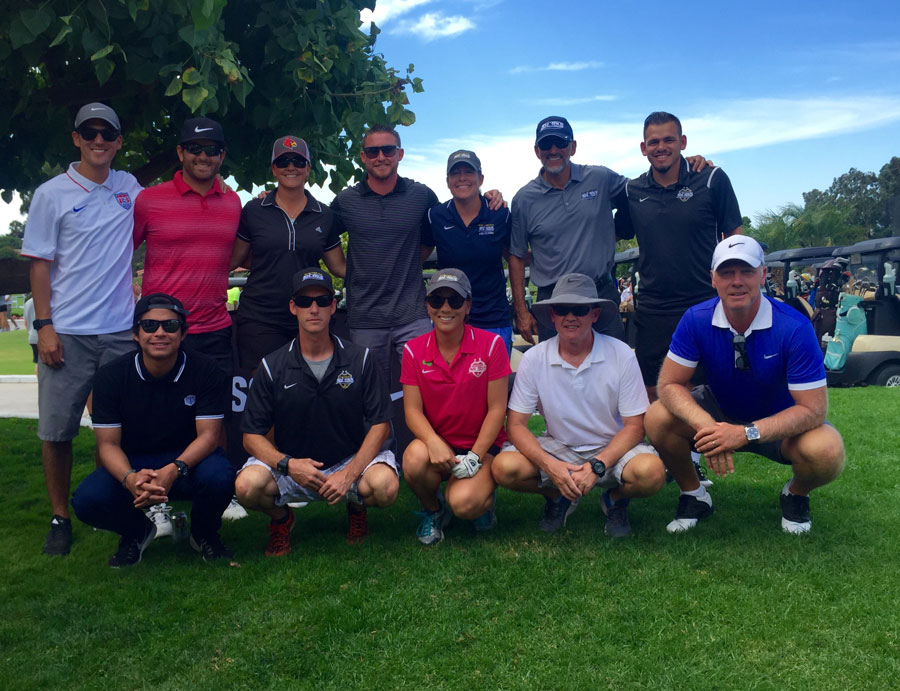 US Soccer Hall of Famer Shannon MacMillan has built a stable, competitive, multi-level soccer organization over the past eight years as the Executive

US Soccer Hall of Famer Shannon MacMillan has built a stable, competitive, multi-level soccer organization over the past eight years as the Executive Director of the Del Mar Carmel Valley Sharks Soccer Club. Recently, she sat down with Carrie Taylor of SoccerNation to discuss the growth of DMCV Sharks and the state of the game in the US.

Carrie Taylor: What are the Core values of the DMCV Sharks and how do you implement them for your club?

Shannon MacMillan: Our main focus is on each player’s development as a person and a soccer player.  Teamwork, sportsmanship, respect and a love for the game!  I am fortunate to have a staff of great coaches who embrace what our core values are.  I am a firm believer that things trickle down.  I set the tone first and foremost by my actions backing up what is said.  From the way I coach my team to the way I work with my coaches, it is consistent and focused on the kids and their development.  I also empower my coaches to focus on the development by making sure they all know that their role in the club is not contingent on results.

If players are developed and the teams are run with that focus – the results will be there!

Carrie Taylor: How have the Sharks evolved as a club?

Shannon MacMillan: When I first joined the Sharks it was as Director of Competitive for Girls.  Within a couple years I became Director of Competitive, both boys and girls and shortly after that, I was asked to be Director of Club Operations adding in oversight of the recreation program and the day to day office.  This has now brought me to my current title of Executive Director. We were a club of about 25 competitive teams when I started.  The Sharks had some success with the boys side a few years prior but had since become a bit stagnant.  Over my last 8 years here we’ve grown to 65 competitive teams which has included two national championships along with a national finalist.  We have won numerous state and regional titles as well as CRL and National League titles.  We now proudly have many of our players off playing at the collegiate level and know they will be successful off the field as well.

Carrie Taylor: What about your recreational program?

Shannon MacMillan: Our recreation program remains one of the largest and more importantly, quality programs in our area.  We have seen a strong evolution with our rec players moving over to the competitive side and all of our all star teams are successful in their tournaments.

Carrie Taylor: Can you highlight some of the successes of the Sharks this year?

Shannon MacMillan: Locally, we’ve been chosen as the #1 youth sports league for the North Coast, for the fourth year in a row. We also have achieved the following this year:

Numerous league level championships (SCDSL, SDDA, Presidio) | Rec all star teams are poised for a strong run in their upcoming |Tournaments/Numerous players in the ODP pools and teams

Carrie Taylor: What are your thoughts on the implementation of the birth year age groups?

Shannon MacMillan: The new age groups have created a lot of issues this first year that I hope will settle down.  I think the move was made with the minority and not the majority in mind.  A lot of players enjoy playing with their classmates and friends and that has been completely severed.

Carrie Taylor: Any thought on the new heading rules?

Shannon MacMillan: I completely understand the need for the heading rule but at the same time, I do think there is a way to teach the kids the proper way to head the ball and protect themselves.  I have seen a lot of dangerous play situations out on the fields because players are now doing more and more high kicks because they aren’t allowed to head the ball. Especially at the 2006 age level where they were already heading it and now we had to tell them they can’t.

Carrie Taylor: How about the start of the Girls Developmental Academy?

Shannon MacMillan: The DA – I am not sure how I feel on this still as I am not completely sold that this is what is needed.  I think the current environment being rolled into the DA is going to lead to injuries for players due to over-training.  I think there should have been a greater focus placed on the coaches and the methodology of how they are developing players.  Every area is different and has its own unique set of issues and strengths.  I would have been more impressed if more time was spent in each community to get a pulse on the area and the clubs.  It is appalling to be on the sidelines hearing the amount of coaches screaming at players!

Carrie Taylor: What are your goals for the future of the Sharks?

Carrie Taylor: Any key staff you want to highlight?

Shannon MacMillan: I could really name a lot as we truly have a great group of Coaches! Some of our key leaders include the following who help me set the tone for the organization. Warren Barton – Technical Director, Felicia Kappes – Director of College Program, and Abdelghani Toumi – Director of Coaching Development.

Overall, the impact of a club is not always realized or appreciated while the players are in your program, so we tracked down a few alumnae of the Sharks, and here’s what a few of them had to say about their experiences coming through the DMCV Sharks. It is not surprising that they had a great experience and believe in the programs and coaching. 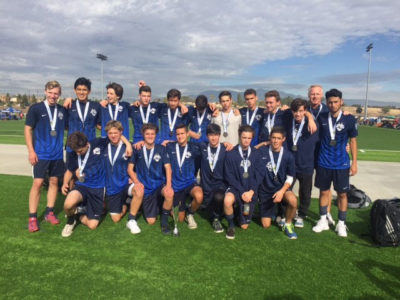 Shelby Lee:
“Playing for the Sharks was simply amazing. I shared a jersey representing a club with the people that I will forever cherish. The memories I made with that team are irreplaceable and unbelievable. Stepping away from club soccer and entering into a college career has really illuminated the uniqueness of playing competitive soccer, sharing the field with girls from different schools and sharing experiences on and off the pitch. We all grew together into the soccer players and people we have become. The Sharks were so much more than just a soccer team, we were and still are family. ”

Gianna Montini:
“Being on the Sharks is being like a part of a family, it’s like I have 25 other sisters who always have my back both on and off the field. It’s a camaraderie that is indescribable, you are so close and you look out for one another whether it be bringing someone a water or driving 50 min to pick someone up it’s the little things that made it so special. The sharks will always be my team”