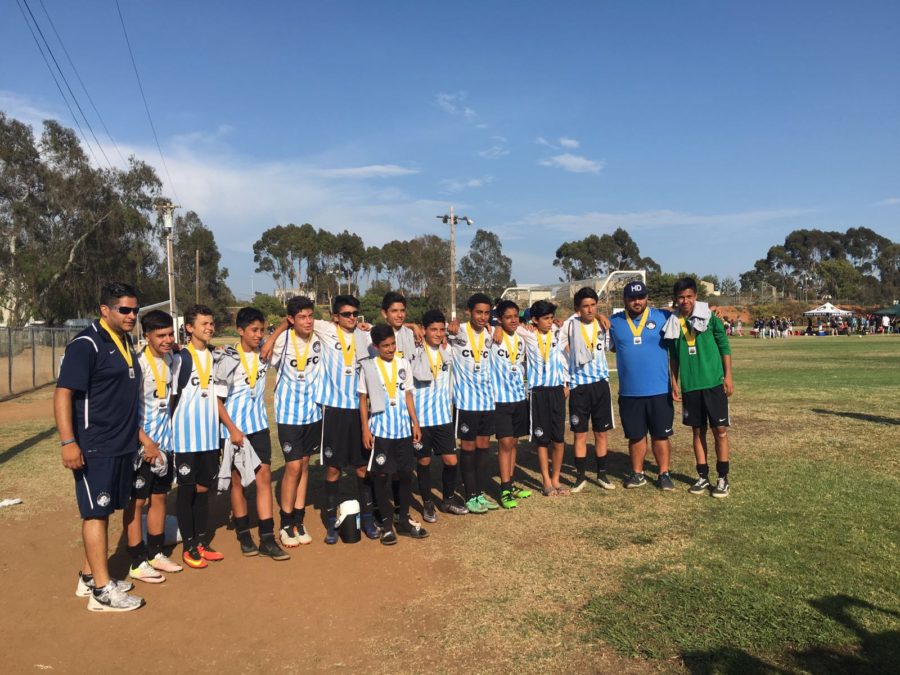 From Chile to the United States: Adjusting to the Soccer Climate

After being away in Chile for 19 years, Alejandro Medel arrived back in the states and immediately began looking for a club to play with. Joined by his wife of 16 years and their son who just turned 6 years old, they were eager to play the beautiful game together, side by side, just as they did in Rancagua, Chile.

Asking around town and considering he had yet to land a job in San Diego, he was referred to the Chula Vista Pumas club (now Chula Vista FC). Due to the eagerness of his son’s desire to play soccer, Alejandro chose to stop playing himself and focus on his son’s development.

The Medel’s initial experience with United States soccer culture was not what they were used to in Chile. It is a stark contrast to how Alejandro is accustomed to, “where pickup games just happen, you either keep your shirt on or take it off.”

As a child, Alejandro would create goals from leftover at construction zones and corner flags made with old t-shirts. All without adults supervising and monitoring the play. Back in Chile, soccer was a religion, everyone’s lives revolved around the game, the national team, playing and learning the game.

Initially, his son was offered a scholarship to play with the Pumas. Shortly after, they were still with the Pumas and formed a new team on which Alejandro was named the assistant coach. The club had been struggling to find their place in the San Diego soccer landscape. The club changed names a number of times and finally settled on Chula Vista Football Club. Then, Hector Diaz came aboard and the focus of the club became much more clear. “He’s made a huge positive impact on our club since he arrived.” said Medel.

In addition to the changes at the club level, Medel recognizes major changes that are happening at the national level with youth soccer. “As a nation, we are shifting into a direction where free play is recognized and deemed necessary.” In fact, that freedom on the field is what makes South American sides so successful. Although, structured player development is a major key for many youth programs and the club continues to have structure in place. A good balance is key for the growth of the game.

“The main thing I bring to CVFC is bringing the passion South American soccer culture,” said Medel. Combined with the shift in youth soccer towards player development, the new Director of Coaching at CVFC and his European methods, it is a perfect blend of all the necessary elements of success.

“My son and I have witnessed all the changes there have been because of what the club now represents and because of the great people that are part of it. As we all like to say, CVFC for life.”