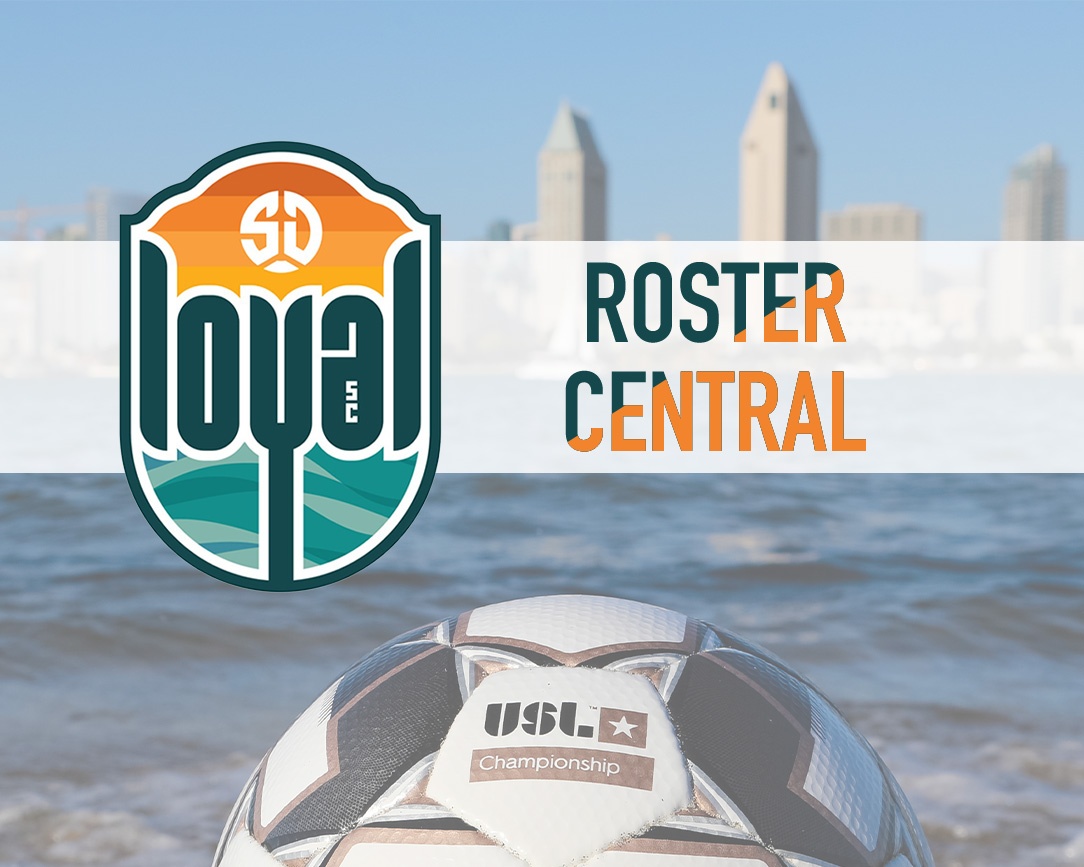 As we march towards the March 7th USL Championship home opener against Las Vegas Lights, SD Loyal signing announcements continue to come in.

The club has launched an iPhone app!

A roster can be found inside the app, as well as tons of other golden info for fans. GET THE APP HERE.

Here is your one-stop-shop for every player that has been announced by SD Loyal. This list will be updated as new signings are announced.

Information here is a combination of roster data from the app, social media posts from the club, and intel gathered during interviewed and press events. I will update the roster here as new info is released.

Fun Facts: Everyone calls him “Avi” (AH-vee), and he’s a really nice guy.

Fun Facts: He’s the youngest player on the team, and none of the guys let him forget it. He’s also picking up English very well.

Fun Fact: He played soccer at UConn and was selected #2 in the 2013 MLS Super Draft.

Fun Fact: I call him “Mr. Reliable” in my head as I watch him play. Whenever he’s on the ball, it’s safe to say possession will not turn over to the other team.

Fun Fact: Lara was eligible to play for the USA and Mexican national teams. He played for the USA U-15 and U-17teams, then with the Mexican U17s. Last year, he filed a request with FIFA to join USA officially, making permanent his status with US Soccer.

Fun Facts: Elijah is a fun follow on Instagram. Don’t let the beard and the beast-mode soccer scare you. The guy is kind-hearted and all smiles off the field.

Fun Fact: He turned 29 on the day of the Kit Reveal Party (what a party he had!). You can read more about him HERE.

Fun Fact: The dude was double-teamed at pre-season matches against Reno and FC Dallas, and he STILL scored.

If the whole soccer thing doesn’t work out, @francis__atuahene is already prepping for the next chapter: #bladesofglory . . ⚽️? Welcome to @sandiegoloyal , Francis! . . ⚽️? San Diego is so lucky to have you and that huge smile of yours. (Plus your #beastmode soccer)

Fun Fact: So far, he’s the quiet type. We’ll see if that sticks…

Fun Fact: He is a burst of firey energy up top. He will be a nightmare for opposing c-backs, no doubt.

Fun Fact: He scored the first goal in Torero Stadium for Loyal.

Fun Fact: He went pro right out of high school, signing out of the Sporting KC Development Academy

(I’ll get some action shots of Jon soon!)

Fun Fact: He has a tattoo of the Twin Towers, the Statue of Liberty, and the Brooklyn Bridge on his leg. READ THIS to learn even more.

Fun Facts: When I was talking to him after a game one day, I told him, “It is SO HARD to get a picture of you on the ball! You release it so quickly!” He knows exactly what he is going to do with the ball before he gets it. Plus, he looks like “Sunshine” from Remember the Titans, and who doesn’t love Sunshine?

Fun Facts: He’s easy to spot now that he bleached his hair. Everyone calls him “Q,” and he’s got a 1000 Megawatt smile.

Fun Fact: He is a HAM for the camera. I know I’m in for a laugh when I want to get a candid pic of Raul.

Fun Facts: He was the first player signing for Loyal. He played soccer for UCLA and left early to go pro in Germany. He’s living in Chula Vista with his wife and family.

Fun Fact: Suli, in my opinion, is going to be a fan favorite among kids especially. Once they get to know him, they’ll see what a kind heart he has and what an amazing soccer player he is.

Fun Fact: Tumi has ditched the ‘stache you see in his old headshot.

Fun Fact: Yair (YAH-eer) is a defender’s absolute nightmare. When I watched him play against FC Dallas, his defender’s only option to stop him was to grab him with both arms to try to yank him down (that still didn’t work). He’s working hard at learning English. When you see him, tell him “VERY GOOD, Yair!”