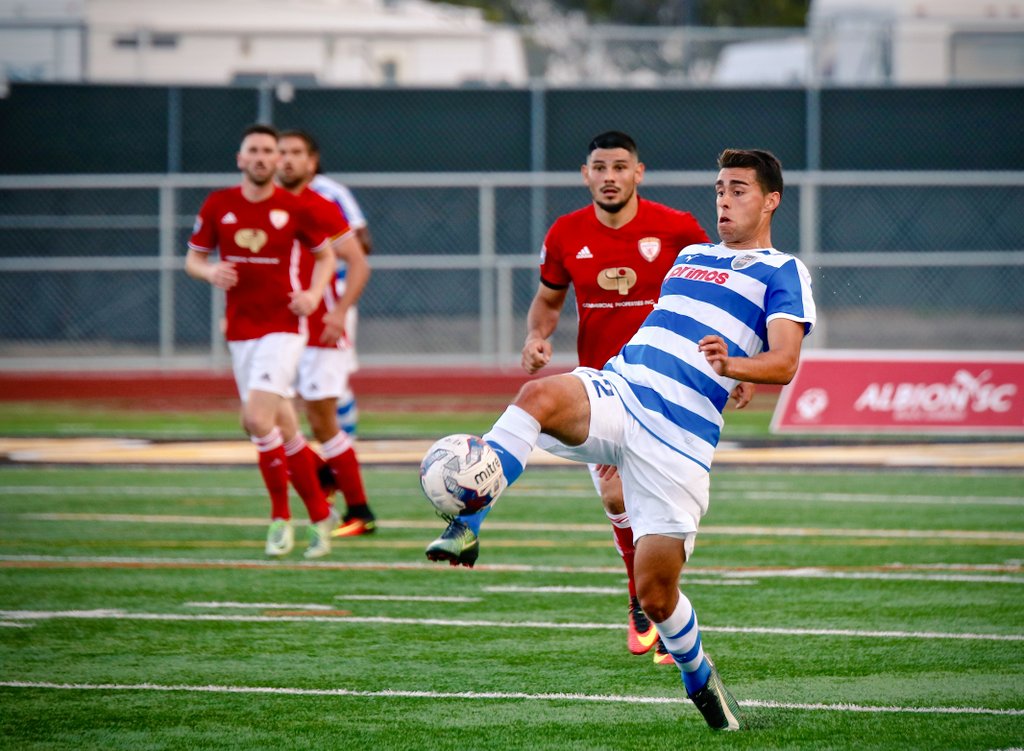 #1 FC Arizona vs #8 Albion SC Pros – Friday, July 14 8:00 PM
In the first game, Albion SC Pros face an undefeated and first-year FC Arizona squad that took the NPSL by storm this year. FC Arizona, Southwest Conference champions, have arguable the best defense in the conference and the entire NPSL with just 3 goals conceded.

Holding down the back of the net is former MLS goalkeeper and MLS Cup winner (Portland Timbers 2015) Andrew Weber  The Southwest Conference was so competitive this year between the top four teams that Albion (11-4-1) finished just six points behind FC Arizona. In two previous matchups between the sides, FC Arizona walked away with a 1-0 victory on March 25. On June 10, the two sides played to a 1-1 draw at Mission bay High School.

Albion is currently on a 10-match undefeated streak after they had a slow start to the season. Last week, they scored a season-high 11 goals against sports Club Corinthians. Tonight’s match will feature a high-powered Albion SC Pros offense against a dominate FC Arizona defense.

#2 CD Aguiluchos vs #7 Sonoma County Sol FC – Saturday, July 15 7:00 PM
These two teams will know each other pretty well as they squared off three times during the regular season. CD earned the first two victories, defeating Sonoma 3-2 on April 15 and then 5-3 on May 21. Sonoma, playing for a playoff berth defeated CD 4-1 in their second to last regular season match. CD enters the playoffs on a skid after a strong start to the season. They dropped the final three matches by a combined score of 7-2, while Sonoma enters the playoffs on a three-match winning streak.

Orange County enters this match on an incredible goal-scoring run that saw them scored 24 goals in their final two matches. In two previous matchups between these sides, they played to a 2-2 draw on May 7 and Orange County FC walked away with a 2-1 win on June 3.

The only matchup that does not feature California teams is #3 Kitsap SC hosting #6 FCM Portland on July 15 at 7:00p.m.