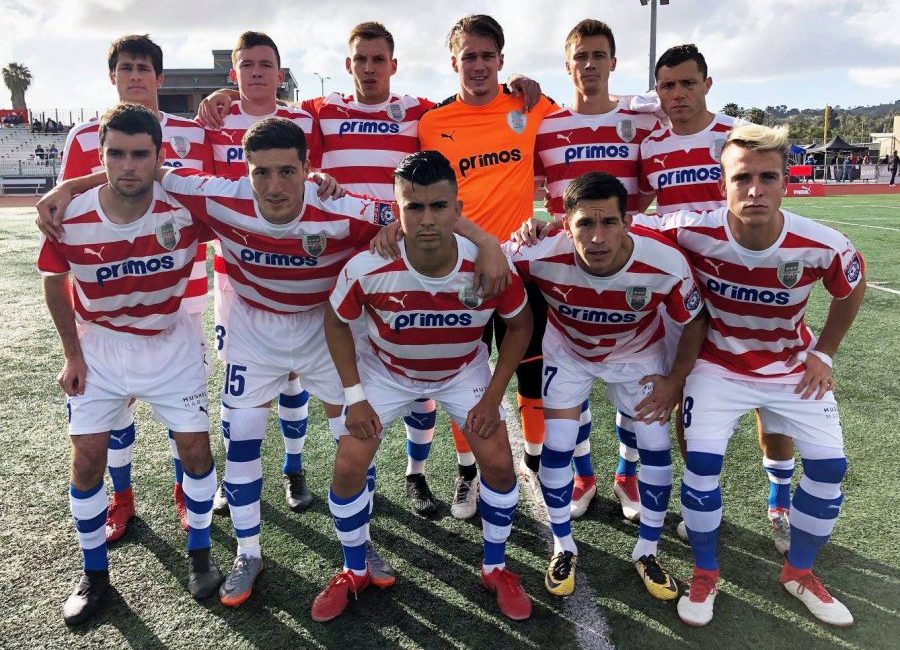 ASC Travels to FC Arizona in Search of Three Points

ASC San Diego resumes National Premier Soccer League(NPSL) play on Saturday, May 12 with a road trip away to FC Arizona.

The two teams met in the first match of the season in San Diego, scoring three goals apiece and sharing the points in a match between the top two teams of the 2017 season. ASC sits atop the NPSL Southwest Conference standings with 13 points from six games while FC Arizona has settled in mid-table halfway through the campaign.

Despite the fact that the two teams between ASC and FC Arizona both have amassed more points than ASC, the NPSL utilizes a Points Per Game metric as the ultimate determining seeding variable, since various conference have dissimilar numbers of teams and thus games to play.

ASC San Diego returns home on May 19th for a match against Orange County FC at Mission Bay High School. Tickets for that game can be purchased here.