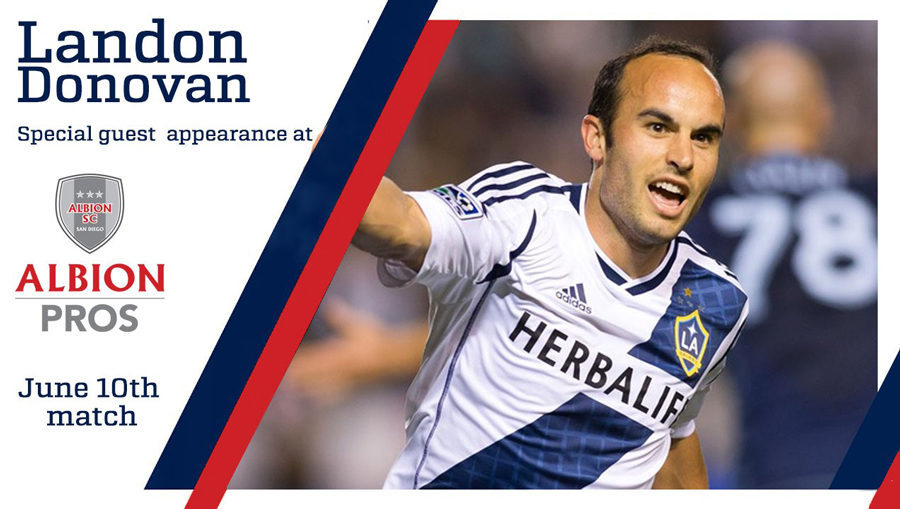 Albion SC PROS are in red hot pursuit of another National Premier Soccer League title. After a sputtering start to the season, the PROS have found form in recent weeks, and have marched up the table into playoff contention.

This Saturday, June 10th Albion PROS are hosting Fan Appreciation Night in the buildup to their 6:00pm kickoff at home against league leading FC Arizona. One of the chief reasons for Albion’s rise has been the unwavering fanatical support of the San Diego soccer community which has embraced Albion as its own, and in recognition of the contribution from the community, the PROS have invited one of San Diego’s most prominent soccer citizens to lead the festivities.

Donovan has become a very well-known figure in San Diego soccer circles in recent months by virtue of his involvement with the FS Investors’ Major League Soccer expansion bid, and has felt the same support that Albion PROS have from the community in the wake of some of the challenges that have beset the SoccerCity project.

“Last Monday was a rough day for us,” said Donovan. “The city council voted against the funding for the special elections we need, however the Mayor and Scott Sherman have shown incredible bravery. The mayor has the power of the veto and has given us another chance. ”

When asked about the soccer fans support, Donovan was candid.

“It keeps you going. There are days when you just want to ask ‘why am I doing this?’ When you have people trying to kill a vision that we believe is genuinely great for the community it kills your spirit. Its disheartening. What has remained, and increased even since Monday is the enthusiasm and passion to keep this going. People want the right to vote this year so that their vote matters.”

Landon Donovan’s presence and the presence of the SoccerCity team at events around town is a direct product of the strength of the soccer community. That community is a large part of the reason MLS in San Diego is so appealing.

“Ten years ago if we tried to come to San Diego, it would not have been as mature, savvy or knowledgeable about the soccer world,” continued Donovan. “I’ve been unbelievably impressed and inspired the people in this town. The mayor and ourselves and the people of SD are fighting to make this happen against people who have their own interests. You don’t often get to work for the people to help bring their dreams and realities to fruition.”

Donovan and SoccerCity can thank Albion PROS for fostering much of the growth of the San Diego soccer community in the last two years. The rivalries struck up across the region at the NPSL level have helped to strengthen accelerate the development of fan culture here in San Diego.

Groups like The Deep End have thrived with a new lease on life since the PROS took the field in 2016 and this Saturday at 4:00pm, Albion PROS will toast to the fans who have pushed them in the dying minutes of games and borne witness to some scintillating soccer from standout players like Felipe Liborio and Tre Hayes.

Doors open at 4:00 and the match against FC Arizona kicks off at 6:00. Come early, meet Landon Donovan and enjoy the camaraderie that is shared by the ever-growing fan base of Albion PROS. 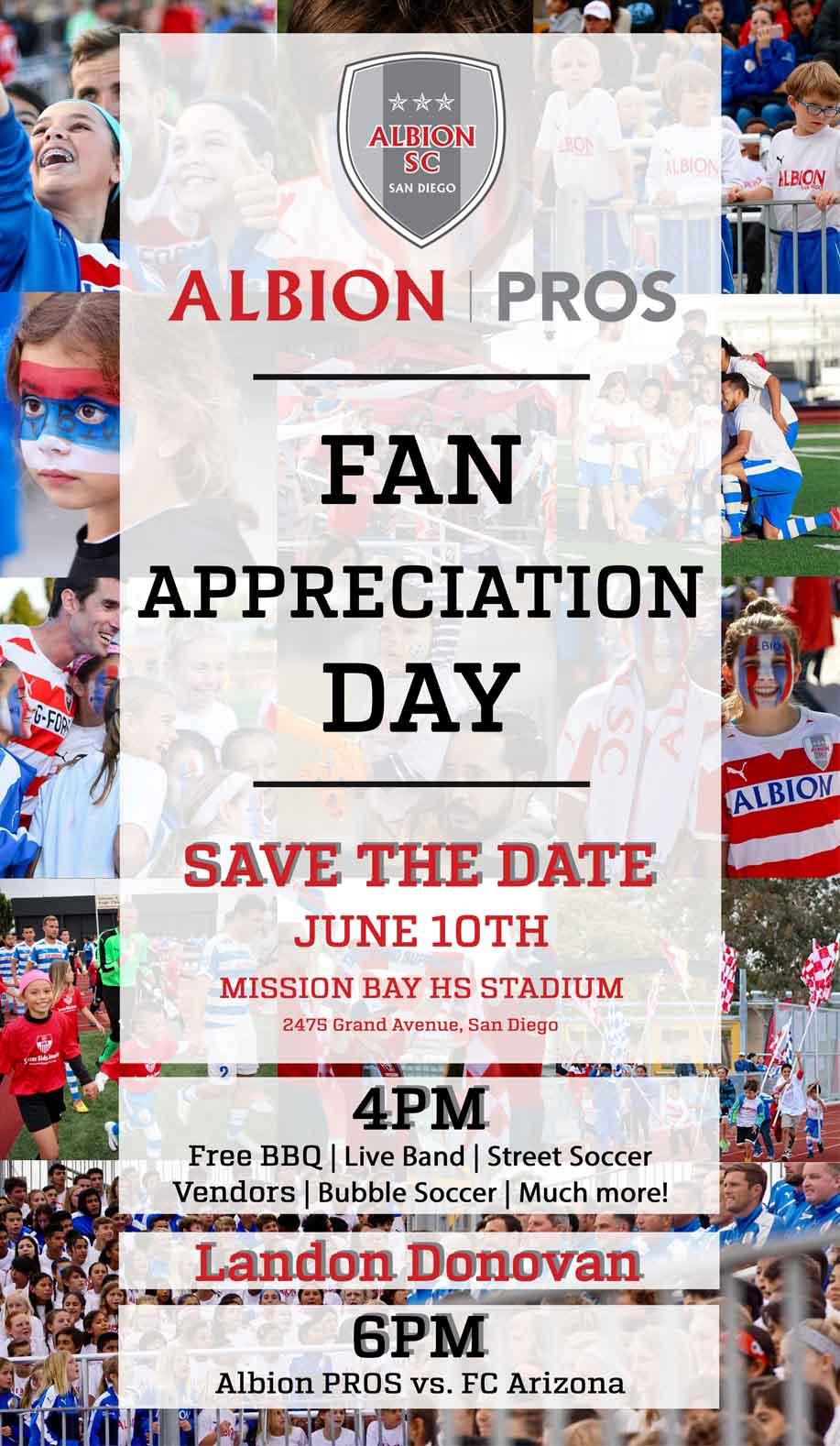