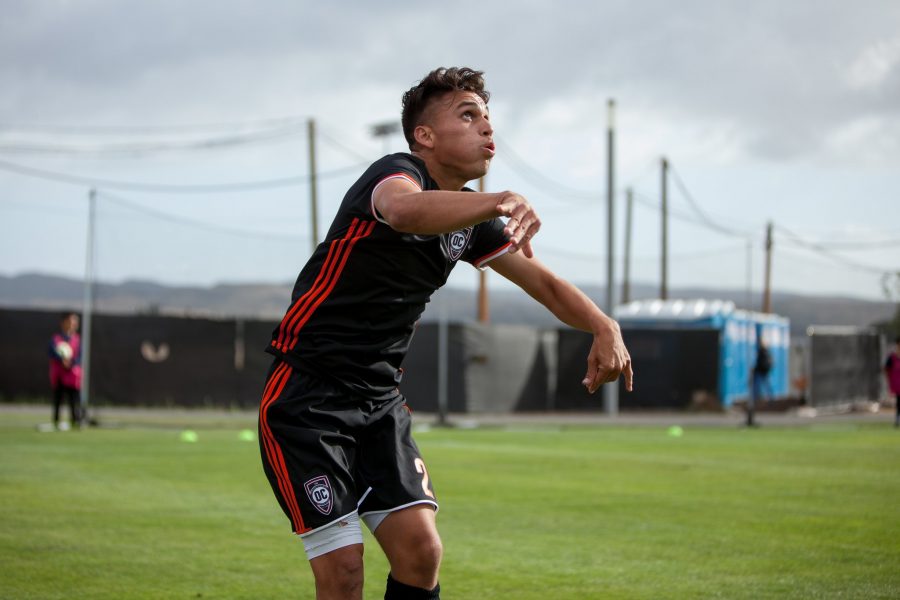 Defense continues to be concern for SoCal sides.

LA Galaxy II got the USL weekend slate started early on Thursday, as they hosted Tulsa Roughnecks and played to a 2-2 draw. Picking up a point is always better than losing, but LA will feel they let a win slip through their hands.

The bright side is that the team has found a vein of scoring form, as Galaxy II took a 2-0 lead in the first half. Adrian Vera, fresh off his USL Team of the Week appearance, scored a goal and set up the other one, scored by Justin Dhillon. USL noted that it’s the first back-to-back multi-goal game stretch for Los Dos since last July, and Vera seems to be in the middle of proceedings. If Mike Munoz has found a group of attackers who can start to dominate games, then that side of the ball may be accounted for.

But unfortunately the defense remains a work in progress, as Tulsa came back in the second half, with Mo Jadama and Ian Svantesson scoring for the visitors to tie it up. Goalkeeper Eric Lopez is taking his lumps right now but he’s been settling into USL level pretty well, and could be contending for the LA first team’s No. 3 spot in the next year or two. But the team defense in front of him is too often scattered and scrambling in desperation, which is leading to comebacks like Tulsa’s on Thursday.

The good news, perhaps, is that Galaxy II will have about two weeks off in USL play now. Expect a lot of work in training in that time, with LA hoping to tackle the second half of the league campaign with more cohesion (and more points).

Meanwhile, the other local USL team, Orange County SC, help bookend the weekend slate with a road clash against Seattle Sounders 2 on Sunday. These teams met just a few weeks ago for the first time this season, with OC winning 4-3 against a shorthanded Sounders squad. Even though Orange County got the win, Seattle will likely be heartened by their performance to almost nick a point in that match.

Orange County, meanwhile, are unbeaten in the three games since their long bye in league play, but each of the performances has left something to be desired. Much like Galaxy II, their defense has proved to be especially suspect of late, with seven goals conceded in three games. Combine that with the uncertain status of Carlos Alvarez, who left the last game early due to injury, and the continued suspensions of Jerry van Ewijk and Ami Pineda, alongside the long-term injury absence to Duke Lacroix, and Orange County’s attack is looking pretty threadbare at the moment.

Can Wuilito Fernandes, Monday Etim, and Dusan Stevanovic find some goals? Will Roy Meeus continue to be the set piece specialist OC desperately needs right now? This one may be challenging for Logan Pause’s team, but every USL team goes through depth issues during a season and it will be up to those available to make it work in Washington this weekend.

Seattle Sounders 2 vs. Orange County SC is scheduled to kick off at 2 pm PT on Sunday in Tukwila, Wash. You can watch the game on USL’s Matchcenter.