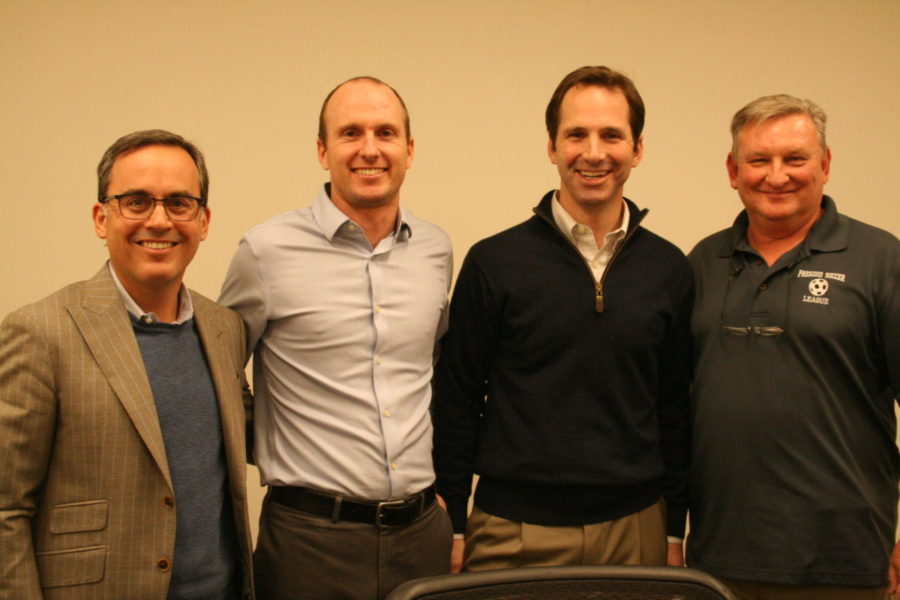 Learning More About the Group Behind San Diego’s MLS Bid

The news has been moving at a blistering pace in recent days, following the public unveiling of FS Investors as the group behind the San Diego MLS exp

The news has been moving at a blistering pace in recent days, following the public unveiling of FS Investors as the group behind the San Diego MLS expansion bid. Of course, the group has been working behind the scenes for months, speaking with San Diego State University on making the Qualcomm Stadium redevelopment project, the lynchpin of the entire expansion bid, a multi-use site for the proposed team, university, and surrounding public. And they’ve been meeting with MLS executives for some time, presumably figuring out the lay of the land and requirements needed to be firmly in consideration to actually land an MLS team.

Now, the rubber meets the road, with prospective expansion bids required to be formally submitted to MLS by next week. The ramifications for this mean FS Investors are working overtime to line everything up to get the necessary local approval for a stadium by the deadline, a risky move that may or may not come off in the end.

But who are FS Investors? Unlike many sports ownership situations, there’s not a person (or family) spearheading the efforts, but rather an investment firm, based in San Diego, that is leading the line.

The core of the firm itself is pretty small, with seven employees listed on the firm’s website. Founded by Michael Stone, who was identified last summer as the lead investor for a prospective San Diego MLS team, FS Investors has some experience in the sporting realm, as they were at one time stakeholders in the Sacramento Kings NBA team, something listed on the firm’s website as a past investment.

Other members of the FS Investors firm have been out in public rallying support for the MLS in San Diego push, including partners Nick Stone (no relation to Michael) and Jon Dunbar, who were spotted at a recent community meeting pitching the project to local soccer fans.

Other reported investors in the MLS expansion project include San Diego Padres lead owner Peter Seidler, former Qualcomm president Steve Altman, and the Tayebi brothers, active in telecom investments. Altman and Massih Tayebi are both listed on FS Investors’ website as senior advisors, so the links between the firm and these mooted outside investors is not particularly surprising.

For now, it appears FS Investors as a firm is spearheading the PR efforts and rallying push around the public, local government and MLS to become one of the next four expansion teams in the country’s first division. Officially designated the exclusive group to make a bid in San Diego, the compressed time period means there will be many sleepless nights over the coming days as they try to get their bid into shape for MLS consideration.

From there? If they get their ducks in a row for the Jan. 31 MLS deadline for the bid and then progress in consideration by the league’s expansion committee during this year, they’ll eventually need $150 million for an MLS expansion fee, and an estimated $200 million for a stadium if they are ultimately granted a team. It sounds like a daunting amount of money, but given their track record and the wealthy people linked to the bid, it just may come together for MLS in San Diego in the next few years.