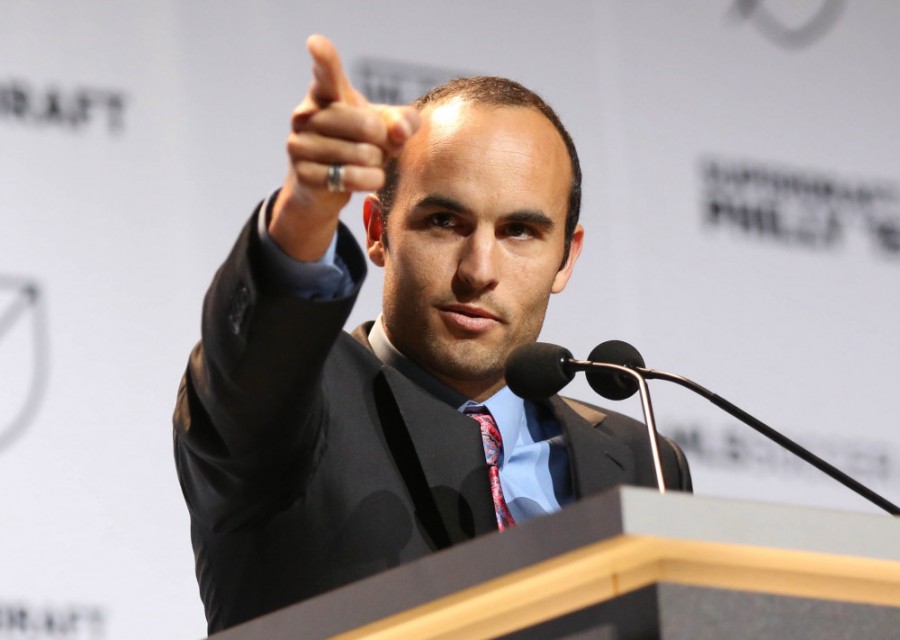 Pro Soccer Expansion to San Diego Appears to be a Matter of When, Not If

Rumblings of pro soccer expansion to San Diego have been going on for months, but those appear to be gaining more momentum, with recent reports fleshing out who is involved in a prospective bid for a local team.

While there have been conflicting reports of whether San Diego is in the running for an MLS (first-division) or USL (third-division) team (or perhaps both at the same time), reports from the San Diego Union-Tribune from last month indicates MLS is the front-runner at this stage.

The newspaper cites San Diego Padres co-owner Peter Seidler, investor Mike Stone and former executive Steve Altman as leading the charge for an MLS bid, with an eye on teaming up with San Diego State University to build a stadium to be shared by the soccer team and SDSU’s football team in a redeveloped Qualcomm Stadium site. Perhaps unsurprisingly, Seidler, Stone and Altman have been in touch with SDSU for more than a year regarding a potential plan, so it does not appear to be mere speculation at this point.

Adding to the intrigue, U.S. Men’s National Team legend Landon Donovan has been linked to a bid for a San Diego team.

Donovan, who has moved to San Diego with his family, told the Union-Tribune he has been approached by people interested in bringing professional soccer to the city.

“If I can be a part of that, it would be tremendous,” he said. “I would love to see this area have a USL (United Soccer League) team or MLS team. This is a crazy soccer market.”

Additionally, Donovan, who is involved with the new ownership group at Premier League side Swansea City, discussed the speculation regarding San Diego on SI.com’s Planet Fútbol podcast.

“I don’t know for sure if there’s anything going on there. It’s something I’m interested in, I’m candid about that. I will speak with [MLS] Commissioner [Don] Garber more in detail about it at some point,” he told SI.com’s Grant Wahl.

“I’ve been understandably busy for the last couple months, especially with a child at home. It is something I’m interested in. Traditionally, I think San Diego is a very strong soccer market in youth that play there. I lived it, I grew up playing there almost every weekend. So I understand there’s a lot of people that love the game there. How that translates to a professional team, it’s hard to know. So we’ll see what happens.”

Given the names emerging, a possible stadium plan coming together on multiple sides, and the involvement of prominent soccer people, it appears more likely than not San Diego will be welcoming professional soccer before long.

Of course, the distinction between MLS and USL is pretty important, and could go a long way to indicating whether the awarding of a pro team will take place in a matter of months or in a matter of years. MLS is on the record to aim for expansion to 28 teams, with four presumptive spots open at the moment. But with new teams entering the league in the next couple years, as many as four teams (Atlanta, Minnesota, Los Angeles and possibly Miami), it will likely be several years before the next MLS expansion teams on deck get to actually take the field. For building a franchise, that might be the best possible outcome, but it delays actually bringing soccer to the area for several years.

On the other hand, USL entry features both a lower barrier and a shorter run-up time to fielding a team. San Diego seems more than large enough to carry a USL team, but the minor-league status of the league may hurt both the quest to build a stadium for the team and to really bring out the crowds. The passion for soccer Donovan cites may be enough to overcome that, but it would be a risk, certainly.

And there’s the chance a USL team could eventually become an MLS team, like Orlando City. Of course, it’s speculation at this stage, but with the likes of Donovan and wealthy investors publicly linked to a project, it looks like it’s a matter of when, not if, San Diego gets professional soccer once again.