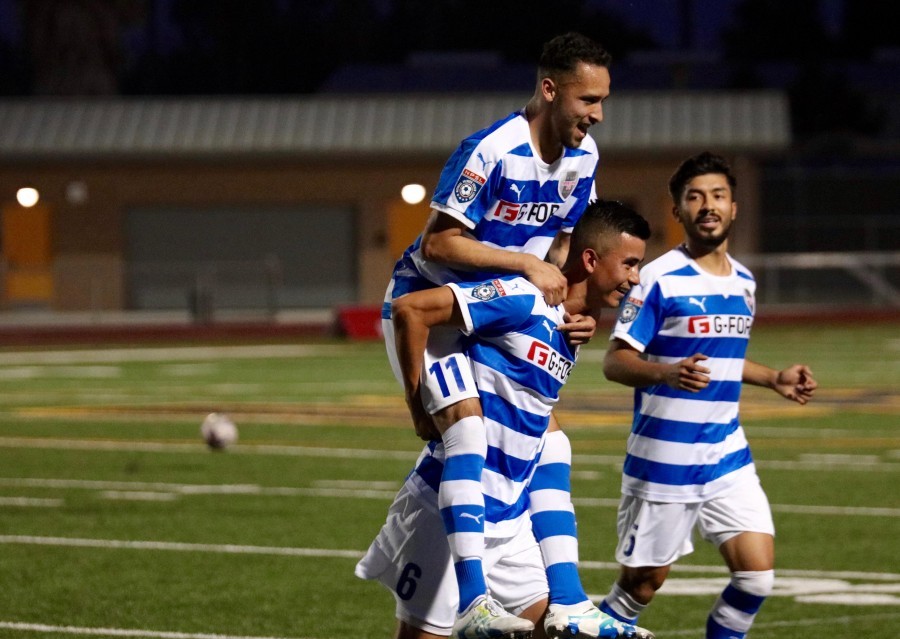 Will the NASL come to San Diego?

There is no guarantee that San Diego will get a Major League Soccer franchise. It is looking mighty likely of late, but the fate of the city’s expansion aspirations is far from sealed.

Even if MLS Commissioner Don Garber and his staff were to select San Diego as one of the league’s expansion locations by the end of this year, top flight soccer would still be a significant length of time away from kicking off in America’s Finest City. A prospective MLS team would not take to the pitch in San Diego until the year 2020 at the earliest.

As the sporting community of San Diego anxiously awaits the potential arrival of MLS, the perennial dark horse that is the North American Soccer League has been sparking an intriguing flame.

Thought to be dead in the water just a few months ago, the NASL is still alive and kicking as the league enters its seventh calendar year of competitive operations.

The NASL was founded in 2009, proudly wearing the same name as the glamorous and infamous American soccer league of the 1970’s and early 80’s. Founders sought to pay homage to the movers and the shakers of American soccer’s past, while helping to build a unique path for the present and future.

The league sought to give clubs a level of independence not seen in MLS, an autonomy you would associate with clubs from around the world.

After originally setting out a plan to start to play in 2010, the league began competitive action in 2011. From the point of conception on, the league battled with U.S. Soccer, fighting for various freedoms and government mandates. The NASL eventually met U.S. Soccer’s Division II standards, and the league took its shape.

A roller coaster ride of independent glory and off-Broadway failure ensued, and that shape was altered significantly. Clubs have come and gone from the league, some moving up the ladder with buy-ins to MLS (Montreal Impact, Minnesota United), others moving to the United Soccer League (Tampa Bay Rowdies, Ottawa Fury), or to the NPSL (Atlanta Silverbacks), some being left in a purgatory like limbo (Ft. Lauderdale Strikers), and others folding and going out of business (Puerto Rico Islanders, Rayo OKC).

Since the NASL’s founding in 2009, it seemed abundantly clear that taking on MLS was at the very least a thought, and at the most a focal point of the league’s existence. At first, it looked like a pathway to coexistence would be paved. Alas, that road took a sharp turn down a very attack minded hill with a nearby sign that read “pump your brakes”. It’s safe to say that brakes were not pumped.

Some people may debate the extent to which NASL officials thought they could go with this off field competition, but it most definitely manifested itself into a dicey and dirty game, one that in so many ways mirrors the gridiron fight between the NFL and the USFL in the 1980’s. The USFL had shady businessmen and an inferior legal team to that of the NFL. Journalists covering the MLS v. NASL saga have said similar statements about the NASL in recent years, especially during the fallout with Traffic Sports in 2015.

2015 was a pivotal year for the NASL. That September, the league sent a fomal letter to U.S. Soccer President, Sunil Gulati, accusing US Soccer of antitrust violations should they adopt the proposed criteria for a sanctioned Division I soccer league. There were three proposed changes with which NASL took issue. One was the increase of the minimum stadium size to 15,000, increasing the minimum number of teams to 16, and changing the minimum population required in 75% of the teams from a population of 1 million to 2 million. NASL accused US Soccer of colluding with MLS to protect MLS’s monopoly as the only Division I league in the United States.

The NASL had some valid points. But nothing really came of the protests or subsequent legal efforts, and after a massive fallout and remarkable last minute survival in 2016, the NASL retained its Division II status, with the USL also picking up the same Division II title.

The league itself looked bound for the graveyard as recently as the turn of the 2017 new year. But lo and behold, the NASL is still kicking, and ready for action here in 2017.

One major move for the NASL this year is westward expansion, with the San Francisco Deltas taking to the pitch of Kezar Stadium when the league’s regular season begins in late March. The Deltas are the first American based team from the western third of the country to participate in the league.

The league’s crown jewel turned perpetual headache (turned crown jewel again), the New York Cosmos, have put fans through the ringer in the last few months. The saga of the club winning the 2016 fall season championship, then rapidly crumbling, then out and out folding, then somehow returning to life a few weeks later was in so many ways a microcosm of the entire league. The Cosmos will now be playing permanently in Brooklyn as one of the NASL’s eight clubs for the 2017 Spring and Fall seasons. 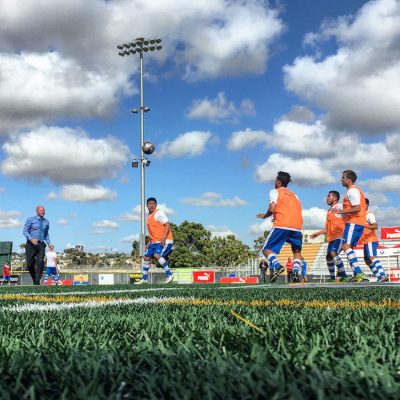 Tying this all back to San Diego is where it gets fun. Despite all the setbacks, speed bumps, and off-field losses for the league, the NASL is still around. A place like San Diego, a city so desperate for professional soccer while being caught between a rock and a Soccer Don, would be a fascinating destination for the league. Rumors and reports have been flying in recent weeks of different potential NASL ownership groups putting their proposals together.

It would be a bold statement from new league commissioner Rishi Sehgal and his staff, to essentially sneak in the back door of San Diego and see a team launched in 2018. It would have many soccer journalists harking back to the theoretical combat days of the NASL, when decisions that were clearly combative toward MLS led the league down an extremely dangerous path, one they narrowly survived.

The league would also give San Diego professional soccer, something residents are clearly pining for. Is it technically the top flight in this country? No. But San Diego is such a unique sporting market, a place that not only just lost its beloved NFL franchise, but a city that routinely packs over 10,000 fans into an old arena to watch minor league hockey. A soccer team akin to the San Diego Gulls of the AHL could be a huge success. Would it instantly get crushed if/when MLS comes to town in 2020 or 2021? That remains to be seen.

It would be quite risky, but the NASL bringing a team to San Diego could pay major dividends. The time to pounce is now, with yet more rumors of USL group attempting to break ground and see a team take the field in San Diego in 2018. Don Garber has never seemed all too worried about the NASL, and would likely scoff at the thought of a club from the NASL forcing him out of a potential MLS market. NASL coming to San Diego would have little to no bearing on the MLS project being spearheaded by FS Investors.

So use your imagination and ponder this: The USL and NASL both launch in America’s Finest City next year, with the MLS bid going through and a franchise coming in 2020. It sounds like a chaotic mess. Or perhaps a San Diego soccer lover’s dream. Either way, fasten your seat-belts. The race for SD is on.