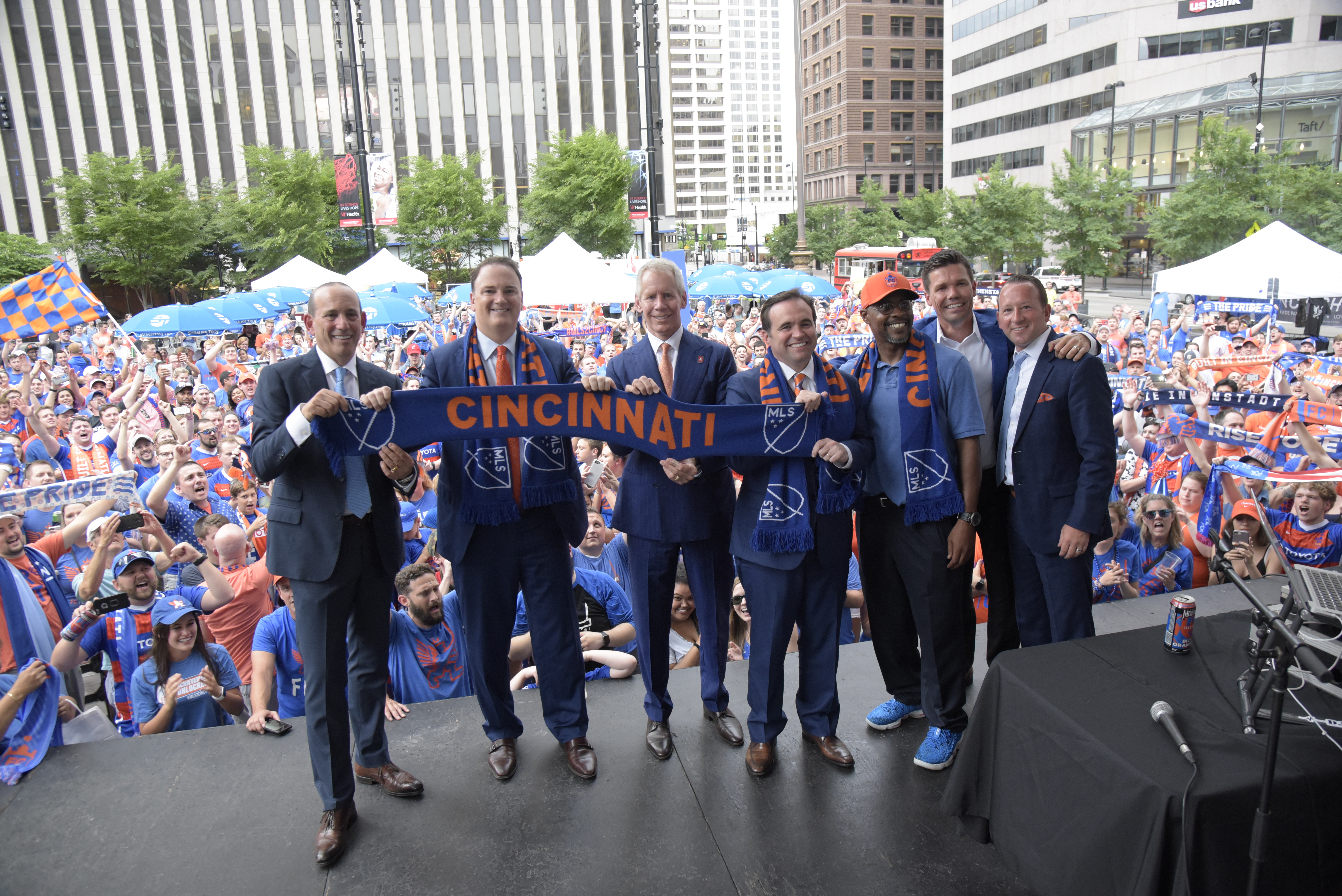 And then there were two.

On Tuesday May 29th, FC Cincinnati was awarded a place in Major League Soccer, becoming the 26th franchise in a league that has announced it will cap expansion with 28 teams. FC Cincinnati will begin MLS play in 2019, following three years in the United Soccer League, the nation’s only second division league at the time of writing.

The expansion process from 24 to 28 teams was first outlined in late 2015, and the application window to bid for one of the four new openings closed on January 31st, 2017. Since then, league officials have been combing through bids from numerous potential expansion cities.

FC Cincinnati rose to prominence after breaking numerous USL attendance records and with an ambitious stadium plan, the team from Cincinnati did enough in the eyes of the league to earn an expansion slot. They will continue to play at Nippert Stadium on the campus of the University of Cincinnati until 2021, when their new 21,000 seat soccer specific stadium is supposed to be done.

The selection of Cincinnati will naturally be a tough pill to swallow for Sacramento Republic FC, who have been the model USL team for years, and was also hoping for its MLS shot in this window. The fact that the Republic has been overlooked in this first wave of expansion from 24 to 28 teams bodes well for San Diego, and must surely mean that Sacramento is trailing behind other markets when it comes to the criteria the league has outlined.

Let us not forget the situation with Columbus Crew SC. MLS Commissioner Don Garber has expressed that he thinks Ohio can support two teams, and nothing with the Crew has been decided yet. That assertion may offer some small hope to supporters of the #SaveTheCrew movement, but for most realists Cincinnati joining the league has to be considered a harbinger to worst case scenario.

For followers of the MLS expansion process, thoughts now turn to the remaining two slots set to be awarded at some hitherto undefined moment in the forthcoming future. In the past, SoccerNation has ranked various markets based on a highly (not really) scientific process. Stay tuned for a rekindling of that series as the last two places in Major League Soccer are decided.