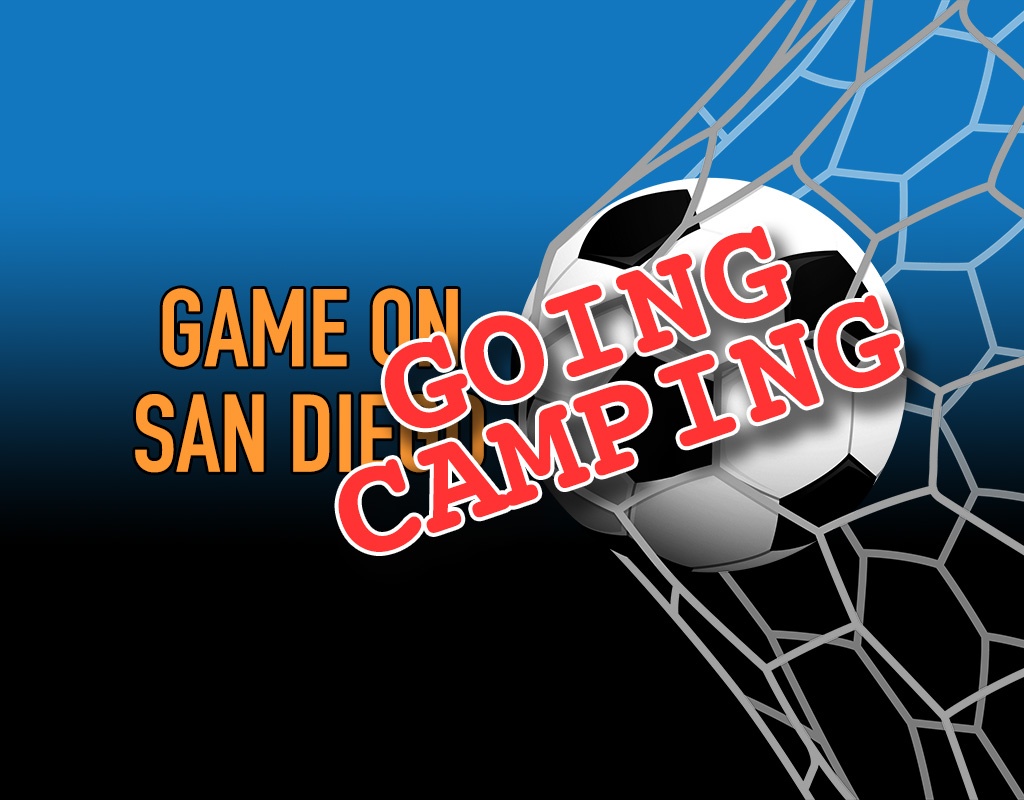 “Game On San Diego” was submitted 17 days ago

San Diego County’s “Game On” protocols for a safe return to youth sports were submitted to Governor Newsom 17 days ago. Gaspar explained in today’s call, “Game On was accepted as-is by our public health officer, who had already approved similar protocols for daycare providers. We sent our Game On safety protocols to the governor, and we still haven’t heard back.”

A brief overview of the Game On San Diego protocols for youth sports:

“Our kids’ lives were turned upside down instantly without warning.”

Gaspar continued, “We [San Diego] responded to this pandemic two weeks before the rest of the state. San Diego is ready to take the lead in opening. This delay has been very frustrating. A slice of normalcy needs to be returned to our kids. Our kids’ lives were turned upside down instantly without warning.

“I spoke with Rady Children’s Hospital earlier. They said they’ve seen more severe child abuse cases in the last three months than they had seen in all of 2019. That is tragic. We need to get kids back to school and back to normal life.”

Gaspar explained, “The California Department of Public Health announced that today, June 5th, the governor will say that summer camps will be available for our kids, under specific safety protocols. San Diego county can attest to being ready for youth summer camps, which means our youth sports can fit within that guidance for camps.”

Shortly after the Zoom call, California’s official announcement was released:

Now that Governor Newsom has announced the protocols for youth sports camps, counties will be able to submit plans to the state for approval. San Diego’s “Game On” protocols already fit within the state guidelines for youth camps, with a few possibly minor modifications, so approval is expected right away.

As soon as Governor Newsom released his guidelines for “youth camps,” San Diego began the process of matching up the pre-existing “Game On” protocols with the June 5th announcement. San Diego County health officials will attest to the governor that San Diego is ready to begin youth sports camps under the latest guidelines. Once that is submitted, approval is expected from Sacramento as early as this weekend, or possibly Monday June 8th.

“If sports leaders and coaches can frame their re-opening announcements as ‘camps,’ approval should be easy.”

Gaspar was clear to point out, “Youth sports already operate as a form of a ‘camp.’ If sports leaders and coaches can frame their re-opening announcements as ‘camps,’ approval should be easy. That doesn’t mean you need to submit official camp plans or get special licenses. You can operate your practices just as you were planning to under the Game On protocols. If you simply call the field time a ‘CAMP,’ that will fit into the state’s approved guidelines for youth sports. It’s true, it’s just a word. Practice versus camp. The state is specifically approving ‘camps.’ So, if we call our youth sports ‘camps,’ approval should come easily.”

“By next week, we should be approved for camps.”

Gaspar was optimistic in explaining when clubs and teams should expect to be able to hit the practice fields. “By Wednesday morning, we should be approved for camps. We will submit our protocols as soon as the state allows us. Then, approval should come quickly.

“Once we have state approval, we can open up the process to allow organizations to submit their plans to the county. Safety protocols, forms the parents need to sign, plans for following the sanitation and safety requirements. All that fun stuff. Once we get that from an organization, and we approve it, they’re good to go.”

HOWEVER: Plans may vary from city to city

One meeting member pointed out that the city of La Mesa has announced a delay. Gaspar agreed, “Yes, some cities, like La Mesa, are facing difficulty right now with protests and public safety. Of course their focus is going to be away from sports right now. Any organization needs to be sure they have access to the fields in their own city. Some cities may have their parks and parking lots open. Like Carlsbad. Carlsbad’s parks and parking lots are open. But some cities haven’t opened their parking lots or parks yet. You need to work within your city.

“If you need help, please come to us”

“If you need help,” Gaspar explained, “PLEASE come to us at the Board of Supervisors. We want to help you! Of course you are not experts in local government. We can help you navigate city rules and help you work with officials in your specific area.”

If all goes well, young soccer players in San Diego County could be hitting the practice fields as early as Friday June 12th.

Expect any mass emails and announcements from your team to describe your upcoming team activities as “CAMPS.” Using the term “camp” or “sports camp” will gain faster approval and avoid state scrutiny, since “camps” are now allowed under state COVID19 re-opening protocols.

What about games and tournaments?

“Surf Cup, for example. I know they are usually a huge event compacted into just a few weekends. They’ve been really creative in field space and spreading out the tournament over many weekends in August. They’re a great example of creativity in dealing with our current challenges.”

Gaspar concluded the call thanking everyone for their help in creating the Game On protocols. She reminded everyone, “Abide by safety protocols. Operate in stable groups of 12. Keep your families well-informed. We will help you in creating all of the forms and documents you need. Game On already gave us a big head start, which is great. Calling the sessions “CAMPS” will just be more easily approved. I’m excited that we are so close to getting our kids back to the sports they love and need.”

Hopefully, San Diego youth soccer players will be able to return to the practice (ahem CAMP) fields next week!

Stay Tunes to SoccerNation for updates

Newer Post
Warren Smith on SD Loyal’s Return: Home Games Will Be Behind Closed Doors
Older Post
Mark your calendar for JULY 11th! USL is BACK!