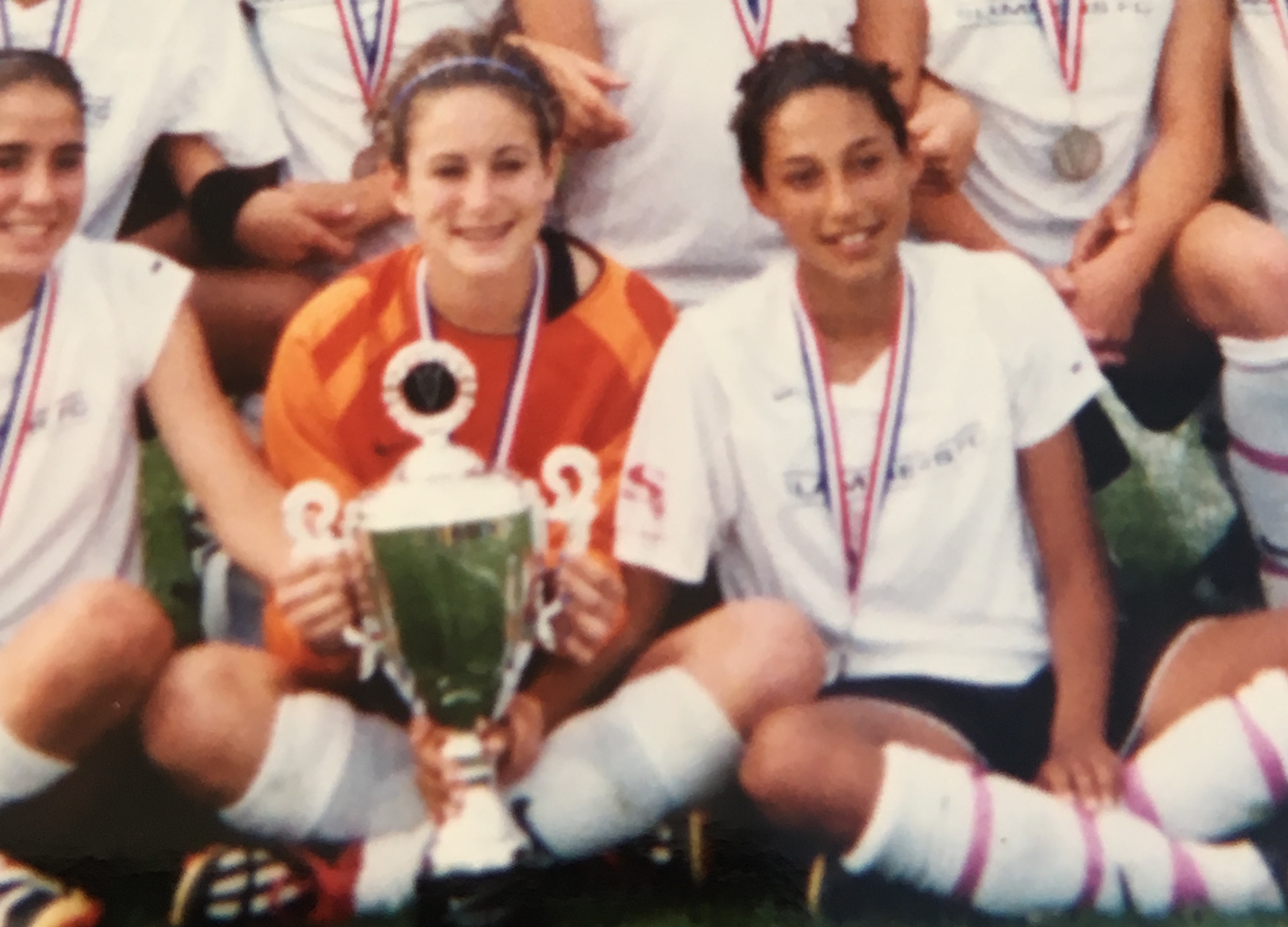 From SoCal to the World Cup: USWNT’s Christen Press

The FIFA Women’s World Cup is coming up fast. Every player on the US Women’s National Team (USWNT) has a story about how she got to where she is today. For a while now, I’ve been collecting research and compiling information for articles about those years of youth soccer across the country.

Yesterday I was watching the US take on Spain.The American women were trying to rebound after their 3-1 loss to France last weekend. The score was deadlocked 0-0 at halftime, and Spain was putting up a fight. Enter Christen Press. In the fifty-fifth minute, she took on the entire Spanish defense. With her skills and speed, she put her team up 1-0 to secure the win for USA.

After the final whistle blew, I sent an email to Slammers FC, her youth club. Within thirty minutes I was on the phone with her youth coach, Ziad Khoury.

Coach Khoury was very kind to spend time on the phone with me so that you, SoccerNation family members, can get to know more about Christen Press and her youth soccer years in Southern California.

“I’ve been watching Christen do that since she was twelve years old.”

SN: Thanks so much for talking with me! First, did you get to see the game?
ZK: Yes, I watched the game. I’ve been watching Christen do that since she was twelve years old. She’s always has that ability to separate with her speed.

SN: Tell me more about what she was like as a youth player.
ZK: She is fast, of course. And she’s a lethal finisher. With both feet.

SN: What is she like as a teammate?
ZK: She’s a great teammate, from a very young age. She brought great leadership on and off the field. When the game was on the line, Christen was always there. She rose up and brought the team with her. She always knew how to find that next gear.

SN:She wasn’t really on the National Team radar as a youth player.
ZK: No, she wasn’t. That’s a great point. When she was sixteen, our Slammers team played the US Under-16 team. We beat them 1-0. Christen scored the goal. And she still didn’t even get onto the national team radar. None of those Under-16 national team players ended up on the USA roster that won the future World Cup!

SN: Interesting. Parents and players often think they have to be on the national team radar early, for a great chance at future success.
ZK: Exactly, but it’s just not true. Everyone thinks if they’re not on the U14, U-16, U-18 national team, they don’t have a chance. Look at Christen. She wasn’t on the national team radar until after she finished college! She was never on a youth national team. None of those sixteen-year-olds we played that day ended up playing on the World Cup winning team with players the same age!

SN: What advice would you give to players who want to reach that level?
ZK: Sometimes it’s just not the right time, there are a lot of moving parts in soccer, and especially on the National Team. Sometimes the coaches see something in others at different times, and you just can’t understand it. You need to stop worrying about why others were chosen, and keep challenging yourself every day, every training session, every game.

SN: Even the players that don’t end up reaching those heights can learn so much from soccer.
ZK:YES! I’m so glad you said that! It’s worth it for EVERY PLAYER, even if you don’t end up on the national team, college team, pro team, whatever! Through this journey, you learn so much.

Competitive youth soccer teaches you so much!

You learn to deal with failure, injuries, setbacks, strength, endurance, dealing with all sorts of people. The tools you’re going to have, work habits.. You’ll have such great tools that will carry you so far in life… being a wife, a worker, a teammate, a friend, a mother… It’s a beautiful journey.

For example, let me tell you a story. Christen’s Slammers team was great, but we went through some tough times. For the U-15 year, we didn’t even make it out of our group round at National Cup! After that, the girls took that as motivation to come back stronger the next year. We would run on the beach every morning, and that gave the girls the fitness to go on a win the U-16 National Championship the next year.

Failure teaches you to work hard.

Working hard, failing, working harder, and achieving goals, these are tools each girls will have her whole life.

SN: Thank you so much for taking the time to talk today! Soccer really is the beautiful game.