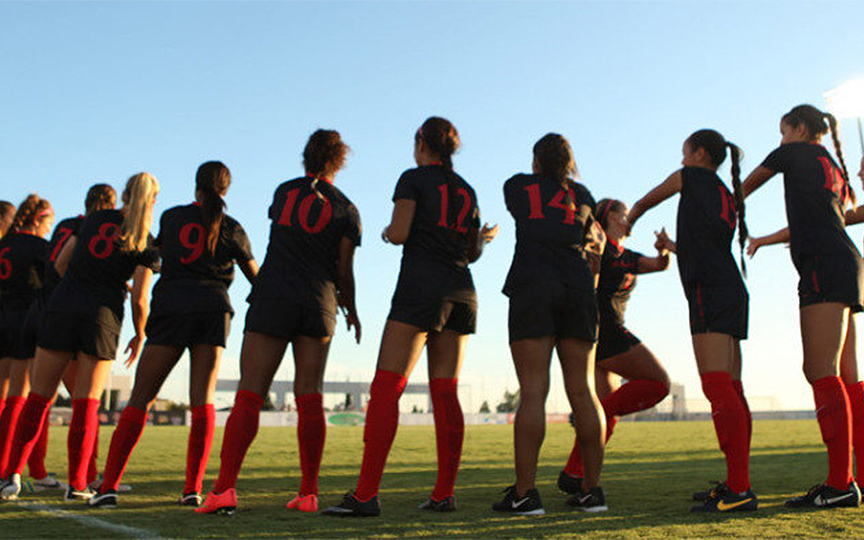 Coming off a third consecutive regular season title and conference tournament championship, SDSU Women’s Soccer has been graced with an incoming freshman that has been named a California All-Star by TopDrawerSoccer.com.

Kate Hart grew up in Huntington Beach, California, and played for Slammers FC. She is one of seven goalkeepers named to the 78-player all-star team named by Top Drawer Soccer in the previous weeks.

Hart is one of eight incoming freshman making an appearance for the first time on Montezuma Mesa this year after San Diego State has had a dominating past three seasons. The Aztecs will be looking to sweep both the regular season and conference tournament for the fourth time, as well as look for its fourth consecutive NCAA Tournament bid.

The San Diego State Women’s Team will see 15 letter-winners returning this season as well as six starters from last year’s conference championship team. The Aztecs will be in action for the first time this season versus Long Beach State on August 14th at the SDSU Sports Deck as they prep for a busy preseason campaign against Arizona State, University of Arizona, Cal Berkeley and University of Kentucky.

Come support the Aztecs next Friday at SDSU as they begin their next campaign and strive to make a place in Aztec history.

Newer Post
What has changed in the USWNT lives after the World Cup title?
Older Post
Paris Saint-Germain Away Kit