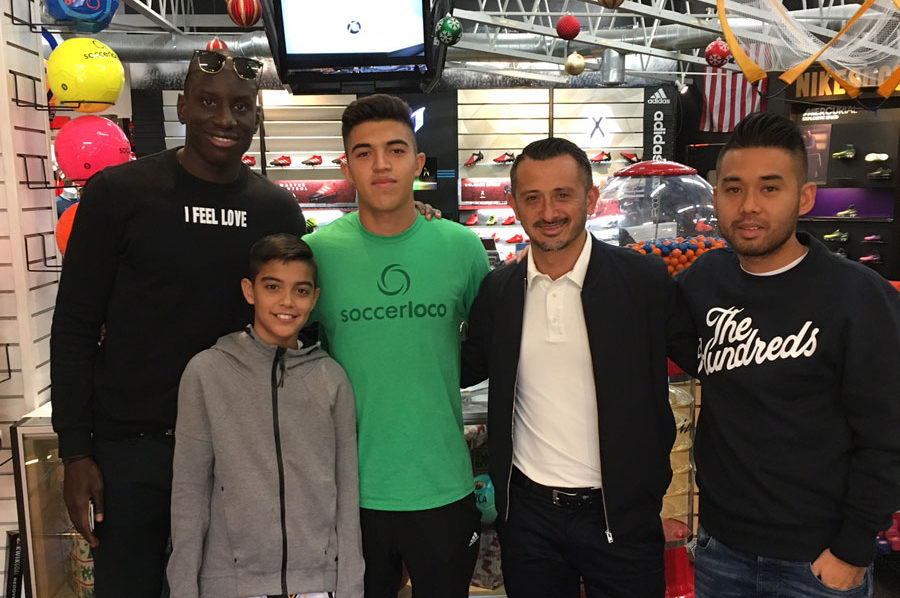 With the news that the NASL was going to retain Division II status from the U.S. Soccer Federation for 2017, came a new surge of reports of expansion, including two rumored expansion bids in Southern California.

Last week, more information emerged regarding the NASL expansion bid in San Diego. Demba Ba spoke to Eric Wynalda on the San Diego native’s SiriusXM radio show on Friday at the NSCAA convention, saying he was among the investors for a San Diego team.

Yes, that Demba Ba, the Senegalese international who has played all over the world, perhaps most notably for Newcastle United and then Chelsea in the English Premier League. Now playing in China at Shanghai Shenhua, the 31-year-old appears set to move into an ownership role.

Among the other notable people involved? None other than former EPL Player of the Season Eden Hazard, a teammate of Ba’s at Chelsea. This all according to Ba in his interview with Wynalda.

For those wondering about the reliability of this report, consider the fact that ownership groups have traditionally been shy to reveal themselves in NASL expansion unless the bid was very close to coming to fruition, and this key tidbit from Ba in the interview.

“We are close to finalize and get the license from the guys from Club 9 Sports and we have an LOE with the NASL, and we are very close to finalizing to bring the team in San Diego, which will be something big,” Ba told Wynalda.

Club 9 Sports is the agency that has been working with multiple NASL expansion projects, with Peter Wilt being the power player there. Wilt has built an impressive track record in American soccer, between launching the Chicago Fire with a bang in the late ’90s and more recently launching NASL side Indy Eleven, which struggled initially on the field but was a hit off the pitch from day one.

Now, will the likes of Ba be playing for the NASL side? You may not want to rule it out altogether, at least based on his own words.

“I might be playing another six, seven years, so why not play in San Diego so I can pay myself?” he said.

With reports of USL expansion, increased MLS expansion interest, and now this heating up of NASL expansion reports, the future of pro soccer in San Diego appears to be right around the corner. Nothing is guaranteed, but one figures one of these leagues will enter America’s Finest City before very long. Stay tuned.