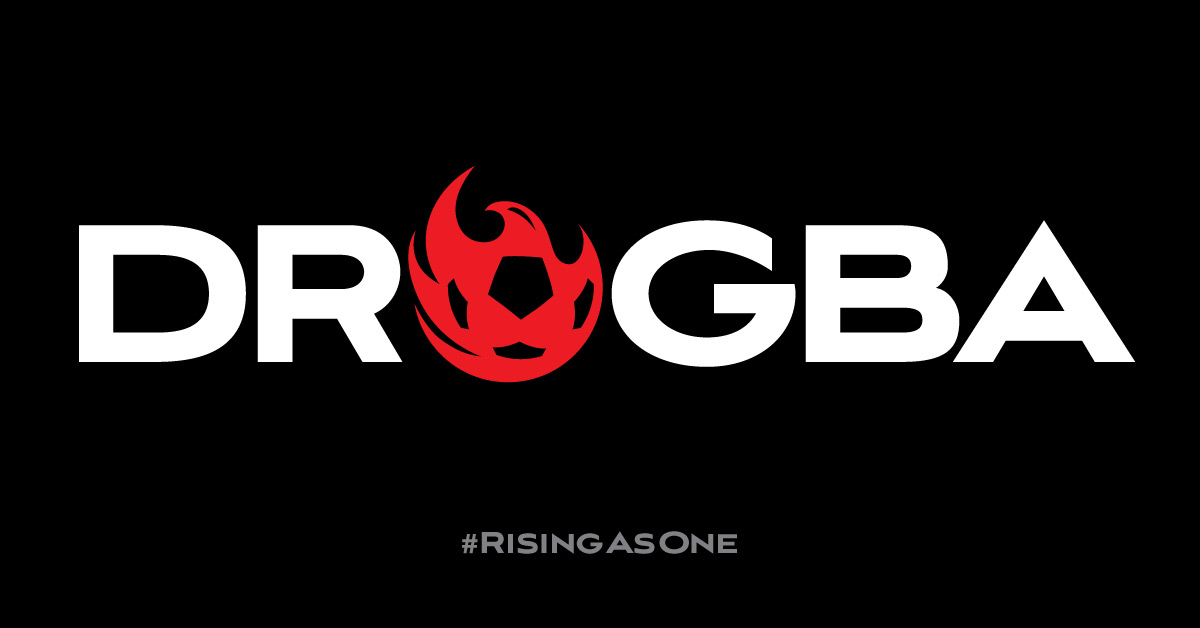 Why Drogba Matters: A Brief History of the USL in Phoenix

Scarcely anyone in the footballing world has not heard that one of the game's most influential living legends, Didier Drogba, has joined the United So

Scarcely anyone in the footballing world has not heard that one of the game’s most influential living legends, Didier Drogba, has joined the United Soccer League’s Phoenix Rising FC as a player and investor. The benefits to both Drogba and the club are many and varied, and have little to do with the immediate effect of the Ivorian’s production on the pitch. Still, a short journey back in time reveals the real significance of his arrival.

When set against the backdrop of the Phoenix soccer scene just five years ago, recent events seem even more outlandish. Silly, even. The stuff of young adult science fiction. Even one year ago, the club then known as Arizona United SC was not a contender in the always-interesting, sometimes-bitter race for the last remaining Major League Soccer expansion slots.

The Valley of the Sun, by extension, was still regarded as something of a pro soccer backwater in North America. A literal and figurative desert, many hundreds of miles, and perhaps several decades removed from the lush, expansive garden of plenty being enjoyed by other markets. It’s safe to say that almost no one in soccer was paying any attention to Phoenix.

WHY WE CAN’T HAVE NICE THINGS

Phoenix is a strange beast, but in no way is it lacking in passionate sports fans. On the contrary, the explosive population growth of this former wild west outpost has brought with it many thousands of unshakable allegiances to professional teams the world over. There is nary a major city in America that goes unsupported when its clubs travel to Phoenix. In fact, that’s part of our problem.

The NBA’s Phoenix Suns began play in 1968, when Valley residents numbered barely a million. That team has had some ups and downs, but by most standards has been well supported. In 1988, however, our true colors would come out.

The St. Louis (football) Cardinals, led by a frugal family business, moved to Phoenix, or rather, to Sun Devil Stadium in Tempe, where for eighteen years they would routinely draw fewer fans than their opponent on any given Sunday. A shiny new stadium and a few winning seasons led by guys named Kurt and Larry have begun to turn the tide, but the team will not soon have as rabid a local following as do the Green Bay Packers and New England Patriots.

Baseball’s Arizona Diamondbacks, launched in 1998, suffer similarly when the LA Dodgers and Chicago Cubs come to town, and subsist largely on the goodwill purchased with a World Series trophy in 2001. The Coyotes of the National Hockey League, well… How much time do you have?

In short, the history of support for professional sports in Phoenix is checkered at best, and loathsome at worst. Those fans who turn out for our teams year after year are on par with the best in the world. We just don’t boast very many of them.

Consequently, the term “fair-weather” gets thrown in our direction often, but the pejorative doesn’t do justice to the much more complicated issues that face one of the newest major cities in the western hemisphere. This town is still less of a collective than it is a collection. It is a tossed salad in a sporting landscape that rewards melting pots. It is a scorched, sprawling oasis that has attracted millions of individual souls who, for better or worse, are still trying to decide if they are interested in becoming greater than the sum of their parts.

Given all this, it’s a bit of a wonder that someone decided, back in the bad old days of the Great Recession, that adding a soccer team to the mix was a good idea.

Following fits and starts with the inception of professional soccer, including transient promises of attracting MLS and several credible rumors of then-USL PRO’s interest, an ownership group finally emerged in mid-2012, and Phoenix City FC was born. The club would shortly thereafter drop the “City” from its name and announce that they would also be known as the “Wolves”.

The nascent supporter group La Furia Roja 1881 rallied around the new team and offered a glimpse into the latent grassroots support that every owner should pray for.

The crest and kits were likable enough. The ownership group acted confident and competent. The stadium selection – Arizona State University’s soccer ground – was lauded by most. Even the head coach and first few signings engendered optimism.

In Phoenix, little was known about the newest iteration of USL PRO, then in its second full season, other than the fact that all of the clubs, save LA Blues, were east of the Mississippi. No matter. For soccer fans in this city looking for something to call their own, those were exciting times indeed.

It didn’t last long, though. In 2013, the team’s only season, results were predictably bad (it was a new team, after all), but there was also the ouster of the lead investor, the remaining ownership group’s inability to make payroll, crushing stadium costs, ownership transfers, and finally, the club’s outright removal from USL PRO in March 2014.

Those last months of the Phoenix FC era, humiliating as they must have been for the crumbling ownership group, were hardest on the fans. Season tickets had been purchased for the rapidly approaching 2014 season. Buses to away games were being arranged. Loyal members of LFR, among others, were attempting to plan for a season, fully scheduled by USL PRO, amid near-total silence from Phoenix FC.

On March 13th, it was announced that USL PRO had revoked the franchise from Phoenix FC, and transferred it to a new club, to be called Arizona United SC and owned by local advertising entrepreneur Kyle Eng. Incredibly, with just under a month to do so, Eng, alongside Arizona Youth Soccer Association executive Ron Gilmore, hired an entire technical staff, matchday personnel, and a scrappy group of talented young soccer players, and managed to kick off the season at home, and on time.

Eng went to significant lengths to separate his club from the scars of his predecessors, taking meetings with LFR, honoring Phoenix FC’s new stadium agreement with Peoria Sports Complex, and making up Phoenix FC’s Payroll shortfall to the tune of tens of thousands of dollars. The league’s front office welcomed Eng’s business acumen, involving him in league planning and lauding him for “saving soccer” in Phoenix.

For his part, Eng was generally very accessible, and shot straight about the team’s position in the community. Mainstream media approached the club sparingly, and usually only to inquire about when Major League Soccer would come to town. Eng was not shy about stating that reaching MLS was in fact a goal, but that his club would earn its way there, step by step.

Peoria Sports Complex was a serviceable home for a club’s first season, but as a baseball-specific facility on Phoenix’s northwestern fringe, it was roundly criticized and frequently cited as the primary detriment to attendance, which came in at under 2,500 on average.

On the field, the team, led by rookie head coach Michael Dellorusso, assembled a spirited Open Cup run, punctuated by a 1-0 halftime lead over the mighty LA Galaxy in the fourth round. United eventually dropped the result in that match, and narrowly missed the USL PRO playoffs. Fans, however, finished the year with the pleasantly satisfying optimism that comes when an owner appears to be in it for the long haul.

The club made several offseason upgrades, bringing in some established talent and signing a deal to play at the centrally located Scottsdale Stadium. Added to the club’s community outreach, this translated to significant early-season success at the gate. The team, however, missed the playoffs again, and Dellorusso was not retained.

SOMEBODY TO LEAN ON

The winds of change began blowing in late 2015, with the signing of longtime MLS coach Frank Yallop and then the announcements that DJ/rapper/producer Diplo and Fall Out Boy bassist Pete Wentz had become minority owners. Clearly, this was the beginning of something. Fans were just not sure what that something was.

Excitement for the new season was undercut, however, when conflicting reports about the club’s ongoing lease with Scottsdale suggested a tumultuous situation, and finally, Peoria Sports Complex was named as the home of Arizona United for a second time. Regardless, the team again performed for a mostly-empty baseball stadium, and despite playing more attractive, attacking soccer than in years past, they would stumble to another mediocre record, missing the playoffs for a third time.

Before the season ended, however, the dam burst. On August 31, 2016, Eng announced that he had sold his stake in the club to a who’s-who of Phoenix-area business owners, including Kona Grill President and CEO, Berke Bakay. Citing his pride at having launched and shepherded the club for nearly three seasons, Eng stated that he was happy to pass the torch to a group of people so clearly passionate about taking soccer in Phoenix to the next level.

And have they ever.

In November, in the penthouse lounge of a resort hotel on the Salt River Pima-Maricopa Indian Community a few minutes from Scottsdale, Bakay and company unveiled the vision for Phoenix Rising FC as we know it today.

A jam-packed roomful of media and fans listened with equal parts excitement and incredulity as the club announced its decision to rebrand, its partnership with the Arizona Youth Soccer Association, and a privately-funded pop-up stadium on phenomenally-located tribal land. Finally, almost as an aside, it was announced that the group had a plan for a much larger stadium on the same property, meant to fix the eyes of Major League Soccer firmly and permanently on the Valley of the Sun.

Given our beginnings, the events of the last few months are simply absurd. Phoenix Rising signed world-renowned players Omar Bravo and Shaun Wright-Phillips who, even at their ages, and even in today’s stronger, more-mainstream United Soccer League, are unthinkably high-profile additions to the organization.

Phoenix Rising Soccer Complex opened on March 25th, just 53 days after groundbreaking, and instantly played host to a record-breaking crowd of 6,890. Two weeks later, fans were treated to their new home’s first goals, and a reborn club’s first win. The smoke that filled the intimate stadium after Luke Rooney’s thunderous penalty kick symbolized perfectly the emotional release that it carried – a stirring sense that this was the end of a journey, but somehow also the beginning.

It’s not about results on the field. It was never about that. Will Drogba be the best player on the field every time he steps out? Not likely. He knows that. We know that. And it’s fine.

Didier Drogba’s arrival is about the future, and his ability to positively influence aspects of the club that have little or nothing to do with what happens on the pitch. His presence represents the intentions of this current ownership, of this fanbase, and perhaps of this thirsty southwestern metropolis, to flip the script on decades of mediocrity and self-fulfilling indifference, and take our place on the stage of world players, and world beaters.

Phoenix Rising now has our attention.