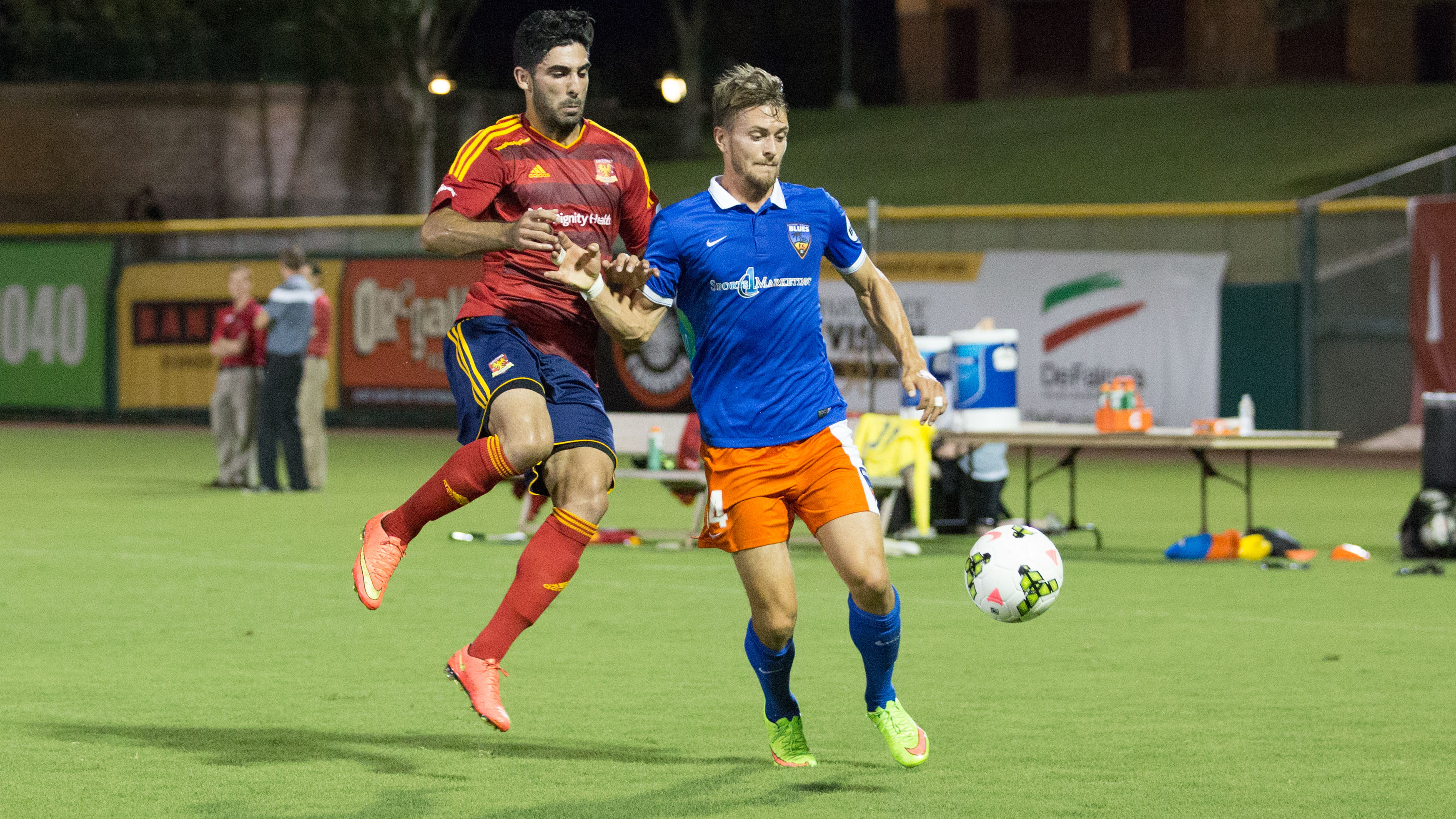 OC Blues FC Falls on the Road at Arizona United

Scott Morrison and Jose Cuevas scored for United to give the home side the win. Former Blues goalkeeper Carl Woszczynski made 13 saves to keep Orange County off the board.

The first half went back and forth with a few chances for each side. Head Coach Oliver Wyss had to go to his bench after just about 30 minutes, as Luka Petricevic had to be replaced, by Nikola Ilich, after being struck in the head by a would-be shot on goal. Morrison sent a free kick into the penalty area in the 40th minute that bounced into the net to give United the lead just before the break.

The Blues began the second half on the front foot, consistently pressuring the United defense and making Woszczynski come up with a number of big saves. Didier Crettenand, Josh Suggs, Christofer Ramirez, Chris Cortez, and Ryan Felix all had at least one chance to equalize the match, but were not able to get it past Woszczynski. Cuevas sealed the victory with a goal in stoppage time.

The Blues now head to the Sooner State to face Tulsa Roughnecks FC on Thursday, July 9th. Kickoff is scheduled for 5:30 p.m. PT.