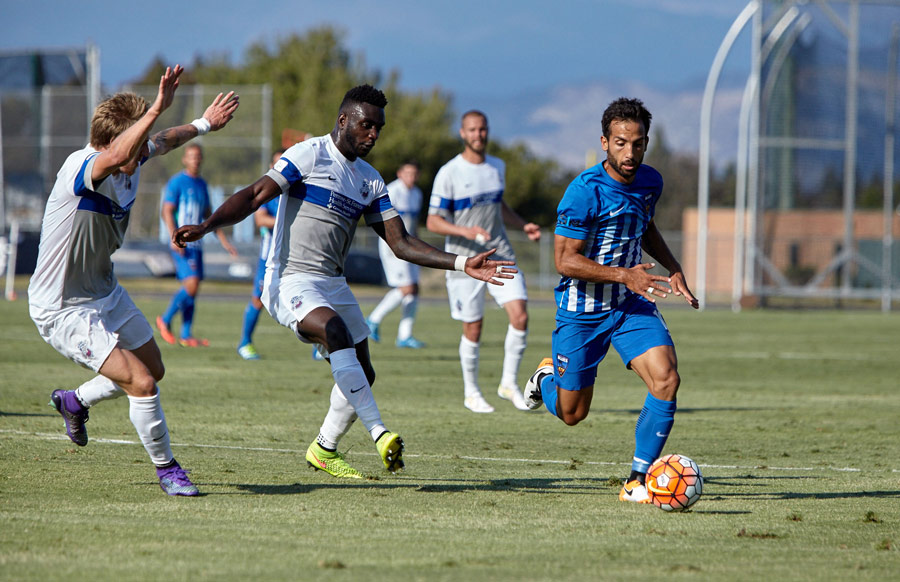 The streak is over.

After going the first eight games of the season unbeaten, including a 3-2 win over Colorado Springs Switchbacks midweek, the LA Galaxy II’s run came to an end, after losing 2-0 to Sacramento Republic at home on Saturday. Emrah Klimenta and Harry Williams each chipped in a goal to down the West’s top team, which had previously grabbed another comfortable victory on Wednesday behind Jack McBean’s hat trick.

Of course, going a full third of the regular season with just one loss is still mighty impressive and even with the setback they still remain atop the Western Conference. They’ll get their next opportunity to grab points in a top of the table clash against Vancouver Whitecaps FC 2, on the road, on Sunday. If LA manages to get a win in British Columbia, they’ll really solidify their case as the top team in the conference.

And as has happened so often this season, the fortunes of one local USL team follows the other, as the Orange County Blues lost as well, 3-0 to the Colorado Springs Switchbacks on Sunday, courtesy of goals from Saeed Robinson, Luke Vercollone and Martin Maybin.

History was made in the game, as the Blues broke the team record for longest consecutive minutes played without conceding, at 302 minutes, but beyond that it was a rough outing for the whole group. Goalkeeper Brandon Miller, who has rounded into form, was at fault on the first goal, and forward Akwafei Ajeakwa was shown a straight red card in the final quarter-hour, stalling any hope that Orange County could mount a comeback.

The loss means the Blues tumble from third place in the West all the way to eighth, but as we know in USL, a win or two can make a world of difference in the standings, things tend to be so tight. And the next chance to grab points for OC will be on Saturday, when they welcome Arizona United SC to town for the clubs’ first meeting of 2016. Arizona is two points behind the Blues at present, and with a new coach and new-look roster for United, it will be interesting to see if OC can regroup and get back to winning ways.