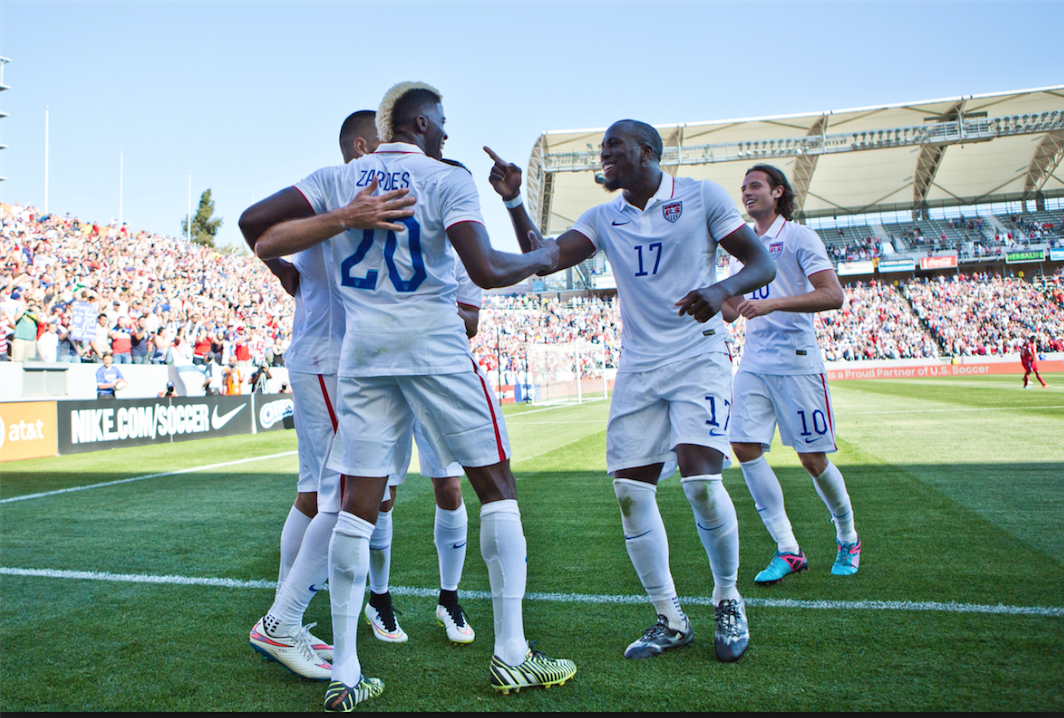 What to expect in the U.S.A. vs Germany game

After we watched the USMNT rally from a 3-1 deficit against Netherlands to emerge victorious 3-4, we knew that nothing is impossible for the Americans anymore. They played a completely different game in the second half; a couple of substitutes emanated a tangible a hunger for the win, and the Yanks were able turn the game around for a memorable comeback.

In the next game against Germany, we can expect an even tougher match, as this is the German squad that won the last FIFA World Cup. There will be a number of star players missing this game, as Marco Reus, Thomas Muller, Toni Kroos and their goalkeeper Manuel Neuer will all be elsewhere. However this German team is still one of the best in the world even without these players, and the U.S. better be prepared to work hard if they want to win this game.

Coach Klinsmann planned these tough friendly matches against the Netherlands and Germany to help prepare his team for the Gold Cup. This is also a chance for all the players to show the coach what they can contribute and prove they deserve a place on the roster. Klinsmann is also using these games to test out a couple of different strategies and players, and to check what works best against teams that posses such high quality. If you want to be the best, you got to play against the best.

Now, in regards to what we can expect from this team and the match, there is Michael Bradley who is a key player in this U.S. team. He performed extremely well against the Netherlands, contributing heavily to the plays that turned into goals for the Americans. If he is able to perform at his best level, he will definitely be that one player that can make the difference.

There are currently four forwards competing for two spots, Gyasi Zardes, Bobby Wood, Jordan Morris and Juan Agudelo. In the last game against the Dutch, all played except Agudelo, who did not get a chance to take the field. Wood and Zardes scored their first international goals, and Morris played really well even though he was only in for the last few minutes of the match. The Stanford player is still very young and has a long way to go, but if he continues to play like he has been, he will definitely have a spot on the team.

As far as the German team, what we can say is that they play in a very organized and structured system. All of their players have good technical skills, they also value possession and are very precise with passes and shots. This will definitely be a test to the U.S. defense, because any minor mistakes can be fatal with this team.

During the game against Netherlands, we could see how the U.S. defense was lacking organization, as Alvarado, Brooks and Chandler left gaps, and made mistakes that they cannot afford to make against Germany.

It will be very exciting to watch how our U.S. team will play when they face World Champions Germany, in their home country.