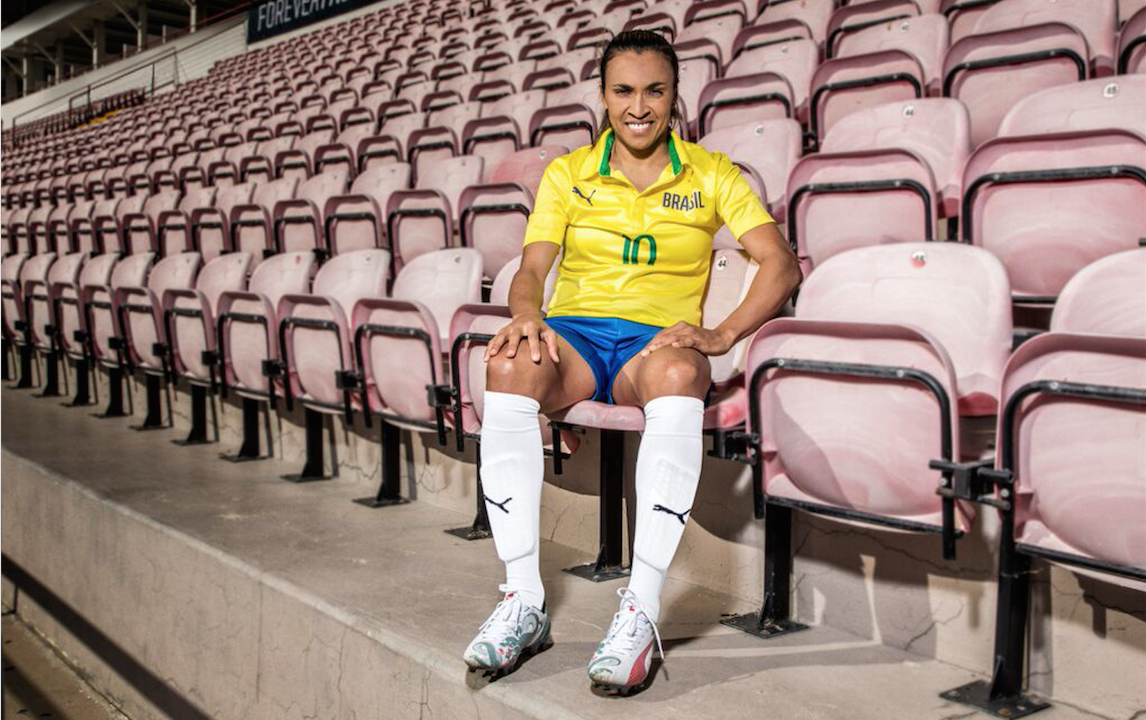 It is already your 4th participation in a World Cup with the Brazilian national team. Do you remember the feelings you had when going into the very first tournament back in 2003?

I remember it well actually, and my big dream hasn’t really changed until now. We would love to win the title, we wanted it in 2003 and we want it now. But of course my situation back then was very different to now. I have grown up within these 12 years and my role in the team is a different one. I was so young in my first tournament, but I scored a few goals, and it was an amazing feeling to score for my home country on such a big stage.

What are your expectations for this tournament?

We have a very young team this year, and our structure has changed quite a long recently. But the team is not only young, the girls are also extremely talented. We also have a fairly new coach and he has worked hard with us to be prepared for the tournament. We are his first women’s team, so he was trying out a few things to find the perfect team, and now I feel we are in a good position to impress in Canada.

What is the biggest challenge for the Brazilian team in regards to your own performance?

We have many creative players, and we are also patient normally. However, in the past we have sometimes been a little disorganized, but we have worked with Vadão on this and I believe we have improved a lot in this area.

How do you like the extension of the tournament to 24 countries compared to the former set-up with 16 teams?

I think it is great, as it really mixes up the traditional set-up with always very similar teams participating. Eight countries will debut this year, and I feel this makes the tournament a lot more interesting, also from a spectator point of view. Some people say, it will have an impact on the quality of the games, but I definitely disagree.

Group D with the USA, Sweden, Australia and Nigeria is called the ‘group of death’. If you were to find a name for your group, what would it be?

I would call it the ‘group of possibilities’. We have the highest FIFA ranking, but none of the other teams in our group should be underestimated. Costa Rica has some brilliant individual players, South Korea is always a tough opponent to us as they are being very technical and well organized. Spain will have their World Cup debut in our group, which could definitely cause a surprise.

Some people call you ‘Pele in a skirt’. Do you like this nick name?

(Laughs) Of course I do. It is an honor to be compared with Pele. I would be happy if one day someone will be called ‘Marta with pants’.

You have done a lot for the reputation of women’s football, within Brazil but also worldwide, especially through your work as the UN Global Ambassador for Women’s Empowerment. What is your vision for female football when looking ahead to the future?

To grow Brazilian football, I would wish to get more support from the federation. It has improved a lot in the past years, but I still think it should be more. It is a long-term investment that is needed and doesn’t help if only the current senior team is being supported. We need the youth teams to become more professionally organized, so more girls in our country can make their dream of being a footballer come true. And for worldwide football I would love to see more women being the manager of male teams. This is still a very uncommon scenario, whilst many men coach female teams. I think this has a lot of potential to change and to become more accepted overall.

My work as a UN ambassador for the empowerment of women of course helps to support female football around the globe, but it is also a lot more than that. I have had the chance to visit Sierra Leone for example, and spoke to university students, civil society groups and female parliament members. Together we work on spreading the message ‘When women succeed, we all win’, and I truly believe in this. We have to be patient, but on the long run I think our work will become fruitful and rewarding for women worldwide. 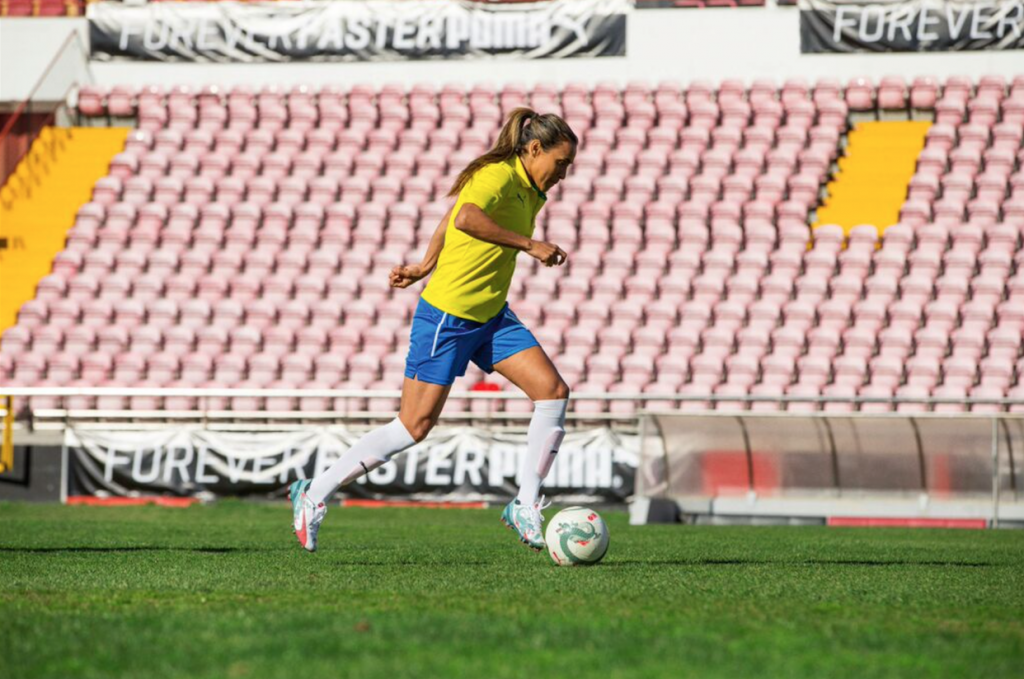 PUMA spoke to Marta ahead of the FIFA World Cup 2015 in Canada. Marta wears the latest PUMA evoSPEED 1.3 football boot for extra agility and speed in her game.

Newer Post
What to expect in the U.S.A. vs Germany game
Older Post
USA U20’s vs Colombia U20’s Preview