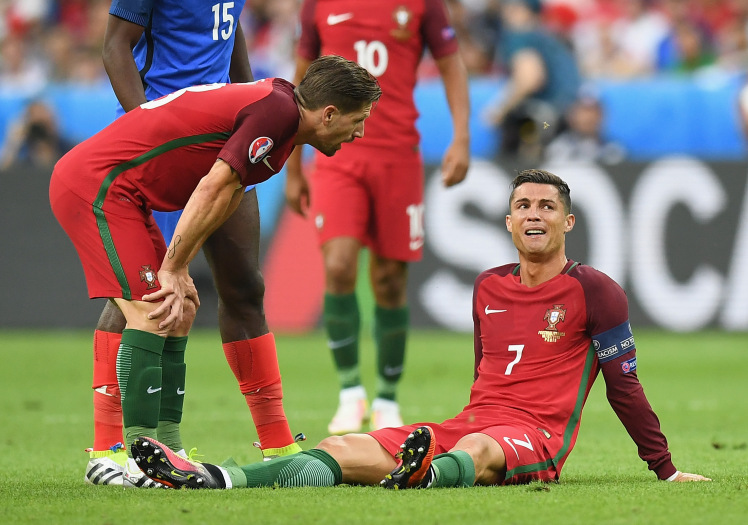 Looking Back on July

July was one heck of a month in the soccer world, from the crowning of continental champions to transfer sagas and fairy tales. Here’s Soccer Nation’s Nate Abaurrea with his 10 best storylines from a wild 31 days, spanning across the globe with a sprinkling of local San Diego flavor.

Though this story broke at the conclusion of the Copa America, which saw Messi miss a penalty and Argentina lose to Chile in the final, the shock and awe carried into the days of July. It sparked a wave of simultaneous anger and sadness, as Messi and a handful of other prominent Argentine players announced their retirements from the national team. Many people, including yours truly, have a hunch that he’ll be back, maybe sometime around the summer of 2018. We shall see.

It’s on again. It’s off again. Will it ever end? Will United get their $113 million pound man, the same guy that once played in their youth system? The same guy Sir Alex Ferguson didn’t think too highly of and sent packing for dirt cheap? Yes. They probably will.

“I came to Paris as a king. I left as a legend.” Those are the words of Zlatan Ibrahimovic after it was announced that he would sign with Manchester United. Will he leave United as a legend? Or will he be a monumental flop?

There will be no more Manchester United talk after this one. This sums it all up. The summer spending spree started with the signing of one of football’s most charismatic and polarizing managers. The Special One has proceeded to pen some of the biggest names in the world, and set United up for one of their most highly anticipated Premier League seasons in recent memory. Some have them pegged to win the whole thing, while others see them as a three ring circus that is likely to explode at any moment. One thing is for certain; there is enough arrogance in that dressing room to smother the whole planet. Mourinho and Ibra!? Manager and striker!? Are you serious!? I’m not sure if Old Trafford will be the “Theatre of Dreams”, but it’s sure to be theatrical.

Ze Germans still feel hard done by a handball decision that saw this Euro 2016 semi-final turned on its head. The Germans had dominated up to that point and looked poised to move on to the final. But instead it was Antoine Griezmann’s day, as the French star shot his side into the tournament’s last match. It was the first time the Germans had lost a match at a major tournament since Mario Balotelli knocked them out of Euro 2012 with a brace of his own.

5. The North County Battalion battle to the last 16

We’re coming back to San Diego for this one, a city that saw two new National Premier Soccer League clubs hit the field in 2016. One of them was the North County Battalion, who played some of the most exciting soccer (sometimes too exciting from the point of view of the coaching staff) in the league. As the highest scoring team in the Southwest Conference, the Battalion made it all the way to the last 16 of the NPSL playoffs. Sadly, after an enthralling 5-3 comeback win over Deportivo Coras of Riverside that propelled them to the last 16, the Battalion ran into an orange buzz saw known as the Sonoma County Sol. On July 16th in Santa Rose, the Sol defeated the Battalion 3-0 to end their season. Rest assured, the Battalion will be back with a vengeance in 2017.

4. Albion Pros stay unbeaten, until it all came tumbling down

That other upstart NPSL side was Albion Pros, who reeled off a 13 game unbeaten run in league play (including the playoffs). Not bad for an inaugural season. It could’ve been 14, and maybe more, had it not been that damn Sol. The same side that knocked the Battalion out of the playoffs came down to San Diego a week later and beat Albion 1-0 at Mission Bay, Diego “Toluca” Lopez with the lone goal after netting a brace against the Battalion seven days prior. It was Albion’s first loss in their competitive existence, and certainly left a bitter taste in the mouths of players, coaches, and fans alike. But just like the Battalion, Albion Pros are already thinking about the 2017 NPSL season, and what they can do in the meantime to take steps forward. San Diego is a better place, soccer wise, with both sides competing against one another. After two fantastic editions of the newfound rivalry, San Diego soccer fans are chomping at the bit for another Albion v. Battalion encounter.

Alright, technically, the beef of this fairy tale took place in June, and the only game they played in the month of July saw tournament host France absolutely wipe the floor with them and beat them 5-2. But who cares!? This is a July story as much as any, quite possibly the most beautiful moment of all was the team’s arrival back in Reykjavic the day following the loss to France. In a country with a population of just over 323,000, it felt like every single person lined the streets to greet their newfound footballing heroes. We all remember the “thunder clap”. Watch the video of the clap from July 4th, and you just might get some Icelandic shivers down your spine.

Atletico Nacional defeating Independiente del Valle of Ecuador in the two leg final of the Copa Libertadores was about far more than a trophy and a piece of glory. The victory was a piece of symbolism, yet another seed planted in the reborn and newfound garden of Colombian soccer. For so many, Atletico Nacional will always be synonymous with Pablo Escobar and the Medellin Cartel, Escobar pouring money into the club during the height of the era known as “Narco Soccer”. With what the new generation of Colombian players have done with the national team in recent years, combined with Atletico Nacional’s incredible run to the Copa Libertadores title, which ended with a 2-1 aggregate win for Los Verdolagas, it is safe to say that Colombian soccer is in a new age, perhaps finally able to move beyond the dark past that plagued the country for so long.

So many journalists, pundits, and fans alike wanted to pin this on a French choke, with others throwing ridiculous guilt trips at the Portuguese for playing “negative football”. Nobody outside of Portugal seemed all too inclined to give credit where it was due, to a group of players who watched their best attacker, their captain and international superstar Cristiano Ronaldo hauled off after 25 minutes, only to defend valiantly all the way to the bloody end, with substitute Eder scoring a sensational winner in the 109th minute as the game looked destined for penalties. Look, maybe Pepe puking on worldwide television at the conclusion of a game where he received the man of the match award was some sort of metaphor for the final itself, and for the fact that Portugal won just one match in regulation in the entire tournament, but enough with the “negative football” talk. Portugal won the Euro’s. Ronaldo went from superstar to biggest fan / assistant coach. It was a massive upset in a competition filled with funkiness. When we look it up years from now, all we’re going to see is Portugal 1 France 0.