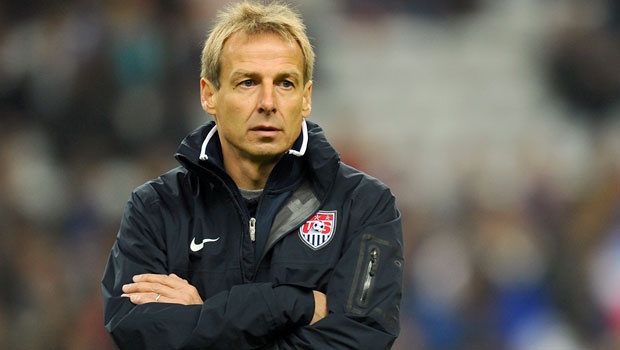 Klinsmann’s views on the U.S. facing Netherlands and Germany

Klinsmann as a German-born former player and now coach knows the quality of European teams and the level they play at. So he is aware of the challenge coming ahead of his men when they face the Netherlands and Germany, but he also believes this will be a great experience to many players who never played against teams of this level before and they all can definitely learn from that.

[quote_box_center]”It’s a huge opportunity to play nations like these two in order to see a lot of things that you want to see from your players,” Klinsmann said. “In a certain way, we want to see a couple of guys get thrown in the freezing cold water and see how they can swim and where they stand right now in the ranking of the men’s national team. That’s why I want to see [defenders] Ventura Alvarado or John Brooks play in games like this. Up front, because Jozy Altidore is not here and Clint Dempsey is not here, the youngsters that jump on board now have got a point to prove. For all these guys, games like these are opportunities that don’t happen often in a lifetime, so you better jump on those.”[/quote_box_center]

Jermaine Jones is another important player on the squad that will miss both games due to an injury sustained while playing for New England Revolution just a few days ago.

However, Netherlands won’t have their complete squad either as there are a couple of players injured and part of their defense was out for a while, and have not trained for this game. Netherlands coach Hiddink is not too worried about it though since it is only a friendly match.

“The orange machine” did win 2-0 against Spain in their last friendly and it seems that the players are confident going into this match against the U.S. to build more momentum for their Euro 16 qualifier to be played the following week.

The USMNT faces Netherlands on June 5th in Amsterdam and then go on to play against Germany on June 10th in Cologne.