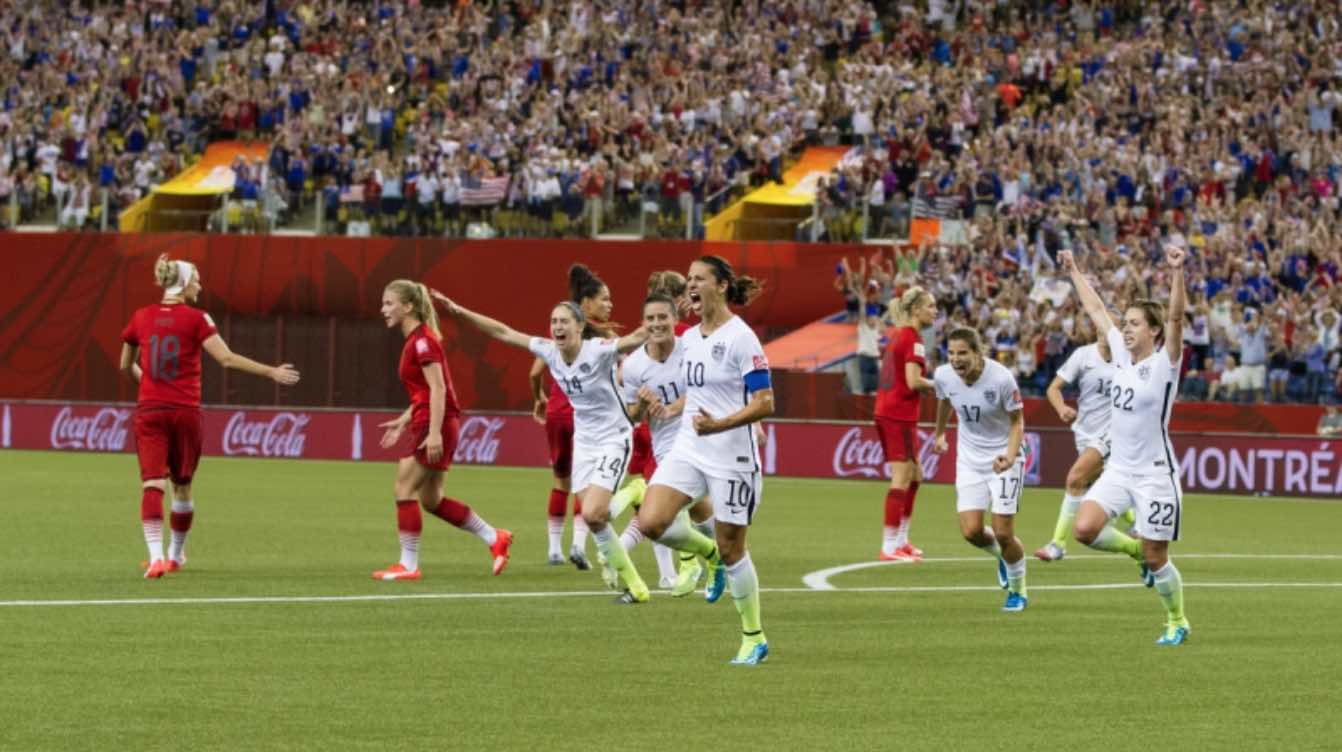 USWNT beat Germany and move on to the World Cup final

The U.S. played a very exciting match against Germany this Tuesday afternoon, putting in their best performance of the competition so far. The Americans beat No. 1 ranked Germany by a 2-0 scoreline andnow advance to the World Cup final. This was a match that everybody was waiting for and many fans wanted to see whether the U.S. could perform well under pressure and against a great team like Germany.

In the beginning of the first half Germany ith high intesity, but the U.S. defense withstood the onslaught and kepy Hope Solo from having much work to do. As the first half went on, the U.S. created multiple chances and drew some impressive saves from the German goalkeeper, but neither team was able to score in the first half.

The main turning point of the match happened when Julie Johnston made her first big mistake in the tournament when she pulled a German player back inside the box to prevent her from finishing an obvious scoring opportunity. Johnston received a yellow card when it should have actually been a red card.

Fortunately for the U.S., German player Celia Sasic missed the penalty as she [;aceed it out to the right of the goalkeeper and, crucially, the post with 59 minutes on the clock. This was the first time that Germany missed a penalty kick in a World Cup. The U.S. fans and players celebrated this mistake almost like it was a goal for the Americans.

Throughout the match, California native Alex Morgan had several very good chances to score, but just wasn’t quite sharp enough with her finishes. With 69 minutes in the clock, Morgan received a ball, drove at the heart of the German defense, and was fouled by a German defender. Carli Lloyd was the chosen one to take the penalty and unlike Sasic, Lloyd scored the first goal.

Late in the second half, when the U.S. was pressuring Germany, Lloyd played the ball back across the front of the goal for Kelley O’Hara to score her first international goal in the 84th minute and give the USWNT some breathing room in what had been a tightly contested match.

In this game Carli Lloyd once again had much more freedom to attack and create plays, which is what she does best. She is the kind of player that comes up big when the team needs her, as she scored the winning-goals in 2008 and 2012 Olympic finals.

The U.S. defense has also kept a scoreless streak for 513 minutes in this World Cup, which is the longest in U.S. history.

Coach Jill Ellis has to receive some credit for this victory, as she played only one forward (Alex Morgan) and three central midfielders (Lloyd, Lauren Holiday and Morgan Brian). With that line up, they were able to have more possession of the ball and create much more chances up top.

The U.S. is now in the World Cup finals, but its opponent will be decided tomorrow when Japan plays England for the other semifinal. The final will be on July 5th in Vancouver at 4 p.m. PT. If Japan does beat England and move on to the final, this will be a rematch for the U.S. after the final in 2011 when Japan won.