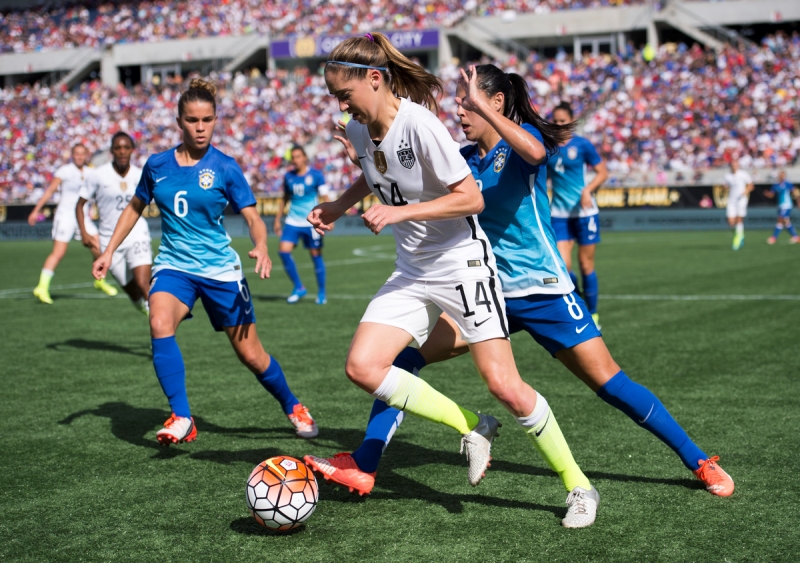 In just 30 days, U.S. Soccer will host its second four-team tournament of the year as Brazil, Japan, and Australia will compete alongside the U.S. Women’s National Team in the Tournament of Nations which will be held from July 27 to August 3. The tournament will be played CenturyLink Field, Qualcomm Stadium, and StubHub Center and each location host a doubleheader.

The U.S. is currently ranked first in the world, Japan is sixth, Australia is seventh, and Brazil is eighth.

The tournament kicks off on July 27 at CenturyLink Field in Seattle with Brazil facing Japan in the early match at 4:15 p.m. (all times local) and the USWNT will face Australia in the later match at 7:00 p.m.. The tournament will then move south with Qualcomm Stadium hosting a doubleheader on July 30. Japan will take on Australia in the early match at 2:15 p.m. and the USWNT will then play Brazil at 5:00 p.m.

The final day of the tournament will take place on August 3 at the StubHub Center with Brazil and Australia in the early match  at 4:15 p.m. and the USWNT and Japan in the later match at 7:00 p.m.

The winner of the tournament will be based on total points, with the first tiebreaker being overall goal difference, followed by goals scored, then head-to-head results. Tickets are available for purchase on the USSoccer.com website.

U.S. Soccer is planning on hosting this tournament every summer during the years that do not feature a World Cup or Olympic Games. Next year’s tournament will feature the same four teams.

The tournament the USWNT hosted earlier this year was the SheBelieves Cup, which saw France walk away as champions. Germany finished second, England finished third, and the USWNT finished fourth. All of those countries are currently ranked five or higher in the current FIFA Women’s Rankings.