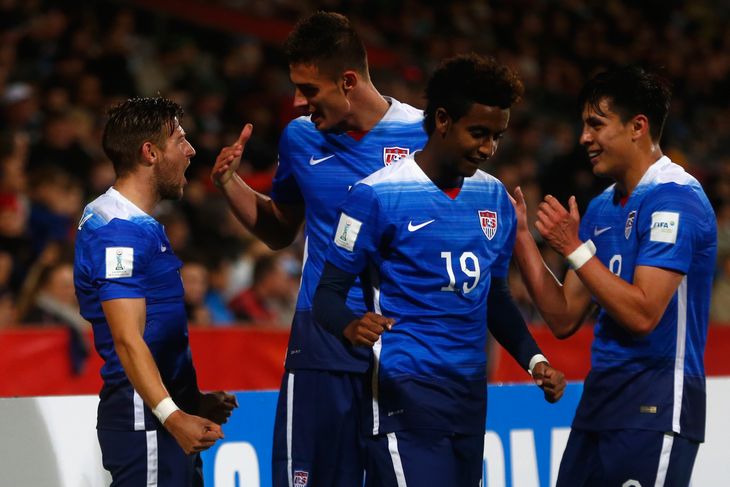 The U20s prepare for the first round of the knockout stage against Colombia this Wednesday. Both the US and Colombia advanced as second in their group

The U20s prepare for the first round of the knockout stage against Colombia this Wednesday. Both the US and Colombia advanced as second in their group and now are set to face off for a spot in the quarterfinals.

Tab Ramos, the US U20s head coach, is looking for more good performances from his key players like Marky Delgado, Bradford Jamieson, and Paul Arriola. Delgado has been a lynchpin in the defense this entire tournament while Jamieson and Arriola have been dangerous around the goal, scoring a goal a piece.

The US has performed well in this tournament so far and will be looking to advance even further. The US has had a good string of performances against CONMEBOL teams over the past few years and will be looking towards its very deep team to get another result and take them into the next round. In the three games so far in the competition, the US have given playing time to all 18 players on the roster with 6 different players taking part in the scoring.

The teams will meet up in Wellington, New Zealand on Wednesday at 12:30am PST. Tune into Fox Sports 1 to watch the first round of knockouts.