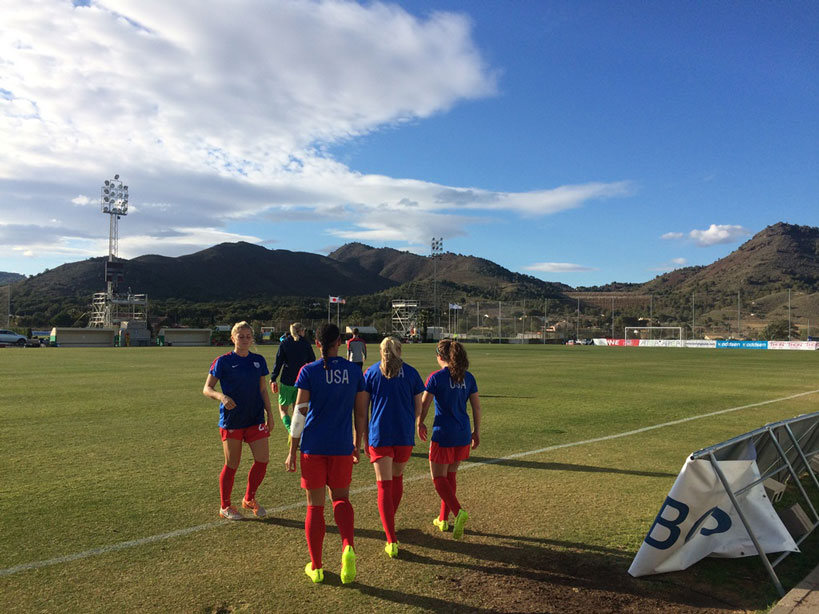 Five California players and the rest of the U.S. Under-20 Women’s National Team will travel to Madrid, Spain, for a training camp from Oct. 19-29 that will feature matches against Spanish First Division women’s clubs Atletico Madrid on Oct. 23 and Rayo Vallecano on Oct. 27.

U.S. head coach Michelle French has called up 21 players for the event as the team continues preparations for the 2015 CONCACAF Under-20 Women’s Championship, which runs Dec. 3-13 in San Pedro Sula, Honduras, and will send three teams to the 2016 FIFA U-20 Women’s World Cup in Papua New Guinea.

As the women’s college season is well underway, the roster heading to Spain is made up almost entirely of pre-college youth club players from five different birth years ranging from 1996-2000. The age cut-off for this group is players born on or after Jan. 1, 1996. French did call up two college goalkeepers in Rose Chandler and Samantha Leshnak, who are currently back-ups at Penn State and North Carolina, respectively.