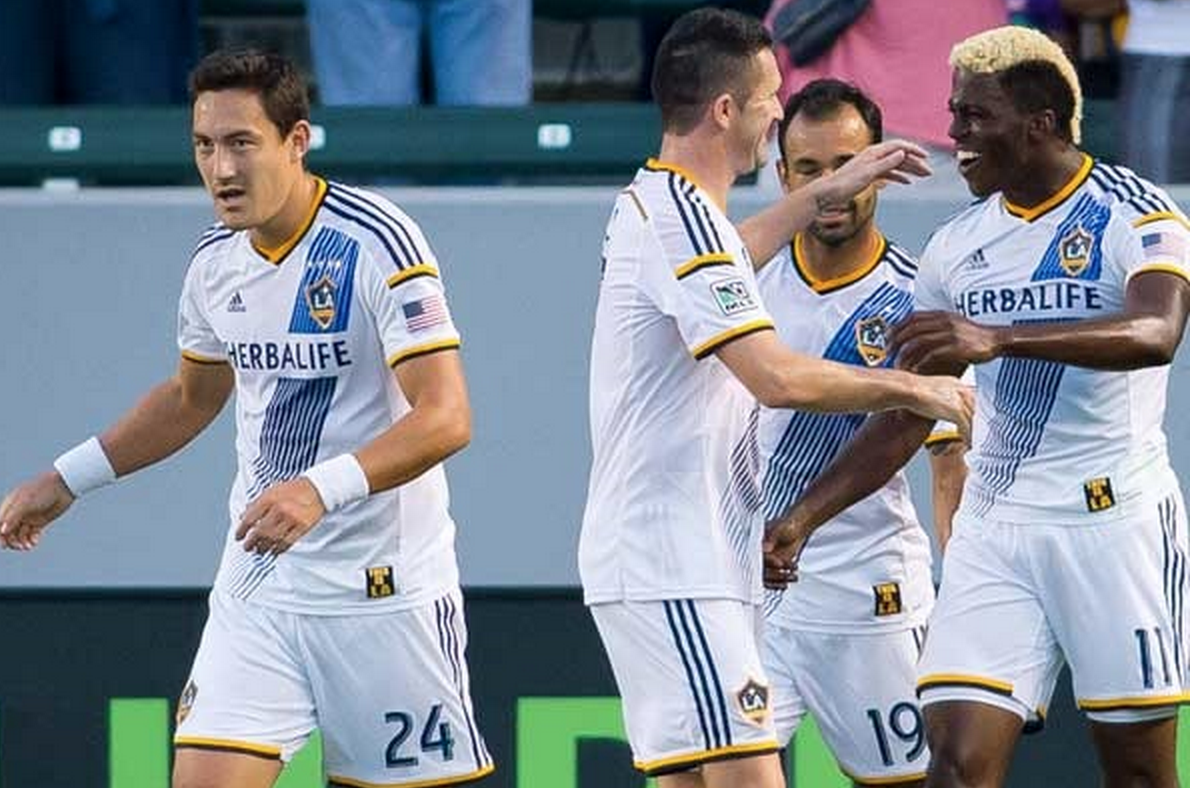 Los Angeles Galaxy Recapping the week that was

An exciting week for the LA Galaxy comes to a close with many good performances on the national and international scene. The LA Galaxy were able to

An exciting week for the LA Galaxy comes to a close with many good performances on the national and international scene.

The LA Galaxy were able to come up with a point away from home after a severe weather conditions delayed the game for two hours and fifteen minutes. Head coach of the LA Galaxy, Bruce Arenas commented, “Not an easy game, another game on the road, with a weather delay and that’s hard on the players. We lost a couple players with some muscle injuries due to the delay and all of that. So it wasn’t easy, I give our guys a lot of credit.” Even with all the uncertainty, the LA Galaxy got off to a fast start against the Columbus Crew and looked dangerous from the start with good chances early on. The Galaxy took the lead just 14 minutes into the game with a well taken shot by the twenty two year old Sebastian Lletget, a last minute starter. With the lead, Galaxy continued to play well and attack aggressively until half time.

The second half was a different story. Coming out of the break, the Crew played much better and made the Galaxy step back and scramble to play defense. With a revitalized attack and a sense of urgency, it was only a matter of time when the equalizer came in the 66th minute with Higuain scoring the tying goal for the Crew. The Crew continued to be test the defense trying to get a late winner but their efforts simply led to a tight final 20 minutes which ended in a 1-1 tie.

It was also a good showing for some of LA Galaxy’s players on the international scene.

Meanwhile Galaxy Homegrown Player Bradford Jamieson IV was also influential for the Men’s U20 World Cup run. He played in every game except the Quarterfinal loss to Serbia, recording one goal for the national team before the men bowed out of the tournament in penalty kicks.

The LA Galaxy will now look to prepare for their Wednesday match against PSA Elite in the U.S. Open Cup.