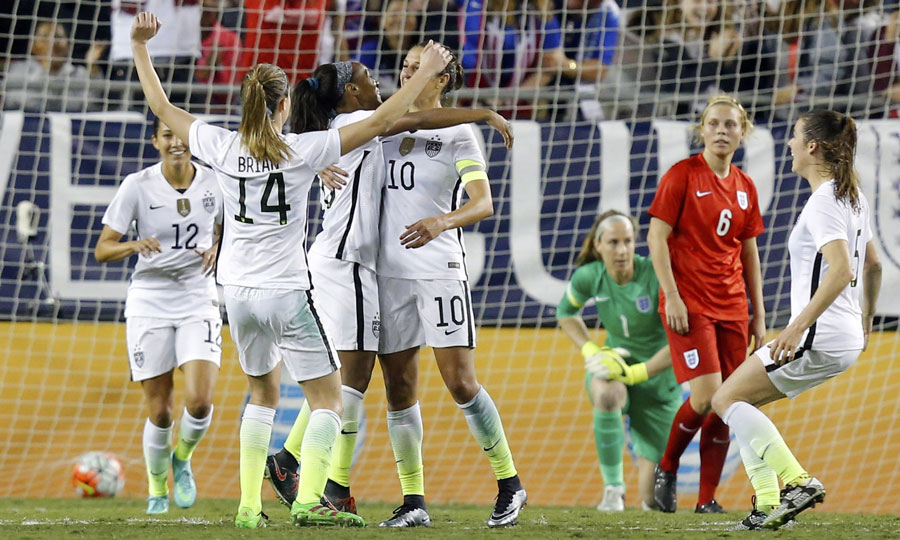 A 72nd-minute goal from second-half substitute Cyrstal Dunn ensured a 1-0 victory for the U.S. Women’s National Team over England on Thursday night in Tampa.

Dunn, brought on in the 67th minute, smashed a screamer from a tight angle and into the far post for the eventual game-winning goal. Dunn is now tied with Carli Lloyd for the USWNT lead seven goals this year. The match was also the first in the 2016 #SheBelieves Cup, which pits the USWNT against England, France, and Germany.

Up next for the USWNT is France on Sunday.