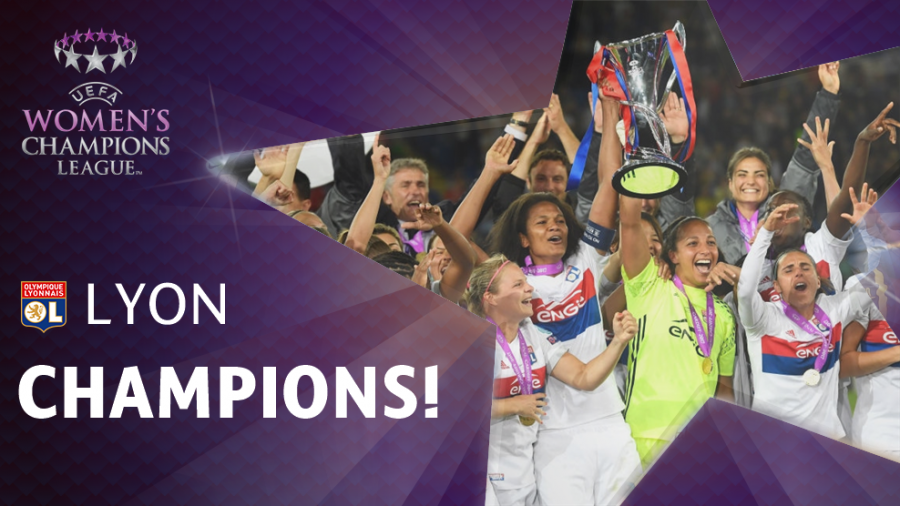 The UEFA Women’s Champions League final took place in Cardiff, Wales on Wednesday, and Olympique Lyonnais prevailed over Paris Saint-Germain by the narrowest of margins, winning 7-6 on penalties after going 0-0 through 120 minutes of play.

The French teams produced a star-studded affair on the field, with the lone American involved, Lyon striker Alex Morgan, playing a subdued role in the match. The Diamond Bar native started the game, after being a doubt due to a hamstring injury picked up last month, but she struggled early, and lasted just 23 minutes before being substituted.

And while the teams could not find the back of the net from the run of play, the penalty shootout was among the most exciting you’ll see. Both goalkeepers — PSG’s Katarzyna Kiedrzynek and Lyon’s Sarah Bouhaddi — made early saves in the shootout, and ultimately decided matters themselves from the spot in the eighth round. Kiedrzynek took the first shot, missing the goal entirely, before Bouhaddi stepped up and converted her penalty to win the tournament.

Morgan is the first American to win the Women’s Champions League under the current format, which started in 2009, and is the first American player overall to win Europe’s top club competition since Gina Lewandowski and Ali Krieger won with Frankfurt in 2008. Morgan also clinched a treble in her stint with Lyon, winning the French league, Coupe de France, and Champions League.

Adding that to her trophy cabinet, including two domestic club titles in the U.S. to date, plus the World Cup and Olympic gold, and the 27-year-old is making a case to be one of the most decorated American players ever. Given the competition from her peers, however, she may not have the crown yet, and it will be interesting to see if she returns to the NWSL’s Orlando Pride for good, or continues her European adventure with Lyon.