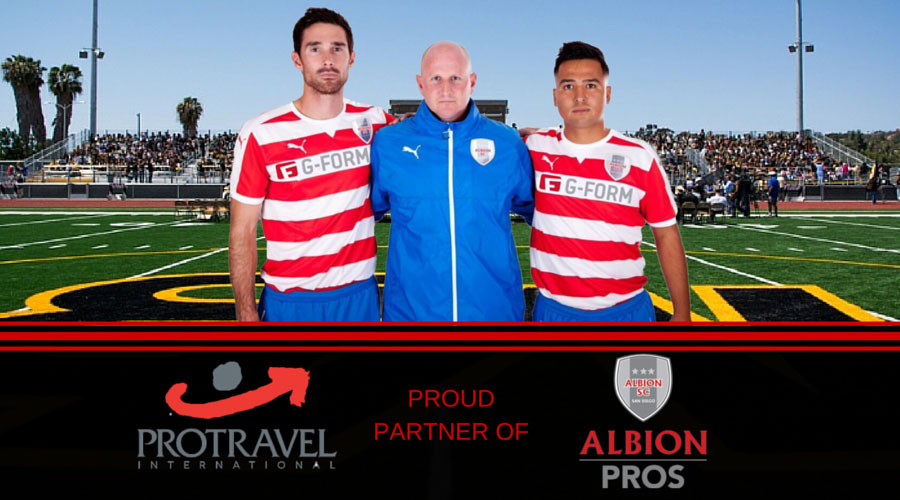 “We are extremely proud and honored to have been selected to serve as the official travel agency for Albion SC Pros,” Iovine noted. “To have earned the trust of Albion Pros means that we will devote the same levels of extraordinary care to their hundreds of travelers for which we’re known. As a big soccer enthusiast myself, as well as supporter of the Albion youth soccer club for the past 5 years, I’m thrilled that Protravel will also serve as one of the franchise’s inaugural sponsors in 2016.”

Albion SC Pros was founded in 2015, but its history reaches back to youth soccer club that has trained players since 1981 and became one of San Diego’s first competitive clubs with six teams in 1998.

“As a NPSL expansion team, Albion Pros will be on the road, and we recognized just how critical it was to partner with a travel agency leader that understands our unique needs,” stated Noah Gins, Executive Director of Albion. “Fortunately, the pros at Protravel more than merit our trust. Protravel is providing us with peace of mind in arranging every detail of our travel so that we can focus on our mission to represent San Diego on the national professional soccer scene.”

With an award-winning reputation, Protravel International is a recognized leader in corporate and luxury travel. Protravel was founded in 1984 and is headquartered in New York City. With annual sales reaching close to $1 billion last year, it has grown into 20 locations throughout the United States and the United Kingdom, plus a network of hosted agents throughout the U.S.