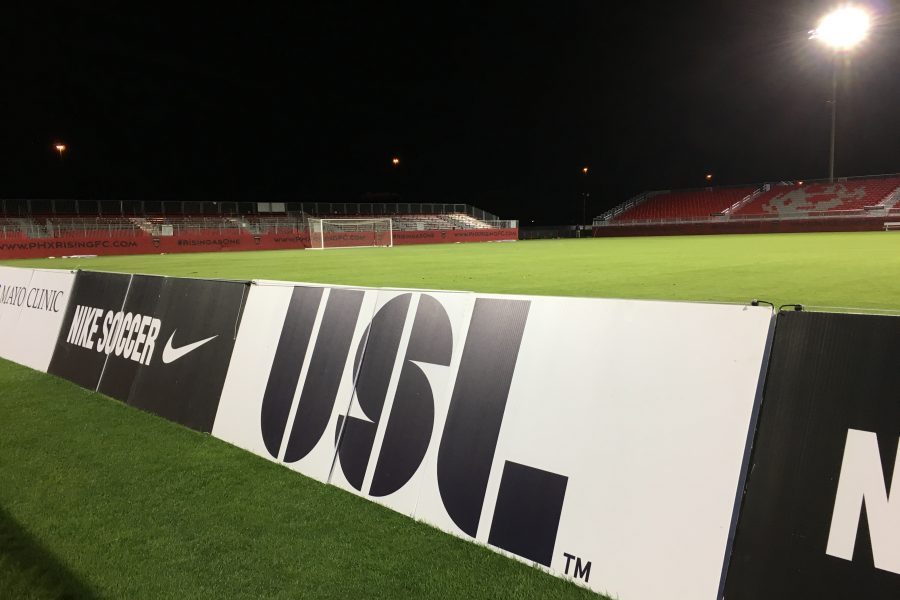 Phoenix Rising FC ran out a very different lineup in the rematch against OKC Energy FC Tuesday night in Oklahoma, and indeed reaped a different result. This time it was OKC claiming victory, and Phoenix wondering what to do next.

Blair Gavin, Uchenna Uzo, and Carl Woszczynski, mainstays of the 2016 Arizona United squad, each got his first start of the season, and they came out firing. Rising FC recorded seven shots in the first half, and while giving the lion’s share of possession to OKC, the Firebirds often marked their opponents with dogged aggression.

Except when they didn’t.

OKC would get their chances, and it was never pretty from Phoenix.

A nervy moment came in the 34th, as OKC’s Jose Barril narrowly sneaked a ball to Miguel Gonzalez in traffic. Gonzalez managed to turn and fire on goal, but it was saved by Woszczynski.

Gavin, Mike Seth, and Chris Cortez would get chances on goal as well, with Gavin looping not one but two cheeky balls toward Energy goalkeeper Cody Laurendi’s net.

Phoenix would blow a gift-wrapped chance in the 37th when Laurendi was off his line, and Phoenix failed to get Mike Seth’s long throw into the net. It would haunt them soon thereafter when, in the dying moments of first-half stoppage time, OKC’s Michael Harris sent a long cross from the right wing to the penalty spot where Wojciech Wojcik beat Kody Wakasa and JJ Greer for a thundering header that left Woszczynski with no chance.

Greer and Wakasa were fortunate to return the favor to OKC just after halftime, when Wakasa’s headed flick of a corner kick set up Greer for the easy equalizer in front of Laurendi.

A goal-of-the-week candidate came from OKC’s Kyle Hyland in the 56th. Daniel Jackson found Hyland all alone on the left side of the Phoenix area, and with seemingly all the time in the world to prepare, Hyland lined up his half volley and hit the opposite upper 90 for the 2-1 lead. It was Hyland’s second goal against Rising FC in as many games.

After a decent start to his rookie campaign, Wakasa’s side of the field was much too often the scene of Energy FC’s best chances this evening.

It was a team effort, however, that led to the clincher for OKC, when in the 70th minute, Woszczynski pushed a long shot right into the path of Wojcik, who was flanked by three Firebird players, but managed to poke the ball into the net, doubling the Energy lead.

Wojcik wasn’t done terrorizing Phoenix, though. In the 82nd, he threatened a hat trick when he slipped unnoticed through the backline, settled a perfect ball from over his shoulder, and was unlucky to put his effort over the crossbar.

There was hope for the Firebirds two minutes later when second-half substitute Eder Arreloa, getting his first USL minutes of the season, took the ball into OKC’s box, broke the ankles of his defender, and beat Laurendi to the far post. It would not be enough, however, and Energy FC closed out five minutes of stoppage time without giving up the heartbreak goals that have plagued them this season.

Phoenix Rising FC (4-5-0) returns home to Scottsdale this Saturday, June 10, to take on Vancouver Whitecaps FC 2, in what has been announced as the debut match for player/owner Didier Drogba.