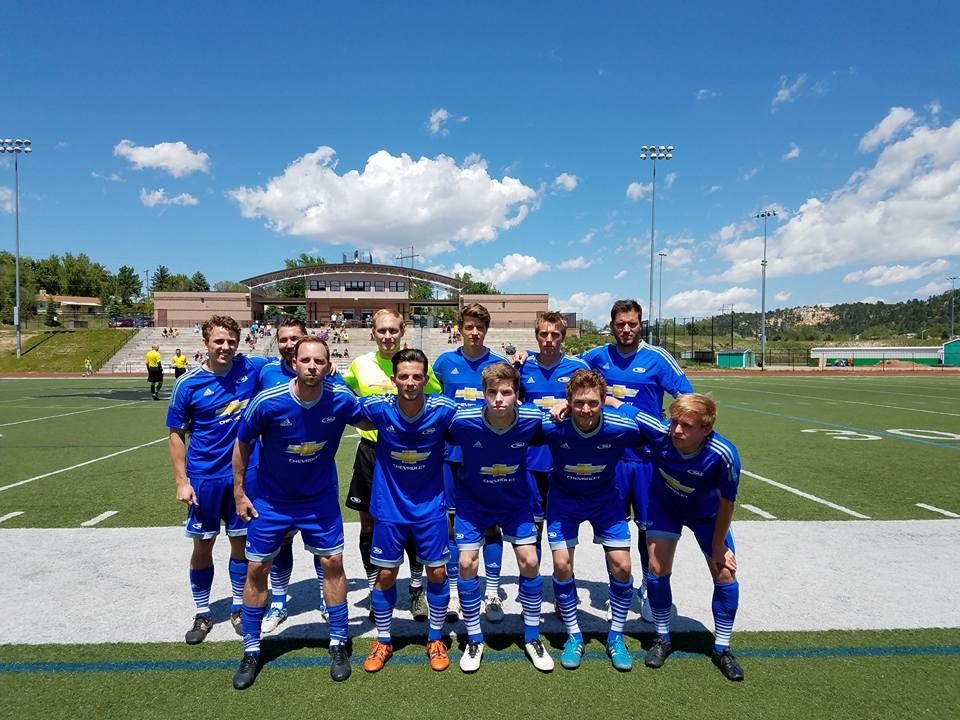 The second half of the United Premier Soccer League (UPSL) season for Rush has been an uphill battle most of the way, and despite being the better team in the last four games, they have failed to record a win in each of them. With three games left in the season and Rush sitting in third place in the conference they were desperate to earn a result and keep their playoff hopes alive.

On the other hand, Springs FC has been on a tear in the second half of their season and have moved from the middle of the conference to sitting in second place coming into this match with a ton of momentum on their side.

This was the second and final time that these two teams would meet during the UPSL season and would be the first time all season that Rush would be going into a seasonal as an underdog simply based on recent results. Needless to say Springs FC was completely caught off guard as Rush played like a furious animal that’s backed into a corner.

Rush came out fast right from the first whistle and were able to put Springs FC on their heels in a hurry. Colin Clark got the goal tally rolling off of a cheeky through ball that Griffin Dorsey put on a dime. Clark and Dorsey weren’t finished as they would link up for a second goal when Clark sprung Dorsey on a breakaway that would find the back of the net to make it a quick 2-0 lead for Rush.

Springs FC tried to gather themselves and reach for a lifeline in the game but this game was already to far gone as Rush put a third goal away as Dorsey got behind the Springs FC back line on a counter attack and was able to slip the ball past the keeper to put Rush up 3-0.

There was a visible let down by Springs FC after the third goal found the back of the net. They were just trying to hold out for the halftime whistle and minimize the damage that had been done. Just before the first half came to a close, Rush skipper Nic Hartman found Charlie Caswell just outside the penalty box who laced it off the crossbar and into the back of the net to send Rush up 4-0 at the half.

The second half started out with some high pressure from Springs FC but was doused quickly by Rush who were in complete control and playing relaxed until the final whistle. Rush would find the goal for a final time when Clark confused multiple defenders as he skated down the sideline and was able to find Caswell who put another ripper past the Springs FC keeper to put Rush up 5-0 which is how the game would end.

Rush slide right back into second place and now only sit one point out of first place behind FC Greeley with two games remaining in the season. Captain Nic Hartman sat down to chat about the season and how they feel heading towards the playoffs.

SoccerNation: What does this win mean to you guys and do for you in the conference heading into playoffs in a few weeks?

Hartman: “This was a big win for us and puts us into a situation where we control our own destiny and potential for at least one home playoff game.”

SoccerNation: There’s been a bit of a slump in the past few games and you have been unlucky finding the back of the net, what changed for you guys this game?

Hartman: “This was a confidence builder for our scoring as that has been our struggle in recent games.  We always control possession but the finishing has lacked the last few weeks.  I think the way the first two goals came on semi breakaways and easier finishes this helped us relax and play our game.  I think part of our struggle recently was when we don’t score earlier we seem to take on unnecessary pressure.  The early goals definitely help this team.”

SoccerNation: You have some very impactful young guys that have stepped up this season. How has that helped the team this season?

Hartman: “Having the age range on this team has been a major key to our success.  The older players bring wisdom and experience to our team while the youth players have the athleticism and endurance to carry us into the late minutes of games.  The overall mixture of players on this team is why when we are on our game we feel we can compete with anyone.  We have several players heading into their freshman years of college and this experience seems to have helped them immensely into their preparation.

Hopefully this sort of success and experience will help the club and this team for years to come.  I can’t speak for some of the other older players on the team but as the oldest player now on the team I truly enjoy watching the talent we have come together on game day and just wish more players within and around the club could see what we have going on and make it a point to continue this tradition.”

SoccerNation: What’s the mindset heading into the last two games of the season?

Hartman: “Our mindset right now coming off this win is very confident but know that we still have to show up and play hard every week.  This season/league requires you to show up every game day and play.  No team is just going to roll over just because our name is Rush.  We also know that we still need two wins to secure at least one home field playoff game and also know that if we do pull out these wins and get help from some other teams there is a chance to regain the top spot in the conference.”