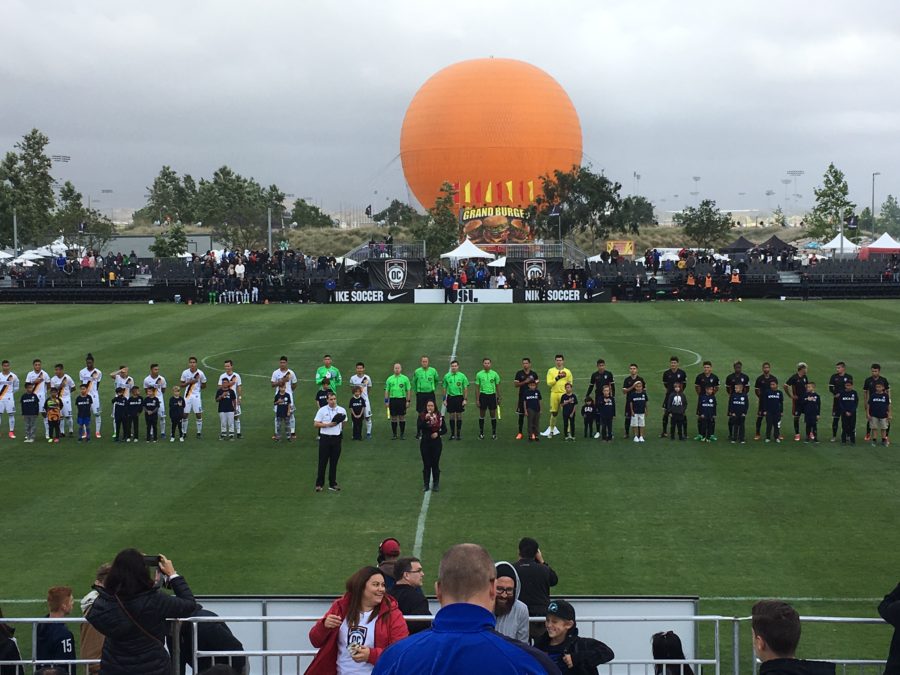 The local Southern California USL teams are gearing up for their weekends, and once again have to set out on the road for Saturday matches.

Orange County SC have an interesting quirk in the schedule, as they return to Oklahoma just a week after going there for their last USL game, which was a 4-0 drubbing at the hands of Tulsa Roughnecks. Add to that a multi-game week, with a U.S. Open Cup game played Wednesday here in Southern California (which did help them get over the weekend loss, as it was a 5-2 win over FC Golden State Force), and Orange County are racking up the frequent flyer miles with a date against OKC Energy FC on Saturday.

Energy FC have struggled this season, as they sit tied for the worst points total in the Western Conference. Jimmy Nielsen’s side has in particular struggled to score, and recently made a major trade, sending former top scorer Danni Konig to FC Cincinnati for former Seattle Sounders striker Andy Craven. It was a big move, but like Orange County, OKC will feel a boost after winning their midweek Open Cup game, 5-1 over Riverside County’s Moreno Valley FC.

Another Oklahoma trip will be another big test for Orange County, but it’s no secret OKC are in horrible form and are just not at the same level as Tulsa at the moment. Three points in the bag, then? Maybe not, but they’ll have to like their chances if they can prevent letting in a couple goals in Oklahoma City.

In other USL regular season action, LA Galaxy II are humming after a rousing victory over New York Red Bulls II last week, and did not have an Open Cup game to contend with, so they’ll be fresh for a trip to visit Rio Grande Valley FC on Saturday.

This game will certainly not be easy for LA, as RGVFC are off to a good start this season and have won four of their last five games. Houston Dynamo’s USL affiliate has a well-constructed squad that spreads the scoring around and is stingy in the back. Galaxy II, meanwhile, have been dogged by lack of experience all season.

But don’t underestimate this team. A dose of experienced first-team/reserve ‘tweeners in recent weeks has boosted their prospects, and the likes of Ethan Zubak up top and Hugo Arellano in defense are getting valuable experience on the field and will likely be playing at a consistently high level before long. This is going to be a tough test for Galaxy II, certainly, but the win last week might have helped them turn a corner in their season.

OKC Energy FC vs. Orange County SC kicks off Saturday at 5 pm PT at Taft Stadium in Oklahoma City. You can watch the game here on USL’s matchcenter.

RGVFC vs. LA Galaxy II kicks off at 5:30 pm PT Saturday at H-E-B Park. That game is available to watch on this USL matchcenter.