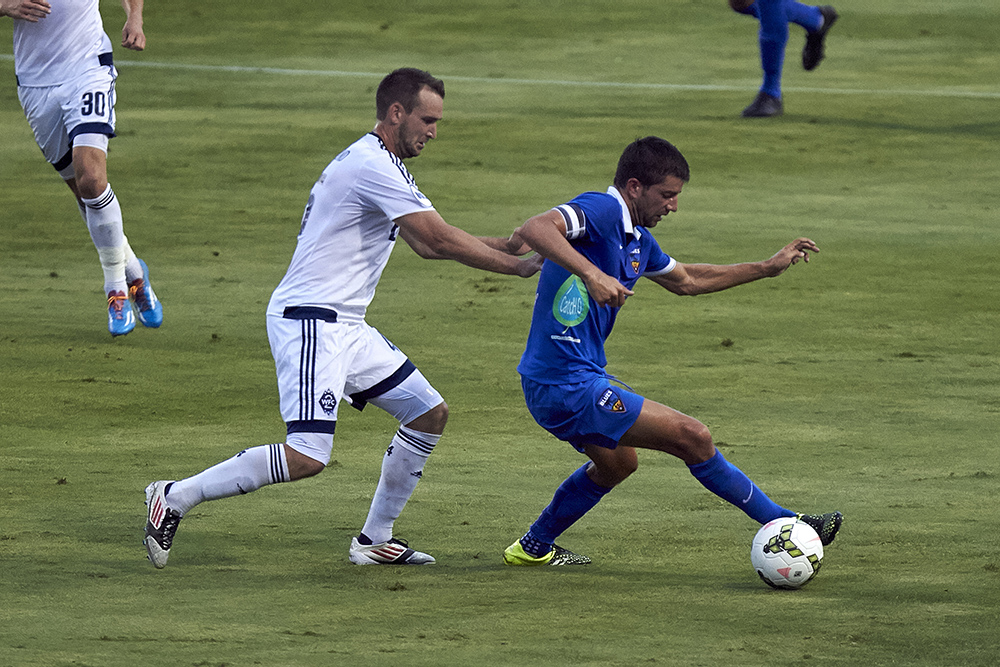 Blues Back in Action Wednesday Night Against OKC Energy FC

OKC took three victories in four matches against Orange County during the 2014 season. The Blues’ victory came on May 10th at Pribil Stadium in Oklahoma City, as Gibson Bardsley nailed the game winner in the 90th minute to give OC a 1-0 win.

Orange County is coming off a 3-2 win over Vancouver Whitecaps FC 2 on Saturday, June 27th. Didier Crettenand scored twice and Christofer Ramirez, who returned to the starting lineup after injury, scored once to lead the Blues to victory and end a five match winless streak.

Ramirez and Crettenand are tied for the team lead in goals, with six each. Crettenand and Seung Ju Kim have recorded three assists each.

OKC is led by Danni König, whose 10 goals lead USL in goals scored. König also leads the league in shots, with 46. Casey Townsend has recorded four assists to lead the team.