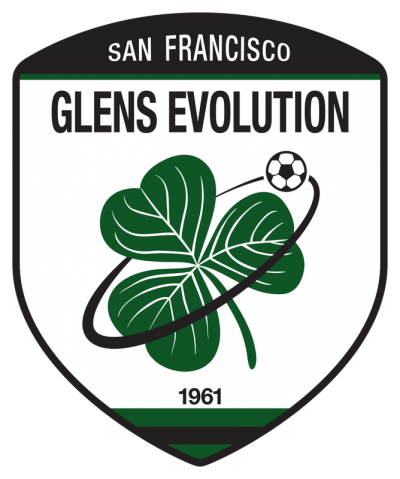 Here’s Part 2 of the conversation.

Nate Abaurrea (SoccerNation): Mike, what are you most proud of in regards to your club?

Mike McNeil (SF Glens Evolution): I am very proud of a few aspects of this club. The one that immediately comes to mind though is being awarded the development academy. It is reassuring to know that we are doing things the proper way and moving the club in the right direction. Being awarded USSDA status is one of the biggest accolades that you can receive as a club in the United States.

The second aspect is the community that we have built and the programs that we run for our San Francisco community. One of the things that makes our club so unique is that we try to grow players both on and off the field. We offer tutoring classes and test prep courses in house at our SFGE club-house. We do days of action where we go out into the community and volunteer as a club.

Lastly, I’m immensely proud of just being a club that cares about all levels of soccer. We have a great staff at the club with so many individuals that work very hard to offer positive experiences to all of our members. Whether you are playing at the introductory level or at the highest level, you are a part of this club and we are here to support you.

I would have to say that those three aspects of our club are the ones that bring me the greatest pride.

Mike McNeil (SF Glens Evolution): I am sure it’s somewhat similar with all clubs anywhere you go. There are going to be organizations that you are friendly with and work well with and there are going to be others who you don’t exactly see eye to eye with. San Francisco is unique because there has been in incredible influx of clubs and the overall interest in youth soccer has really peaked in the past 8 to 10 years. There is constant competition with other clubs and a constant struggle with leagues who are having to evolve as the growth of youth soccer continues. It is actually a good problem to have in the grander scheme of things but there is always going to be growing pains along the way. As an organization, we are very friendly and willing to work with clubs that share the same core values and want to work with us as a part of the San Francisco community.

Mike McNeil (SF Glens Evolution): I would sum it up by saying that it is way more complicated than it really needs to be. In an ideal world there would be one organization that all youth soccer clubs register under, one national competition that is broken up regionally, and in those regions there would be different levels of play.

At the end of the day, clubs that are competing at the “higher levels” should be doing it for one reason; developing players to go on and play at the highest level possible. The end goal is obviously developing players to represent the country at the national level, but if a player is getting a scholarship to play in college, or if a player makes his or her high school team, or if a player falls in love with the game and becomes a fan for life, I think there is success in that. This is my short answer. If SocerNation wants to run a separate piece on the state of youth soccer or the state of American soccer, I would be happy to go into much deeper detail!

Nate Abaurrea (SoccerNation): We will definitely keep in touch in regards to that separate piece. It’s a subject matter we care about rather deeply. I have to ask you now though a question I’ve asked a number of D.O.C.’s from San Diego to New Jersey and everywhere in between. Do you think there is a 5 year plan in place for American club/youth soccer, or anything even resembling any type of long-term vision?

Mike McNeil (SF Glens Evolution): Well, I am not involved directly with US Soccer so I wouldn’t know exactly what’s going on, but I definitely hope there would be something of the sort.

US Soccer released there financials which revealed that they have around $100 million in the bank and there were talks about building a national training center. I think the country is much too large to build one ‘super’ center.

One way that US Soccer could use that money would be to build or renovate smaller training centers all across the nation. In hotbeds like California where we see so much talent, there should be multiple training complexes. These complexes can host more training centers and they can host more coaching education clinics and workshops, not just official licensing courses. There would be more quality oversight on clubs and directors.

Germany is a great example of this. A nation that is smaller than the state California has regional training complexes all over the country and over 1,000 coaches working for the DFB. Their coaching education is accessible and affordable, unlike many US Soccer courses. Because of this, Germany has over 30,000 coaches with a UEFA B License or higher. After Euro 2000, the federation invested money and resources into their youth development and scouting system and it has paid off massively. I am not saying that this is a simple solution or that US Soccer isn’t trying to do what is best, and maybe this conversation is already in the works. It will definitely be interesting to see where US Soccer will be in 5 to 10 years time.

Nate Abaurrea (SoccerNation): Mike, what have been some of the best aspects of your club working with soccerloco?

Mike McNeil (SF Glens Evolution): I love the fact that soccerloco is willing and able to move as fast as we are. SFGE is an ambitious club and it will continue to grow. We are the only club in San Francisco that hosts annual tournaments. soccerloco has been very clear that they want to help us grow.

They do a lot more than just supply us with our uniforms and training gear. They want to be involved and relevant in our soccer community here in San Francisco.

Nate Abaurrea (SoccerNation): It’s time to get to know you a little better as a fan of the game. Mike, who are some of your soccer idols, be them players, coaches, anything…?

Mike McNeil (SF Glens Evolution): My sporting idol is none other than legendary Manchester United Manager Sir Alex Ferguson. How he built that organization into what it is today is incredible. His ability to change with the times and trust the people working under him so much is admirable. He built a successful team and successful staff time and time again. I had the opportunity to meet him in San Francisco a few years ago. It was the most incredible moment of my life. The only downside is that I was literally speechless! If I could go back in time I would actually try to speak to him. I also didn’t have anything for him to sign so I was kicking myself afterward!

Nate Abaurrea (SoccerNation): Last question Mike. What do you love most about the game of soccer?

Mike McNeil (SF Glens Evolution): I love the passion of the sport and the incredible competitions all across the world. It truly is a beautiful game on the pitch and off. You rarely find sports franchises here in America with the same level of history or fan culture as football clubs in England, Spain, Italy, Holland, etc. That is what was so intriguing to me about Manchester United. The history of the club and the players that they have developed is phenomenal. I try to get over to Europe multiple times a year to experience different clubs, not just their first team games in the big stadiums, but going to their youth academies as well, studying the philosophy of these different clubs and how they structure their education process. It really is fascinating.

As for the actual game of soccer, I love the simplicity of the sport. It is easy to follow. It’s a fluid game that isn’t constantly being stopped for time-outs, breaks in play, etc. I love that the players are making decisions for themselves on the pitch. You see other sports where the coaches are calling almost every play for the team. In soccer, the homework is done by the coach during the week and the tactical battle plays out on the field.

Nate Abaurrea (SoccerNation): Cheers Mike. Thanks again for your time. Continued success to you and SF Glens Evolution! We look forward to speaking again soon.

Mike McNeil (SF Glens Evolution): My pleasure! Cheers to SoccerNation and soccerloco for all the great work.

(Stay tuned to SoccerNation.com for more in our ongoing SoccerNation Club Spotlight Series, powered by soccerloco.)