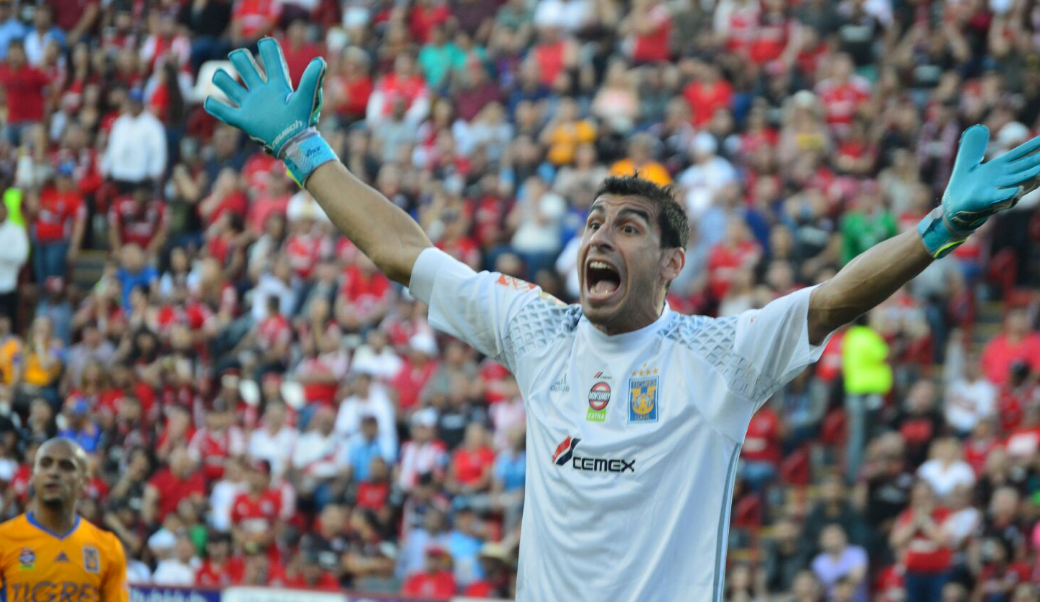 Chivas nearly had a historic victory on Thursday night.

In the first leg of this season’s Clausura final, Los Rojiblancos defied the odds with an early 2-0 lead over Tigres. Once halftime rolled around in El Volcan, the title-holders were were left stunned by a brilliant performance from the underdogs.

Chivas were organized, effective in the attack and incredible with breaking up movement in the midfield.

That is, until late into the second half.

During the 85th and 88th minutes, striker Andre-Pierre Gignac was phenomenal for Tigres with two crucial goals. His second goal, which needs to be watched right now if you haven’t seen it already, was a world-class attempt from the French player.

Chivas were on the cusp of a monumental win, but once Gignac stepped up, the striker proved that this series is far from over.

Here are a few things to keep an eye on in the second leg of the so-far thrilling final.

It’s no surprise that Cota was recently called-up to Mexico’s national team. Despite his questionable mistake that led to Gignac’s second goal, the 29-year-old has had an irreplaceable role in Chivas’ starting XI.

If there is any hope for a title this Sunday, Cota will need to once again be dominant and imposing in his net. Tigres have a scary amount of firepower and will be sure to unleash shots from every area of the attack toward Cota this Sunday.

One of those who will be testing Cota will be Gignac. Although it’s fair to bring up the role of a confident midfielder like Guido Pizarro or the leadership of a defender like Juninho, no other player is more important than the French striker.

As seen in the last game, when Gignac is at his best, there is little that Chivas can do to stop him. 90 minutes away from lifting a trophy, the 31-year-old is clearly hungry for another championship to add to his already impressive career in Mexico.

The problem here for Chivas is injuries. Names like Angel Zaldivar, Carlos Cisneros, Isaac Brizuela, Jair Pereira have all had injury issues that have hurt the depth of the club’s roster. If Chivas manager Matias Almeyda is in need of a backup plan, or an exciting player off the bench, his options will be limited.

Looking over at Tigres, Guzman was almost cringe-worthy with his blunders that led to both of Chivas’ goals. Make no mistake, there is a reason why the talented 31-year-old gets called-up to the Argentine national team, but it’s also important to bring up his occasional mistakes that are seen far too often.

Potential changes to the starting XI

Will Almedya stick with two defensive midfielders in a 4-2-3-1? During most of the first leg, that idea appeared to work wonders with Michael Perez and Jose Juan Vazquez clogging the midfield. Keeping in mind that the score is still level, it would be surprising to see Chivas drop one defensive mid for a more attack-minded one.

That said, if Almedya is looking for more numbers in the attack, he might prefer to bring in a name like Carlos Fierro or Eduardo Lopez into the mix.

It doesn’t look like Tigres will look significantly different either. The only worry for manager Ricardo “Tuca” Ferretti is the health of central defender Hugo Ayala. Despite the fact that the the Mexican appears to be recovering, Tuca might gave an opportunity to another defensive option who is more match-fit.

One thing that fans need to remember is that there are no tiebreakers in this second leg. Unlike the quarterfinal or semifinal round, away-goals and higher-seeding are irrelevant as tiebreakers.

If the aggregate score is still level after the second leg, the match will then go to two 15-minute periods of extra time. If the score continues to be level after extra time, the championship will then be decided on penalties.

I’m expecting a very tight and tense clash between the two sides on Sunday. Chivas will put up a great fight, but I believe that Tigres will sneak through in a dramatic penalties finish.