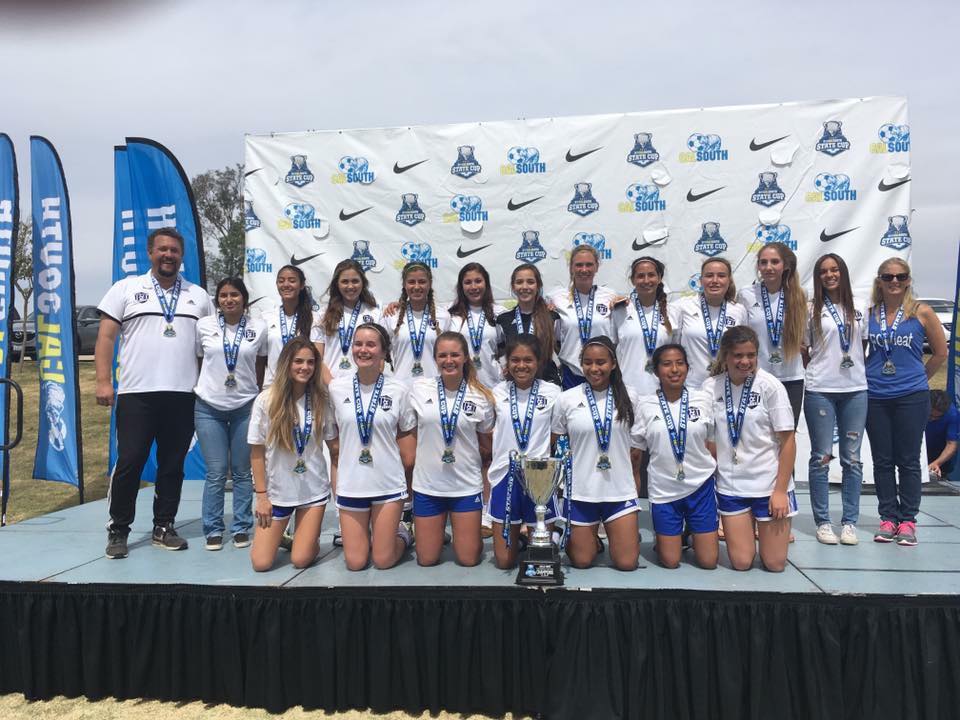 Next up, we come back a little closer to home as we continue our chat with Steve Yorke, the Director of Coaching at FC Heat Escondido. Here’s Part 2 of the conversation. 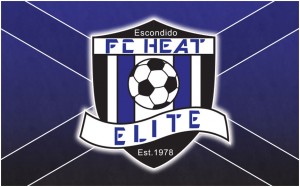 Nate Abaurrea: Coach, what would you say is the mission of your soccer club?

Steve Yorke: At FC Heat we are pro-active in helping our dedicated student athletes achieve their long term educational goals. We want to assure that every athlete that passes through our gates becomes an educated, well rounded individual, strong of character with a good technical and tactical knowledge of soccer and the positive mental attitude with which to achieve their dreams.

As a club, our goals are clear:

Nate Abaurrea: How have you seen Heat FC Escondido grow in recent years? What has stuck out most for you?

Steve Yorke: FC Heat Elite teams are appearing in more and more competitions and are now respected in high regard by our competition. Our teams have appeared in more publications this year than ever before. In 2015 we represented the USA and the City of Escondido in a tournament in Dalian in China. This was a first for a team from Southern California. It also cemented relationships with teams, coaches and players from both countries. And as a result, the City of Dalian and the City of Escondido became sister cities, with plans to work together on multiple projects within our city in the near future.

Nate Abaurrea: What would you say are some of the main strengths of your club?

Steve Yorke: I think our main strength as a club is the fact that in this forest of big clubs, high money earners and clubs run by multi-department directors, we remain as one of the few, or one of the last home-town clubs. We concentrate on the players and families in our surrounding areas and help them find a way to afford recreational and competitive soccer for their kids. I think we are the only club that gives back money in the form of payment for work to our parents. In 2016 we gave $60,000 back in the form of vouchers for players to play. We also have a great relationship with other clubs in our area as we strive to find a team for every willing participant, whether it be recreational, all-star or competitive.

Nate Abaurrea: What would you say are some of the biggest challenges that your club faces in operating throughout a given year?

Steve Yorke: Always, our main challenge is finding the funds for new programs while still trying to keep the playing fees low. Our goal is just to break even in most of our departments and anything above and beyond that we use in the form of bringing in new programs and ventures to our players like rehabilitation, foreign trips, extra fitness and warm up sessions, nutrition and college education.

There are many things we would like to still bring onboard, but everything costs money and as Director, I have to show where this money is coming from first.

Nate Abaurrea: How would you assess the current state of youth soccer in America?

Steve Yorke: I think we are improving by leaps and bounds. When you think back of how many years we have seriously been playing soccer, the amount of players in the U.S. has grown tremendously.

The USA has a population of approximately 381.9 million people. With that, consider these facts.

Nate Abaurrea: Do you think that there is a 5-year-plan in place for American club soccer?

Steve Yorke: There obviously are plans in place for American club soccer which were originally based on other successful world soccer countries. But sometimes that is tough to emulate, especially when athletes are often better rewarded in other sports than in soccer. I like the fact that we are now seeing professionally run academies at the club level rather than any club using the word ‘academy’ for financial gain. I think Academy Leagues of true academy level players will have to be formed in major cities for us to bring the cream to the top.

Nate Abaurrea: What have been some of the best aspects of your club working with soccerloco?

Steve Yorke: The owners of soccerloco are true soccer enthusiasts at heart and have the same goals and dreams as we all do at the club level. We were proud to have soccerloco on the back of every shirt when we visited China, where some of the locals thought that soccerloco was a word in the English dictionary.

Nate Abaurrea: Who are some of your soccer idols, Steve? (Players, coaches, community members, all of the above, etc.)

Steve Yorke: I am always in awe at the volunteers across this fine country that put in the many hours needed to help our children stay out of trouble and in this wonderful sport of soccer. Members of my own organization always blow me away with the amount of work they do regularly to see our club succeed.

George Best was always my favorite player and Pele is most probably the best ambassador for the sport. Pele’s idea to keep young Brazilians playing soccer in Brazil until they are 18-years old was way ahead of other countries and it shows today, as they are one of the most successful countries in the sport.

In California and youth soccer, I have learned more from John Napier than any other coach I have had the good fortune to work with.

And finally, a young man by the name of Danny Smuts who became paralyzed on the soccer field from the rib-cage down just over a year ago is my true hero. He shows with his courageous actions and a ‘never quit attitude’ that you can overcome anything that life throws at you no matter what your age.

Nate Abaurrea: Last question, Steve. What do you love most about the game of soccer?

Steve Yorke: I can’t think of another sport that brings so many diverse feelings and emotions to the field at every level.

Soccer is the game I was brought up on and have loved so passionately throughout my life. The closest thing to playing soccer is coaching, but it is still not playing. I have loved to play this game and today I love to see the enjoyment on the faces of the players I coach. This brings back great memories for me.

Soccer is the universal sport and language that brings health and happiness to the lives of so many. It is even the conduit to peace and friendship in many parts of the world.

I hope I live to see day when countries and cities will play each other at every level without crowd violence and animosity toward the officials and opponents.

I teach my players and all the kids in the club that it is important for us to find the good in every bad situation.

I will never forget when Paulo DiCanio was playing for West Ham against Everton in 2001. When he had a chance to score, but saw that Everton goalkeeper Paul Gerard was on the floor injured. DiCanio opted to catch the ball rather than score so that the keeper could get immediate treatment. And then I think of the times when an opposing player has assisted a seriously injured player with life-saving actions regardless of the outcome of the game.

Soccer is not just a game, it is a way of life played with a passion and devotion not seen or experienced in many other world sports.

(A huge thanks to Steve Yorke and FC Heat Escondido. Stay tuned to SoccerNation.com for the next installment of our Club Spotlight Series, powered by soccerloco.)