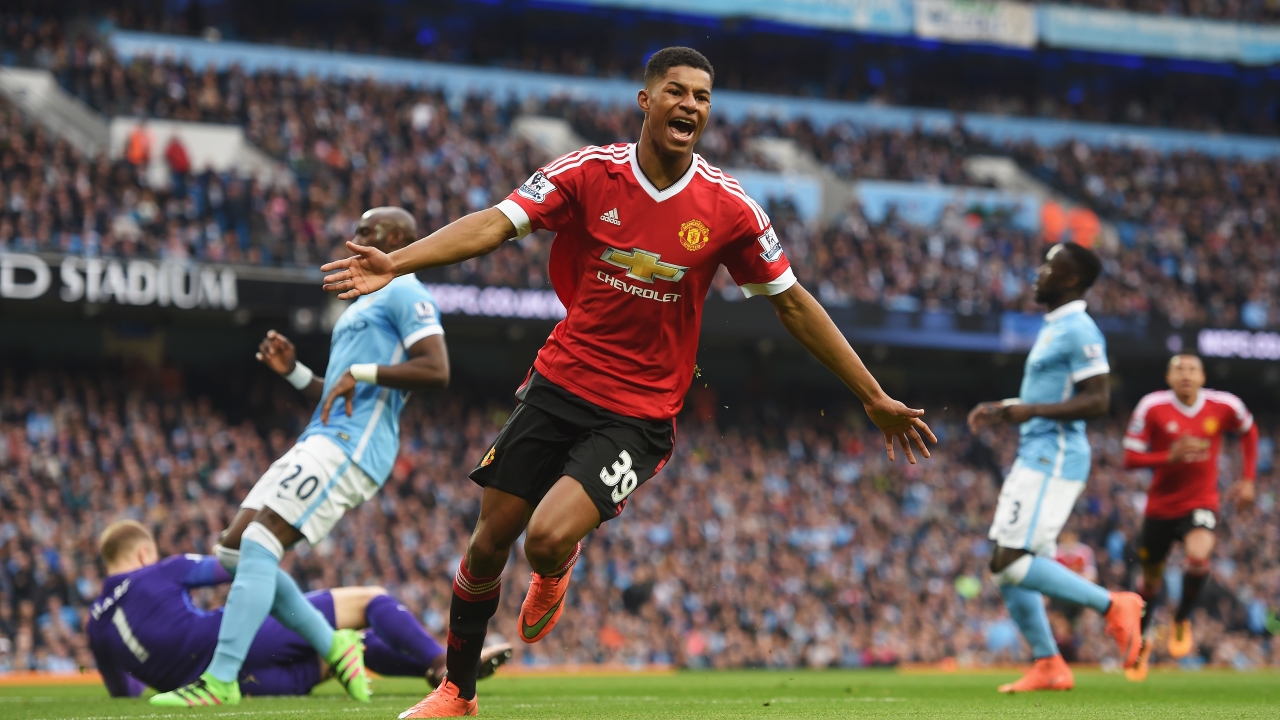 When Manchester City host their devilish crosstown neighbors of Manchester United on Thursday, fans around the world will be tuning in to indulge in a very special derby day.

Simply put, there’s a lot on the line this time around. While it could be argued that both clubs have had relatively lackluster campaigns in relation to the sets of expectations put forth in August, it’s United with the current momentum, and more than just a fighter’s chance to salvage something from this Premier League season in the form of a top four finish and qualification for the UEFA Champions League.

Though City are currently in fourth position and are winners of two straight in the Prem, there is a bit of a somber tone on the blue side of Manchester going into this massive affair.

A gut-wrenching loss to Arsenal in their FA Cup Semi-Final at Wembley this past weekend guaranteed that first year City manager Pep Guardiola, one of the most decorated gaffers in modern soccer history, will end a season without a single trophy for the first time the entirety of his ten year career. 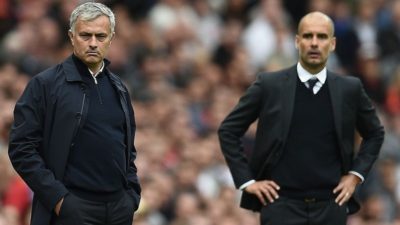 City defeated United 2-1 at Old Trafford on September 10th, back when it looked like Guardiola’s side were poised to make a serious run at the Premier League title.

United exacted a small bit of revenge the following month, beating City 1-0 to knock them out of the EFL Cup.

The reverse fixture in the league was supposed to take place in late February, but was forced to be rescheduled due to United taking part in the EFL Cup final where they beat Southampton by a 3-2 scoreline.

The man who scored United’s only goal back at Old Trafford in September, Zlatan Ibrahimovic, is out for the season, possibly having played his last game in a United shirt after badly injuring his knee in an enthralling Europa League quarterfinal second-leg against Anderlecht last week.

Paul Pogba may also be missing due to injury after sustaining a knock in United’s 2-0 win away to Burnley on Sunday. Goals from Anthony Martial and Wayne Rooney saw the Red Devils take all three points.

United are in the midst of a 23 match unbeaten run in the league, one away from their longest such streak in the top flight since the 2010/11 season.

City suffered their last defeat in the league earlier this month, a 2-1 loss to league leaders Chelsea. This Manchester Derby serves as an opportunity to not only wash away the sour taste of their recent FA Cup exit, but put themselves back in a position of power in the race for the top four places in the Premier League.

A win on Thursday for the sky blue lads would not only keep United in fifth, on the outside looking in, but City would also leapfrog Liverpool into third place in the league table. A United win would see City drop out of the top four.

Last season in this very fixture, young Marcus Rashford scored the winner for United, the lone goal in a 1-0 victory for the Louis Van Gaal led side. With Ibrahimovic out, Rashford will play a critical role for manager Jose Mourinho, likely as the focal point of the United attack.

Despite brief injury scares, it looks like both Sergio Aguero and David Silva will be healthy and ready to go for City. Look for Belgian attacking maestro Kevin De Bruyne (who scored the opening goal and was outstanding in the September derby win for Pep Guardiola) to take advantage of some extra space afforded by the Spaniard and the Argentine being in the City lineup.

Aguero threw some antagonistic kerosene on the rivalry’s fire this week when he was asked by a reporter which United player he would most want to have as part of the current City squad.

“None,” Aguero responded. “I would prefer none.”

The match shouldn’t lack for drama, with both teams feeling the magnitude of the night. In many ways, it’s City with the pressure on their backs, playing at home in what surely should be looked at as a must-win.

The match kicks off at 8 PM local time, noon PT on Thursday. Full match coverage from the NBC Sports Network will be available for the American audience. 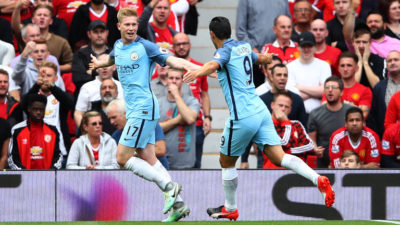 In the buildup to this intriguing edition of the Manchester Derby, SoccerNation had a chance to catch up with City supporter and author of “Blue with Envy: My American Journey with Manchester City” Kartik Krishnaiyer, his words providing a wee bit of historical context to a derby that was relatively one sided for so long.

SoccerNation: “Kartik, as a City fan, what does the Manchester Derby mean to you?”

Kartik Krishnaiyer: “Beating Manchester United is how we judge City players and managers. Our greatest memories as City fans are of the likes Shaun Goater, Shaun Wright-Phillips and others playing as plucky underdogs against United. More recently, the teams have been at about the same level. But it still defines City players.”

SoccerNation: “What did United represent to City fans for all the decades prior to the Emirates ownership takeover?”

Kartik Krishnaiyer: “The main feeling about United I think was envy/jealousy. A lot of anger was directed at United players and fans because of the success they enjoyed. Manchester is fairly evenly split between the two sets of fans with maybe even a slight majority of City fans. That tension between supporters would even spill over to the US-based fans of both clubs.”

SoccerNation: “From your view, how did the derby change once City became a power in Manchester?”

Kartik Krishnaiyer: “United fans that had previously been gracious or amusingly patronizing became insufferable, angry and impossible to deal with. They acted as if they had a sense of entitlement and what was rightly belonging to them, to be the dominant Manchester club was being taken from them in an illegitimate way. We’d hear slogans like “built not bought,” and shots at the ownership of City and the petroleum business. However, some United fans were honest and open in saying they would have preferred to be bought by our owners than by Malcolm Glazer, a Florida based businessman whose entire takeover was done with a leveraged buyout and incurring massive debt.”

SoccerNation: “How did you become a City supporter?”

Kartik Krishnaiyer: “I saw City play when I was a kid, aged 7, in a friendly against my local club the Fort Lauderdale Strikers. It was the only English club I had ever seen. I’ve been a fan ever since.”