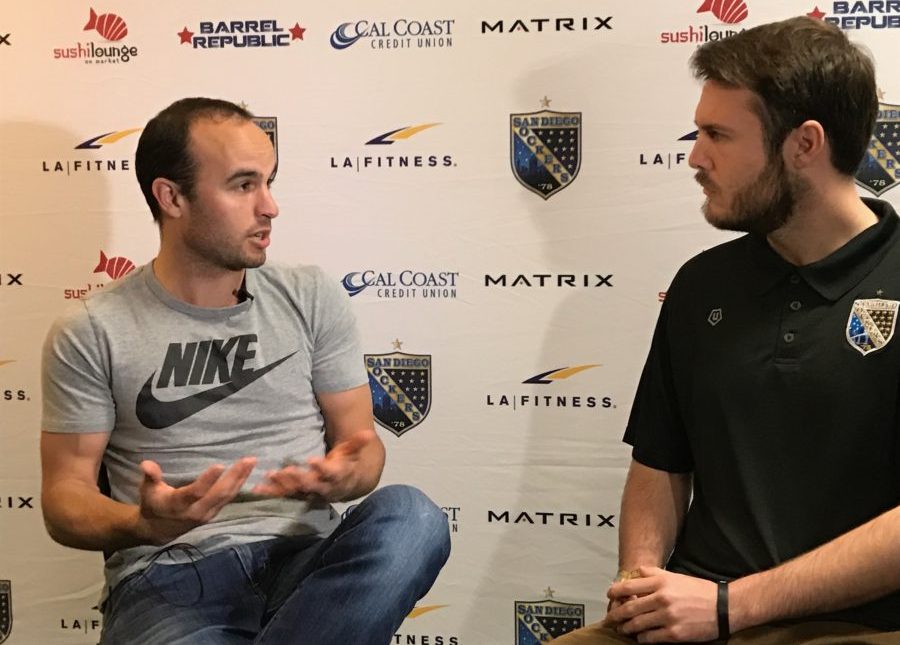 Part Two of the conversation starts with a look at what a potential MLS franchise would mean for San Diego’s relationship with the Xolos of Club Tijuana. Donovan and Abaurrea then discuss the movement to get citizens of San Diego on board with the MLS project, and how to address the naysayers and anti-soccer crowd of San Diego.

Nate Abaurrea: Landon, when you and I spoke last month aboard the USS Midway, we briefly discussed what an MLS team coming to San Diego would mean for the Xolos of Club Tijuana. Let’s talk a little more about that, and what the relationship between Xolos and the city of San Diego means to this region.

Landon Donovan: I get asked the question all the time, “do you think that relationship hurts the chances of MLS to SD”? Some people are wondering if that relationship pulls San Diego away from MLS expansion because so many people are already going across the border to watch Xolos games. I actually think it’s the complete opposite.

When you see LAFC, LA Galaxy, teams in Orange County, local clubs here in San Diego, and Xolos, there’s this 150 mile or so stretch of this part of the world where soccer is as big as any sport, if not bigger. Having the natural rivalries between the northern teams and Tijuana is incredible. If you talk to the people at Xolos, they’re ecstatic about MLS to SD. They want to get on board yesterday.

I hope everyone can understand that this will be natural. There will be a rivalry, but there will also be the opportunity to get better, to compete against each other, and try to do things better so that everyone involved is getting better. 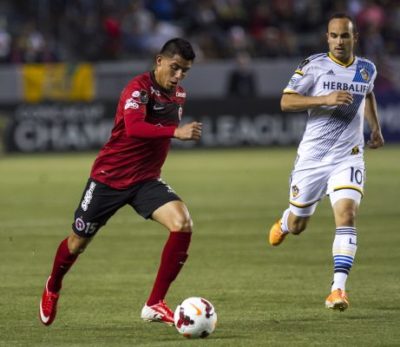 (Donovan playing against Club Tijuana in 2014. San Diego native Joe Corona, pictured above, and Xolos knocked the Galaxy out of that year’s CONCACAF Champions League.)

Nate Abaurrea: One of the most important aspects of all this MLS to SD business is getting the people of San Diego fully on board. Signatures are going to soon become a pivotal part of the process. Let’s talk about that a bit, and what else people can do to help influence the city government in getting fully on board.

Landon Donovan: Well, I’m getting a crash course in political science and business just by being around all of this. I think San Diego is a little notorious for moving slowly with regards to these things, so people might be a little apprehensive in this city, by nature, to sort of jump at these types of things before they have a chance to digest everything.

Part of the beauty of what Soccer City SD, Nick Stone, Mike Stone, and others are doing is that they’ve been transparent from day one. They’ve put all their plans out in front of everybody and said “have a look”, “tell us your thoughts”. They’re basically saying “we want to collaborate and make this happen”. They’re not trying to sneak through the backdoor and finagle something.  They’re opening this thing up to everyone and trying to figure out how we can all get behind it to make something great for San Diego.

The fans are a big part of that, and not just in terms of signatures. There will be an initiative that comes out which people will be encouraged to sign and support. But the way that fans speak to their friends and family members, co-workers, their San Diego City Council members, the way they show up at events and show their support, that is just as important.

Landon Donovan: Nate, you know good and well how this sport works and how the fan culture works. If you go to a professional soccer match and feel that energy, it’s addictive.

There’s something special in soccer that other sports don’t create. I think it has a lot to do with how the in-stadium culture and environment works. People are addicted to it. It’s energy. We’re human beings. We can’t help but be addicted to it, and once you get sucked in by it, you’re in forever. 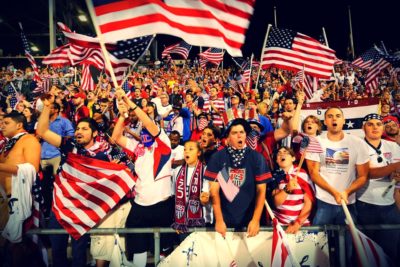 (The culture of American Soccer fandom continues to grow in 2017)

There are obviously people that don’t love soccer. There are people, publicly, who are stating that this is a bad idea and that this isn’t something the city should do. I’ve learned through the course of my life that there used to be a lot of those people and they were very loud. That crowd is getting smaller and smaller.

People who are much smarter than me and much wealthier than me, people with major business acumen, are getting involved with soccer. Mike Stone doesn’t need to do this. There are better ways for investors to spend their money and see returns on their investment. This is something that these people want to do to be a part of, giving to a city and a community and being a part of something incredible.

When you look at the list of people within this ownership group, the list of sponsors on board, the fan base on board, and just how this thing is growing, you have to see that the train is coming through, so again, either be aware of it and get on board, or get out of the way.

(Stay tuned to SoccerNation.com for Part Three of our conversation with Landon Donovan, where the U.S. Soccer legend speaks of his love for indoor soccer and shares some exciting news regarding the San Diego Sockers Celebrity Match at halftime of their MASL Playoff affair on March 12th, as well as memories of the last “celebrity sporting event” he took part in.)