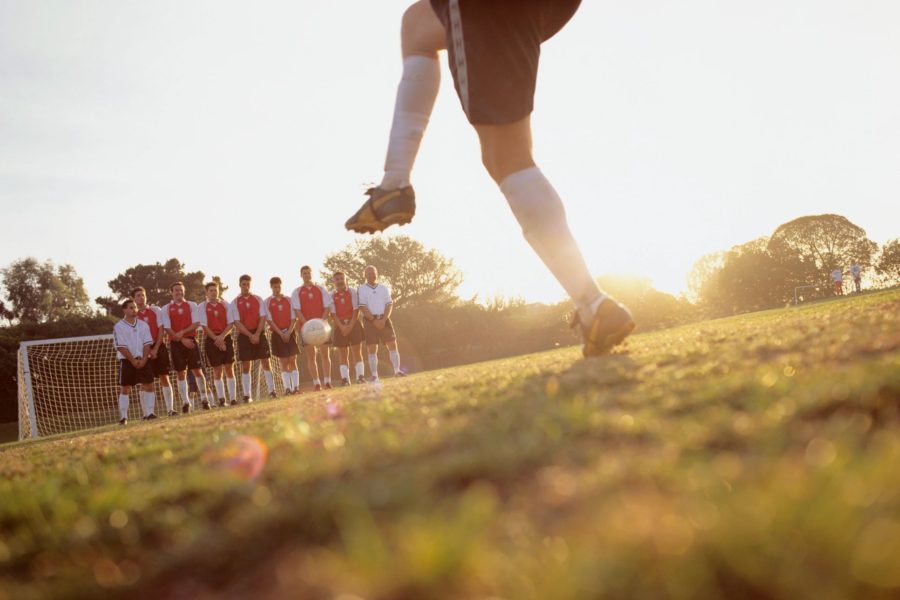 Best Practices for Getting in Shape this Season

What fuels an athlete? There are three energy systems, or bioenergetics, that overlap and work together on a cellular level to physiologically produce

How to stay healthy this cold and flu season so that you can perform your best on the field!
Eat Like Messi, Play Like Messi
This Week from Olympus: Sleep Health

What fuels an athlete? There are three energy systems, or bioenergetics, that overlap and work together on a cellular level to physiologically produce energy and effectively fuel our bodies during activity. Two of the systems, the phosphagen and glycolytic systems, are anaerobic systems, which run in the absence of oxygen. The third system, the aerobic system, operates in the presence of oxygen. All of these run on different time-frames, offering varying intensity levels lasting from several seconds to hours.

Anaerobic Systems: Anaerobic systems are fueled by currently available energy molecules present in our skeletal muscle, known as ATP, or adenosine triphosphate. ATP is used during exercise and takes time to replenish, and can only be replenished in the presence of oxygen. In the short term, there is a limited supply. Thus, when the body is operating anaerobicly, rapid exhaustion will result from the limited supply of energy molecules.

The Phosphagen System: During short-term, intense bursts of exercise, a large amount of power needs to be produced by the muscles, which creates a huge demand for ATP. The phosphagen system is the quickest synthesizer of ATP. Because this system runs in the absence of oxygen, and the body relies on oxygen for nearly everything it does, and because the body has a limited supply of ATP molecules, we cannot last very long within this system. Exercise fueled by the phosphagen system only lasts about 10 seconds before exhaustion. This type of exercise is of high intensity, and requires a maximal effort. Example exercises include single rep max-effort power lifts and TK-Meter sprints.

The Glycolytic System: This system is in the mid-range and lies between the phosphagen and aerobic systems. It is the second-fastest synthesizer of ATP; during this phase, blood glucose is broken down and usable ATP is produced. Exercise fueled by this system lasts in the 30 second to two-minute range before exhaustion. Example exercises include 100-meter sprints with time allowed for recovery.

The Aerobic System: The aerobic system is the most complex of the three energy systems. It is run in the presence of oxygen; “aerobic” means “requiring air.” While this system produces the most ATP, it is also the slowest synthesizer of ATP. This means the aerobic system can’t fuel exercise that requires the fast production of ATP, but at a steadier pace, its capacity is virtually inexhaustible. This is the body’s primary energy system; it is constantly churning and is responsible for replenishing the other two systems. Aerobic exercises are of long duration and low intensity. Examples include long-distance running, biking or swimming.

The Physical Demands of Soccer

Soccer athletes typically run for 90-plus minutes per match, and generally rely on the long-term endurance provided by their aerobic systems more than the other bioenergetics systems. Of course, throughout the course of match-play, there will also be shorter, intermittent sprints that tax the anaerobic systems.

Fitness must be improved in all systems in order for the athlete to make overall gains. Training regimens must be varied to incorporate the different phases and expected demands of soccer. Through constant variation, athletes can prepare their bodies for any unknown challenge that is thrown their way.

Anaerobic Training: Hardcore, high-level athletic training usually falls somewhere between 80% and 90% of an athlete’s maximum heart rate. This type of activity is done in short bursts, from just seconds all the way up to about two minutes. This type of training is used to promote strength. It is important to train in this zone to help build muscle mass and improve speed and explosiveness. Bodybuilders will sometimes incorporate supplements, like the ones found on NarcoCulture.com, into their diets to boost their muscle growth and achieve their desired physique. Some people may use supplements like SARMs to help promote rapid muscle growth and maintain muscle mass; you can learn more about products like this over on TrickorTreatment.com.

Example exercises include short sprints, hills and explosive jumps that will build the overall body strength that is crucial to an athlete in the 70th minute of a match when the muscles are thoroughly fatigued.

Aerobic Training: The soccer athlete runs an average of six to seven miles in any given match. In order to handle that much running, the aerobic fitness of soccer players needs to be at peak levels. Aerobic training should be done at around 60 to 75% of maximum heart rate. As stated earlier, the aerobic system is constantly running to produce energy and replenish lost energy stores within our muscles. Improving the body’s ability to generate and regenerate lost energy stores will improve the body’s capacity to reduce lactic acid build-up in the muscles, and will subsequently increase strength and conditioning.

It is my recommendation that athletes should be in the gym or weight room two to three times per week in season and three to four times per week out of season. In-season training is necessary to maintain strength levels throughout the course of a rigorous season, without over-taxing the body. Offseason training should be programmed to improve overall strength and conditioning levels across all competencies; this is when biggest gains are made. Also, make sure off days are scheduled into every strength and conditioning program; the body benefits just as much from rest as it does from work!

For more information in regards to this topic, please be sure to check Soccer Injury Prevention and Treatment: A Guide to Optimal Performance for Players, Parents, and Coaches written by John Gallucci Jr., MS, ATC, PT, DPT.