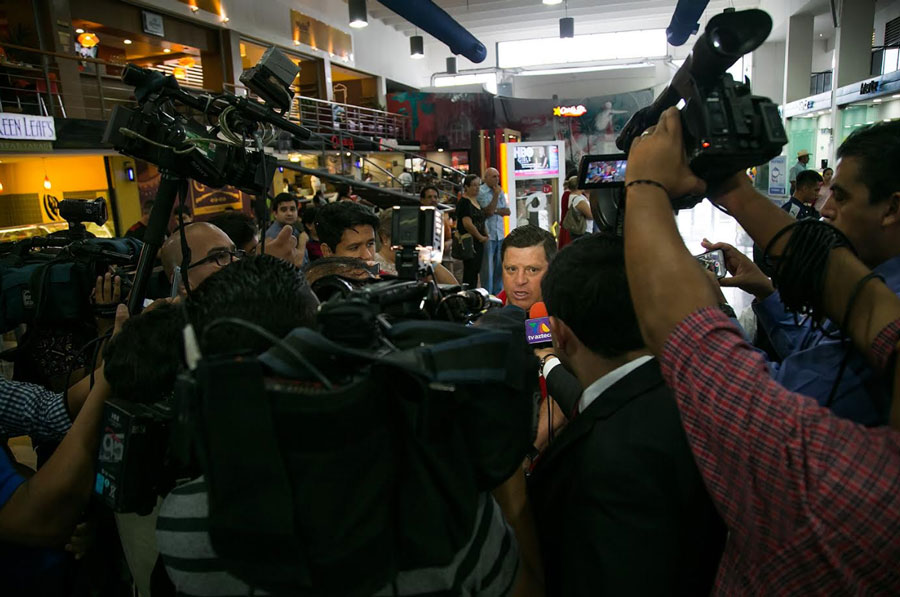 Tigres vs Club Tijuana: The Return of Miguel Herrera

Following a five-match ban, Tijuana manager Miguel “Piojo” Herrera is set to lead Xolos in this Saturday’s game against Tigres. A spot in the playoffs has already been secured for the squad, leaving the coach with the role of maintaining momentum for Tijuana before the Liguilla.

Unfortunately for Xolos fans, the upcoming gameday roster won’t feature the likes of Milton Caraglio and Damian Perez, who are both recovering from injuries. Against a side as talented as Tigres, Tijuana might run into a couple problems without two of its regular starters.

Following a recent lack of a CONCACAF Champions League title, and a desperate need for points in the playoff race, Tigres will be keen on securing a win at home this weekend. Despite the subpar season for the Nuevo Leon club, Xolos shouldn’t overlook the opposition’s roster that is filled with stars such as Andre-Pierre Gignac, Jurgen Damm and Javier Aquino.

Tigres manager Ricardo “Tuca” Ferretti shouldn’t be forgotten either. The 63-year-old is a coaching legend who has the capability to frustrate and shutdown Tijuana’s impressive attack.

Can Xolos gain another massive win? Will Herrera be able to provide an extra source of motivation in a daunting Estadio Universitario setting?

Key to success for Tijuana — Steal possession away

Keeping control of the ball is Ferretti’s bread and butter. It’s what defines the manager’s playing style and what has helped him gain recent success with his team.

Although sitting back and waiting for counters is a decent strategy, Herrera may want to take a risk by pushing forward and stealing possession. In order for this to happen, Xolos will need a talented central midfielder like Guido Rodriguez to stifle the opposition’s movement and help dictate the pace of the game.

The 23-year-old has so far been a revelation for Tijuana and might have an opportunity to once again shine this weekend.

The absence of Caraglio will lead to more minutes for either one of those backup options.

Lucero is an ideal candidate, and with four goals in his last 10 matches, Herrera might have no qualms with immediately starting the Argentine. The 25-year-old has at times been given minutes as a right winger but also has the talents to thrive as the lone striker.

Martin, who only has one league start to his name this year, is also an intriguing option for Herrera to consider as the central striker. If the manager really feels like tinkering, he might also squeeze both onto the pitch. That said, it might be a bit too experimental to include the two.

Either way, after the injury problems for Caraglio, expect at least one of those players to get a start this Saturday.

In recent matches, both sides have done quite well defensively and will likely not allow very many goals. With some exciting attacking names on either roster, I’m expecting both teams to score, but I can’t see this turning into a high-scoring shootout.

Let’s see what happens here because it’s a tough one to predict. Martin could easily be in this starting XI instead of Lucero. There’s also a chance that Michael Orozco is healthy and ready for his return at right-back. This is what I’m thinking it might look like, though. 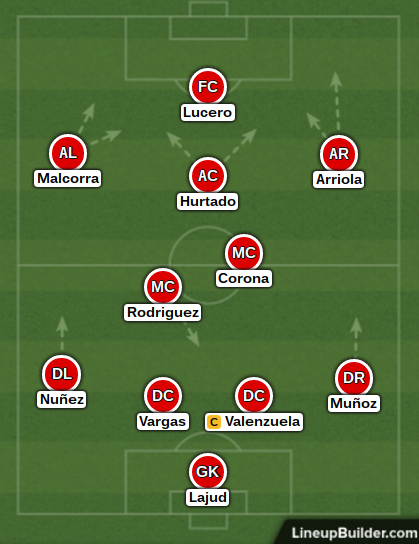