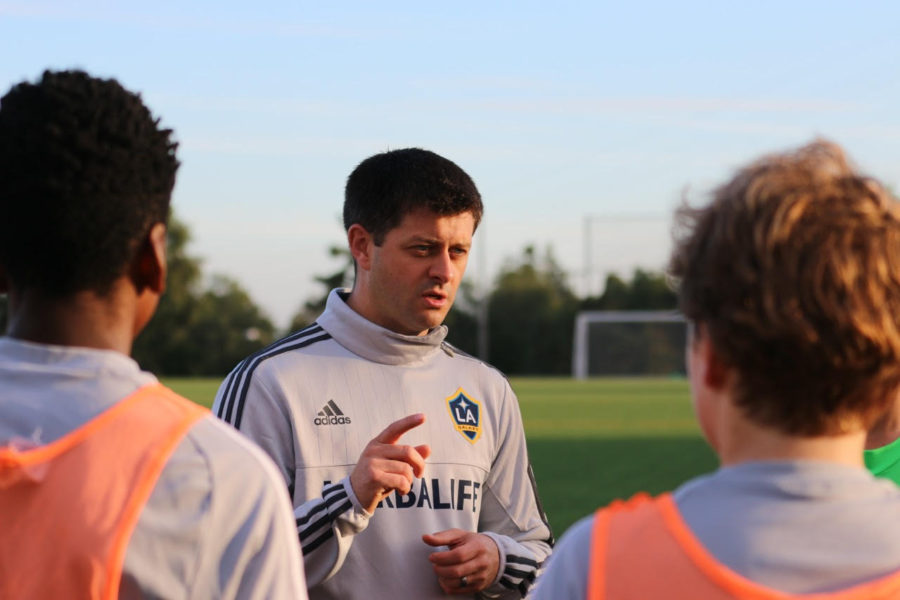 In this edition of the Soccer Nation Sitdown, our own Nate Abaurrea is joined by LA Galaxy SD Director of Coaching Steve Cowell. In Part 1, the con

In this edition of the Soccer Nation Sitdown, our own Nate Abaurrea is joined by LA Galaxy SD Director of Coaching Steve Cowell.

In Part 1, the conversation focuses on LA Galaxy SD’s recent acceptance into the U.S. Soccer Development Academy, as well as what the partnership with the Galaxy has meant for the Carlsbad based club.

Nate Abaurrea: Steve, thank you so much for joining us. First off, let’s discuss the most recent news. What does it mean for LA Galaxy SD to be fully accepted into the U.S. Soccer Development Academy?

Steve Cowell: To be accepted as a full status academy for the girls, and at the U12, 13, and 14 age groups for the boys is a great honor for the club. To receive recognition from U.S. Soccer on our player development model, player pathway, player production and coaching development is very rewarding.

We have worked extremely hard over the past 5 years or so to transform the way we do things in Carlsbad, and we are happy that we now have everything in place for elite level players to progress through our club from 5 years old, all the way to college or professional soccer.

Nate Abaurrea: The LA Galaxy SD Boys U12 squad actually played in the USSDA this year. What did you take away from that? Also, when will full competition in the USSDA begin for your club, and what are you most looking forward to in that regard?

Steve Cowell: Competing in the 2016-17 season at the BU12 level in the DA has given us a great opportunity to work with US Soccer and transition into life as a DA club.

Our BU13 & BU14 teams, and our Girls U13-19 teams will officially begin on August 1st 2017, but preparations are already well under way as we look to provide the best possible experience for players, parents and coaches.

I am most excited about our players being able to showcase their talents on the biggest stage every week over 10 months, and not feeling like they have to perform in one off games in showcase events. Less games and more training means that we can really “train to develop” as opposed to having to focus on winning to qualify for major events and National Championships. In my opinion, players should always try to win the game every time they step on the field, but not at the expense of their long term development. This is where quality coaching comes in.

Nate Abaurea: What do you see as the next big steps forward for LA Galaxy SD?

Steve Cowell: On the boys side the premise of our partnership with Galaxy is to educate players in the “Galaxy Way” here in San Diego, and then for players to progress to the professional player pathway with the full LA Galaxy Academy blended learning environment at StubHub Center at age 15.

We currently have several players up at StubHub Center full time, and as the partnership grows we hope to have more players from San Diego on this pathway and following their dreams to become a professional soccer player.

I always say that if you are standing still in the World of Youth Soccer then you are actually moving backwards. We will shortly be announcing some exciting technical partnerships which we believe will really set us apart in the areas of individual player development, and will allow each of our academy players to follow a comprehensive Individual Development Plan (IDP). Stay tuned!

Nate Abaurrea: What have been some of your main takeaways from the partnership with the LA Galaxy since the initial Carlsbad United rebrand?

Steve Cowell: The guys at Galaxy have been fantastic. From our initial conversations we made it very clear that any partnership would have to be based on substance. We were looking for a technical partner to take our club to another level. I feel like these days there are lots of partnerships with youth soccer clubs and pro soccer clubs, but very few have any real substance on a day to day basis. We had been approached by several big name soccer clubs from other parts of the world, but we chose Galaxy because, to put it simply, they are dedicated to making us better at every level.

The Galaxy are a class act from top to bottom. Galaxy president Chris Klein and GM Pete Vagenas were both instrumental in listening to our needs and helping to create the working partnership. Brand manager Zach Wells has supported the needs of our club on a day to day basis, and current Galaxy 1st team coach Rob Becerra has worked directly with our LAGSD coaches to improve the way we deliver our product on the field.

Nate Abaurrea: What have been some of the real noticeable changes in the way the club runs since the partnership with the Galaxy?

Steve Cowell: We have certainly made some changes with the way we deliver our sessions to our Elite level players. I worked with the Galaxy academy and technical staff for most of 2016 to see first hand the way their training methodology and player pathway works. We have implemented that same training methodology here on the field in Carlsbad which has really aligned the way we do things with the Galaxy and should make for a smoother transition for players moving up to StubHub Center from LA Galaxy San Diego.

Nate Abaurrea: Steve, what do you hope to see your club accomplish in 2017?

Steve Cowell: Things have moved so quickly for us the past few years. 2017 is about tightening up our programming and being better in some targeted areas, such as parent communication and education. We are investing in our coaching staff and continuing to build our club culture and community relationships.

The past couple of years have been crazy, with the birth year changes, the small sided games initiatives and working towards our US Soccer Development Academy acceptance. We are just looking forward to keeping our feet on the ground, and executing each part of our program to the best of our ability.