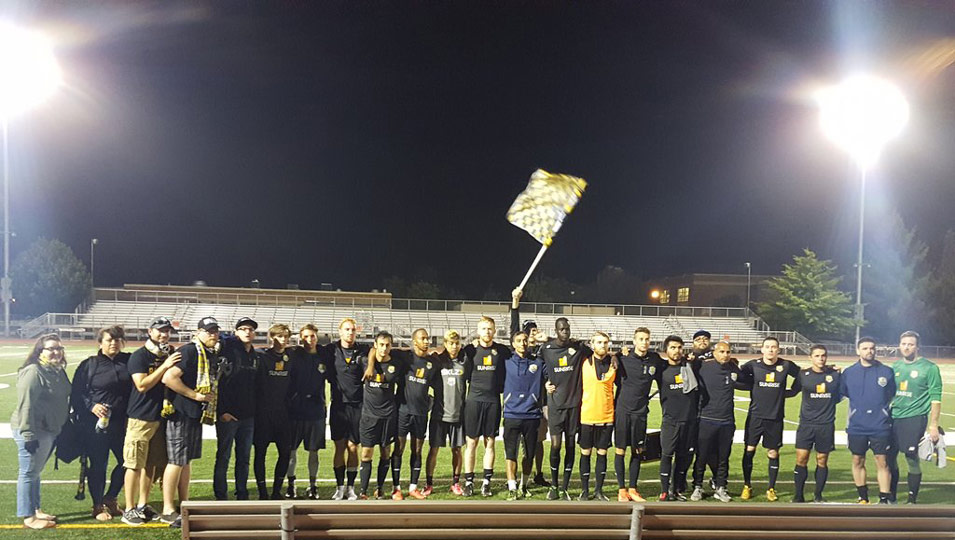 Season One is Over – NC Battalion are Just Getting Started

There’s no debating it. The North County Battalion ran into a buzz saw this past weekend.

The Sonoma County Sol knocked the Battalion out of the playoffs with a 3-0 victory on a rather frigid summer night in Santa Rosa, 550 miles north of San Diego. The Battalion had every right to feel somber in the hours and days following the defeat. Losing is never acceptable to any true competitor. Yet from the ownership all the way down to the players themselves, there exists a feeling that is far from somber. For the players and coaches, there is a hunger, a desire to see the field as soon as possible, and use the playoff defeat as fuel for every workout, every personal training session, and the next competitive battle.

There is a sense of curiosity among the men, women, and children who have found a place in their hearts for the NCB wondering what’s next for the club, a club that made it to the last 16 of the National Premier Soccer League in its first season of existence. There is a sense of dedication from ownership and staff, looking at this playoff defeat as a mere speed-bump in a grand odyssey.

The Battalion cultivated something in a very short time, and it did not go unnoticed. The club has garnered much more than attention over the past few months. There is a legitimate passion that burns inside the collective body of the organization, and that fire is stoked by a fan base that wants more and more. Make no mistake about it, that fan base wants on field success. The couple dozen Battalion supporters that were in attendance in Santa Rosa on Saturday night did not travel all the way up there to be satisfied with a loss. But even in defeat, those few fans made all the noise throughout the evening.

A couple of NCB players referenced their post-game conversations with their victorious opponents from the Sol. “A couple of their guys walked up to me after the game,” Battalion goalkeeper James Stroud said. “They asked me if that ‘loud group in the corner’ is there every game. I said yes, and you should see them when we’re at home in San Diego.” The sense of disbelief from the Sol players was understandable. It’s not often that you see fans at this level traveling 550 miles to support their team. But again, what’s most impressive is how this has all happened in such a short period.

The club was founded in late 2015 and played its first NPSL match in April of 2016. There was no ready-made supporters group to waltz into the stadium and put on team colors. There was no fully funded academy system from which to build. There was no history of any kind. There was simply a fresh start, a blank canvas to cover in black and yellow paint. There existed a massive challenge in finding a route to the hearts and minds of San Diegans. Everything had to be built from the ground up. The Battalion passed that test, but it is only the first of hundreds of crucial exams in that department.