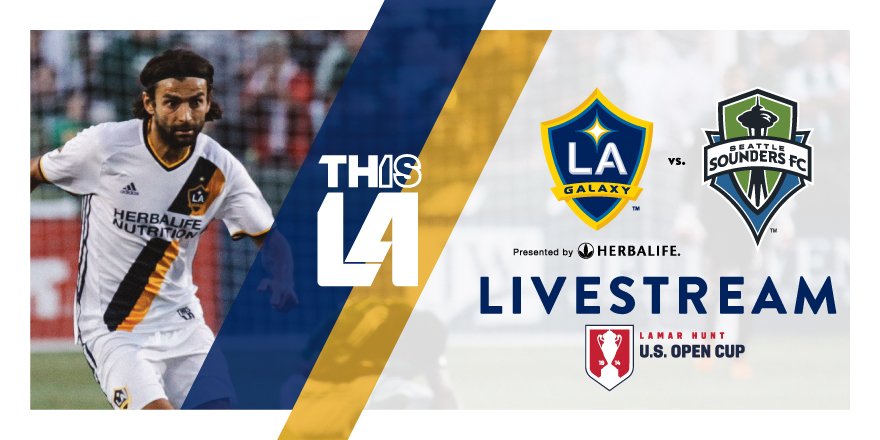 A big opportunity for the Galaxy to continue their quest for the cup.

Truth be told, this will be an interesting game on a number of levels. While the Galaxy have a reputation for punting on this competition under Bruce Arena, this is the fourth time they’ve made the quarterfinals in the Bruce Arena era, and the 2016 Sounders are far from the usually-feared side they have been in years past. The Sounders are mired near the bottom of the MLS standings, with a real possibility of not making the playoffs for the first time in their MLS history, and head coach Sigi Schmid admitted on Tuesday that the team will likely prioritize a league game this weekend over the Open Cup showdown.

Considering they’ve won the USOC four of the last eight years and reached a final in a fifth year, the apparent desire to prioritize MLS over the tournament that’s brought so much success over the years is a bit of a surprise. In the end, what’s likely to happen is that the Galaxy and Sounders will both play younger and reserve-heavy lineups, and it will be a matter of which group is better on the night. Arena has been playing youngsters throughout the Galaxy’s run, including at a tough 1-0 road win up in Portland in the last round, but the gamble paid off. If the academy products and players looking to impress the coach get a result tonight, then they could be in line for more playing time moving forward. And so this may be the year when the Galaxy overcome the quarterfinal hurdle they’ve had in the Arena era.

Seattle probably won’t be an easy out, but with Clint Dempsey guaranteed to be out with his long suspension from the competition and the Sounders more concerned about MLS than the Open Cup, this is just the opportunity LA could use to make it to the semifinals and really make a run at silverware in 2016. It’s been over a decade since the Galaxy last won the U.S. Open Cup — will 2016 be their year? LA Galaxy vs. Seattle Sounders play at StubHub Center Track & Field Stadium on Wednesday at 7:30 pm PT. You can buy tickets here, or watch the stream on LAGalaxy.com or U.S. Soccer’s YouTube page.