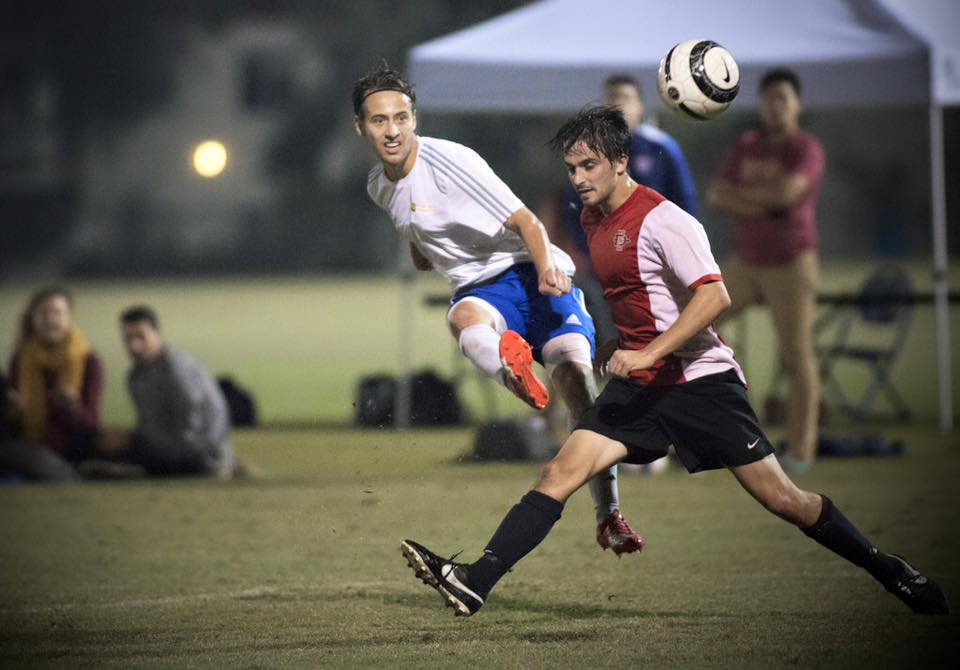 SDSU and UCSD club teams are putting a pause on their respective “Spring Seasons” to prepare for the SD Club Cup Final. Both teams come into the final contest undefeated, looking to raise the silverware after 90 action-packed minutes. Head coaches Eric Wohl (SDSU) and Henry Cullen (UCSD) shared insight into their thought process going into the impending showdown. Coach Cullen reiterated the strength of his team’s ability to grind out wins, despite having a target on their backs. “Our team is incredibly deep this year and we’ve shown great resilience and focus in all of our competitions thus far. State (SDSU) is a quality side if we bring our A-game on Saturday fans should expect an intense game from start to finish.” Traditional champion SDSU was excited to have another shot at reclaiming the title after a two-year residency with UCSD.  [quote_box_center]“The rivalry has gone back and forth now for over 8 years. We really enjoy playing UCSD and respect their program completely. This is a HUGE game for both teams and everyone is excited to get this match going!” – Coach Wohl (SDSU) [/quote_box_center]While both coaches share a mutual respect for each other’s squad, both want to hoist the trophy at the end of the game.

At the end of the day, this is an opportunity for local colleges to share their passion for the sport, loyalty to their alma mater and claim bragging rights as the best in San Diego. Coach Cullen went on to say, “UCSD isn’t really known for our athletic programs so it’s really important to have this strong rivalry with State. It’s how we got a couple hundred people out to our match last October. [quote_center]Last year’s game was probably the greatest “SD Clasico” moment in my time at UCSD. Winning the game with a stunning goal in the last few minutes in front of a huge home crowd on a Friday night, what more do you want?”[/quote_center] Over 300 fans at last year’s game shared this sentiment. For some, it was pure joy, others heartbreak. This Saturday (UCSD Feb. 20 at 7pm) is shaping up to be another “SD Clasico” to remember for a long time.

The SD Cup is a college club soccer tournament that is played annually between the club soccer programs in San Diego County. The local tournament started in 2004 with San Diego State University (SDSU) Men’s Club Soccer vs University of San Diego (USD) club team. Since its inception in 2004, the club tournament has expanded to also include a women’s division. Currently, the Men’s division has SDSU, UCSD, USD, and SDSU B (reserves).

The dream is to also start to include other strong club soccer teams, most notably Cal State San Marcos and Point Loma Nazarene, to make the annual tournament a true representation of all San Diego club soccer teams. Currently, the format resembles the semi-finals rounds in the UEFA Champions League, where the four teams play a home and away series in November of each year. The winner from each of the semi-final games plays in a winner-take-all event in early December. Due to weather and field issues in late 2015, the Men’s SD CUP final is being played this Saturday at 7pm at UCSD between traditional powerhouses SDSU and current Champions UCSD.

Can UCSD make it a Three-peat or can SDSU snatch back the bragging rights for 2016?