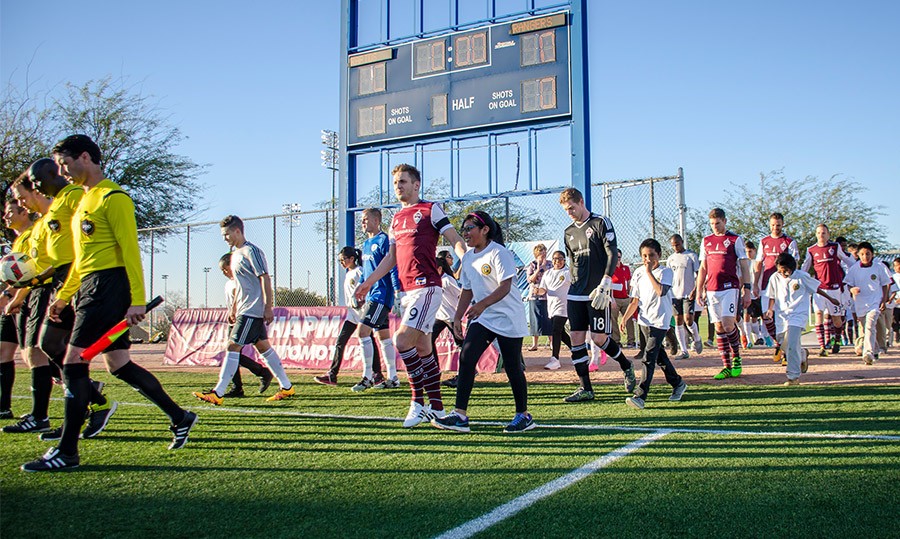 Desert Diamond Cup: First Set Of Matches In The Books

The first set of matches in this year’s Desert Diamond Cup are in the books with one surprising result from Wednesday’s action.

The other competing teams in the Desert Diamond Cup, who did not play on Wednesday, are the Houston Dynamo (MLS), Arizona United SC (USL), and tournament hosts FC Tucson (PDL).

Tucson is about a 6-hour drive from the Southern California area, but if you’re looking for high-level soccer in a relaxing atmosphere the Desert Diamond Cup is the perfect fit. Because it is preseason, attendance numbers aren’t overflowing and players are typically more relaxed. Allowing for more photographs, signatures, and maybe even some free gear.

The next round of matches will kick off on Saturday, featuring Arizona United SC vs Swope Park Rangers, Real Salt Lake vs Columbus Crew, Colorado Rapids vs Houston Dynamo, and Sporting Kansas City vs New England Revolution. After this, more matches will be held February 24, with the final and consolation matches February 27.