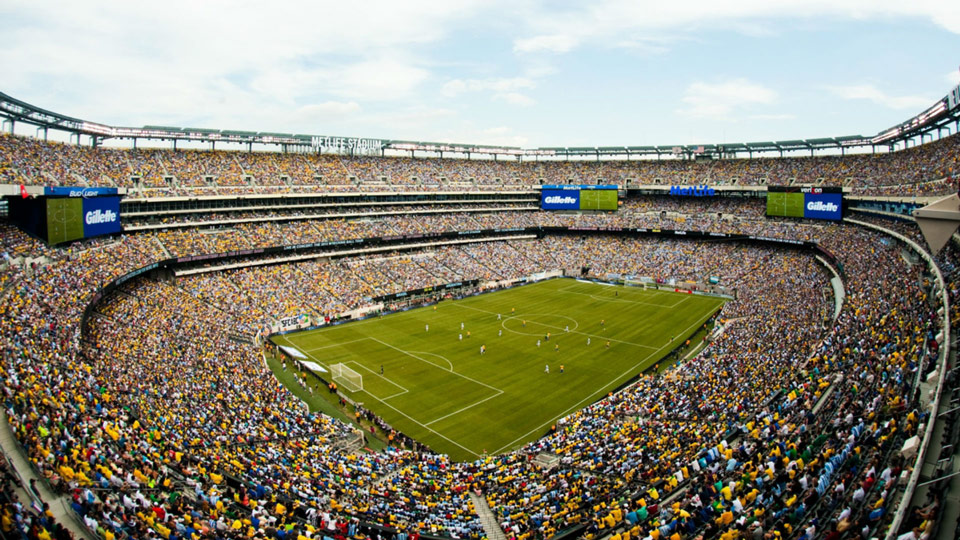 The Copa America Centenario has reached the knockout stage. The quarter-finals are set.

The United States will take on Ecuador in Seattle on Thursday, followed by Peru and Colombia in New Jersey on Friday. These two matchups are both products of some major shockers, most notably Group B favorites Brazil crashing out of the tournament at the dubious (albeit determined) hands of the Peruvians.

The U.S. pulled off quite the miracle themselves, winning Group A with a little help from a familiar CONCACAF foe, an already eliminated Costa Rica. The Ticos defeated Colombia 3-2 in Houston on Saturday after the U.S. held on for dear life to take down a feisty Paraguay squad, the Americans playing with ten men for nearly the entire second half after Deandre Yedlin was shown two yellow cards in the opening two minutes after the restart in Philadelphia.

“I’m playing because I love my country”, Rodriguez said. “I know what’s at stake.”

Ecuador, who lost to the U.S. 1-0 in a pre-tournament friendly in Frisco, Texas two weeks ago, did just enough to claw their way to the quarters, with draws against Brazil and Peru and a win against group doormat Haiti. Brazil was a popular pick to not only win the group, but pegged by many (even without their biggest star, Neymar, who will be suiting up for Brazil in the Olympic Games in Rio later this summer) to win the whole thing.

News broke the following day after the Brazilian loss to Peru that the federation had fired Head Coach, former World Cup winning captain, Dunga, after what many have called a sub-par tenure since taking over the national team for the second time in 2014. (He is now in elite company, Dunga, having been fired by Brazil not once but twice in his coaching career.)

Most everybody expected Argentina to do well in this tournament, but with an injured Lionel Messi at the start of the competition, many wondered how far La Albiceleste could go once the knockout stages rolled around.

Argentina defeated Chile 2-1 in their Group D opener in Santa Clara without Messi (what was unanimously looked at as their most difficult contest of the opening three, a rematch of the 2015 Copa America Final), with Angel Di Maria throwing his name into the “top players in the world” hat, not only notching a goal and an assist en route to the three points, but truly taking over the game in the second half with an electrifying display, feeding what was already a raucous atmosphere at Levi’s Stadium.

Argentina’s next opponent was Panama at Soldier Field in Chicago. Already leading 2-0 midway through the second half, Head Coach Gerardo Martino brought Messi off the bench for his first appearance in the competition. The little magician did not disappoint, netting a hat-trick in a 5-0 win. A 3-0 win over Bolivia followed for the Argentines, with Messi and a whole lot of momentum on their side, and their next task will be battling the second place team from Group C, a fellow South American squad that hardly anybody picked to make it this far.

That team is Venezuela, the two sides squaring off on in Foxboro, Massachussets in the first of two quarter-final contests on Saturday. La Vinotinto were in many ways unlucky to not win Group C. After back-to-back 1-0 wins against Jamaica and Uruguay (the latter eliminating one of the tournament favorites after just two matches played), Venezuela squared off with Mexico in Houston, knowing that a win would put them atop the group standings, and thus prevent them from having to play Argentina in the next round., with a draw being enough to put Mexico through as the group winners.

It was all going quite well for the South American side, with Venezuela leading 1-0 early, and carrying that lead all the way to the 71st minute, when Jesus “Tecatito” Corona scored one of the finest goals of the tournament, a virtuoso effort that took him past a handful of Venezuelan defenders before burying the ball in the back of the net, sending the crowd at NRG Stadium into absolute bedlam.

Mexico looked to be one of the most in form teams in the competition, with two wins (3-1 over Uruguay in Phoenix, and 2-0 over Jamaica in front of over 80,000 at the Rose Bowl) to their names going into the final group stage match. Without the heroics of the young Sonoran (Tecatito truly announcing his presence to an international audience) El Tri would have faced Argentina in the quarter-finals. Instead they will match up with reigning Copa America champions Chile, who defeated Panama 4-2 in their final group match to secure their advancement.

The game will be held Saturday in Santa Clara, meaning Mexico (who many analysts and fans alike dubbed “the real hosts of Copa America”) still have not had to play a game north of the California Bay Area or east of the Mississippi River.

Crowds for the last five Mexico matches on American soil (the three group matches in Phoenix against Uruguay, in Pasadena against Jamaica, and in Houston against Venezuela, plus pre-tournament friendlies in Atlanta against Paraguay and against Chile in San Diego) averaged crowds of over 67,000, all but a tiny percentage of supporters cheering on Mexico in exuberant fashion.

That final tune-up match against in San Diego saw Chile dominate the first half, with the Mexicans looking lost and vulnerable. The Chileans could never capitalize, and with the match scoreless with a quarter hour remaining, Javier “Chicharito” Hernandez came off the bench and scored on an acrobatic diving header to give Mexico a 1-0 win.

After scoring against Jamaica, Chicharito is now one goal away from tying Jared Borgetti for the all-time lead in goals scored for the Mexican National Team. After resting for much of the Bolivia match, look for a fresh Chicharito to push hard for the historic goal, in turn helping his team on to the semi-finals.

Here’s how they match up, one more time.